Qatar and Turkey together continue to achieve success 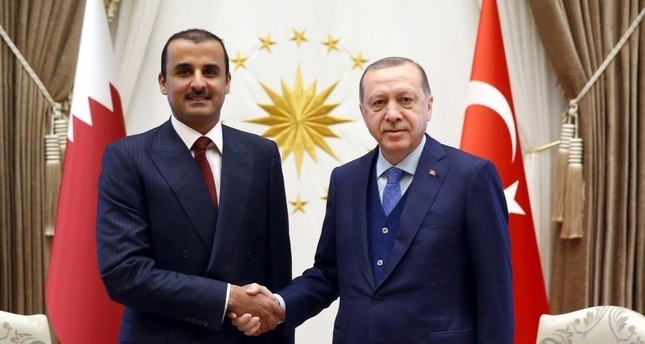 The fraternal relations between Qatar and Turkey have developed rapidly in various fields over the past few years. Consensus in visions and harmony in regional policies between the two countries have contributed to a qualitative leap in the bilateral relationship, especially at the political level.

Thanks to the vision of His Highness the Amir, Sheikh Tamim bin Hamad al-Thani, and his Excellency the President of the Republic of Turkey Recep Tayyip Erdoğan, in 2014, the Supreme Strategic Committee was founded with the mandate to establish solid and sustainable relations.

As a result of joint efforts of the officials of our countries, over the past three years; we have signed more than 40 agreements and memorandums of understanding in politics, economy, security, culture, tourism, education, health, media and a number of other sectors.

In the past two years, the relationship between Qatar and Turkey has undergone two serious and real tests. The first concern was the failed coup in Turkey in July 2016, and the second, less than a year later, has been the Gulf crisis with Qatar and the brutal blockade imposed. by the four siege countries. However, because of our solid relations based on solid foundations, we have been able to overcome difficulties and challenges in Qatar and Turkey, and to continue our common path successfully.

Economy is one of the most important and fundamental issues for our two countries. Almost 13 years ago, the volume of trade between Qatar and Turkey was only about $26 million, while in 2016 it reached about $835 million. This means that we have doubled the volume of trade nearly 35 times in less than two decades.

Despite the fact that we have accomplished this achievement in a relatively short time, we are striving to improve economic relations, reflecting the excellence of the bilateral relations between the two countries. We want to raise the volume of trade between Qatar and Turkey in the future to $3 billion in the first phase, and then to $5 billion later. We know that it is an ambitious goal, but it is not impossible if the two sides work harder, as we think that there is a real opportunity right now.

We believe that the recent Gulf crisis has helped speed up this trend. Turkish exports to Qatar increased 51 percent in August, while trade in the first half of 2017 reached about$ 600 million. This means that the volume of trade between our two countries for 2017 will see an increase compared to figures from 2016.

The rapid flow of Turkish goods and products into Qatar over the past eight months has helped break the embargo imposed by a few countries on us. Through close Turkish-Qatari cooperation, we have succeeded in turning this challenge into a valuable opportunity. We believe that it is necessary to build on the above in order to establish long-term partnerships and agreements, especially as our two countries have great economic potential to achieve high-level economic integration.

When it comes to investments, our mutual investments have jumped dramatically over the past decade. Our direct investment in Turkey from July 2002 to July 2017 has reached about $1.5 billion. Today, we have around 121 Qatari companies operating in Turkey in various sectors such as infrastructure, industry, banking, communication and media technology.

In contrast, there are about 186 Turkish-Qatari companies operating in Doha. Their activities concentrate on infrastructure, contracting, construction, engineering and trade. Turkish companies in Qatar executed projects worth more than $11.6 billion.

After we lifted visa requirements, the freedom of movement for Turkish and Qatari investors in the public and private sectors became greater. Thus, they are now able to diagnose and examine the right opportunities directly, as well as to easily follow up private investments unhindered.

Nevertheless, we believe that there is also a need to push the private sectors in the two countries to expand their own initiatives and partnerships with the public sector. Therefore, we are working to help by freeing it from bureaucratic restrictions that may limit or hamper its activity, and we are always open to listening to the private sector's proposals that may help achieve the ultimate goal of the two countries.

In this context, it is possible to say that the e-market initiative, which was recently launched in cooperation between the Qatar Postal Services and Turkish Post (PTT), is one of the innovative initiatives that contribute to the long-term vision that we are talking about.

The e- market will offer many Turkish products to Qatari consumers at the lowest cost and in a relatively very short time. It will encourage producers to adopt modern and sophisticated means to market their products and increase their production through e-commerce.

There is also a need to facilitate and support periodic meetings between businessmen from the two countries, which will help strengthen the strategic economic partnership between the two countries. Expo Turkey in Doha is one of the most important initiatives in this field and we hope it will serve as an incentive to create more economic opportunities in the future.

Let me conclude by saying that we are very optimistic about the future of economic relations between the two countries and we are working hard and sincerely so that the results of our efforts are in line with the aspirations and hopes of the two peoples.