What does corruption mean for Africans? 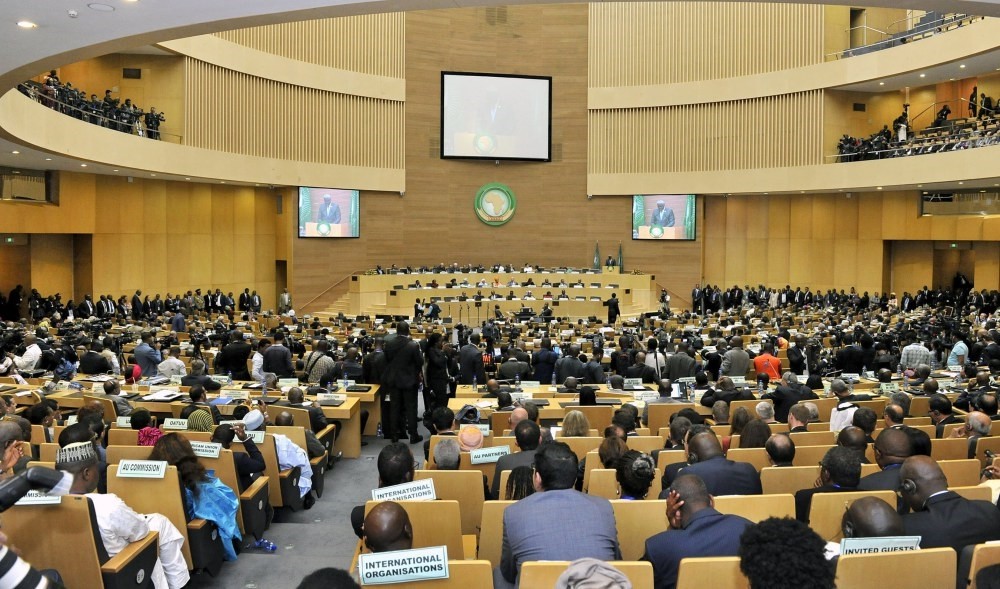 A general view during the 30th Ordinary Session of the Assembly of Heads of State and Government of the African Union, Addis Ababa, Ethiopia, Jan. 28.
by Mevlüt Selman Tecim Feb 02, 2018 12:00 am

Fighting corruption should not be the initiative of the African Union and the different governments alone. The campaign should commence at an individual level, then at the household level and finally with the public

The 30th African Union summit opened in Ethiopia's capital, Addis Ababa, on Jan. 28, based on "Winning the Fight against Corruption: A Sustainable Path to Africa's Transformation." The African Union estimates the continent loses over $148 billion every year because of corruption. The summit comes at a perfect time when several African countries are suffering due to fraud. The two-day summit saw the 55 member states collaborate on an array of initiatives.

Nigerian President Muhammadu Buhari, as a keynote speaker, presented three anti-corruption initiatives by organizing African Youth Conferences against corruption, mobilizing AU member states to implement the African Union Convention on Preventing and Combating Corruption and advocating the strengthening of the criminal justice system. From this point, these ideas and initiatives seem flawless. However, many Nigerians say that they want to see more done in their country to be convinced that the whole continent can be changed. The topic of corruption is inextricable, and therefore we will try to approach it in a simple manner.

Corruption is associated with the illegal acquisition of power, personal gains or in some instances individual gains often at the expense of other people. Fighting fraud is entirely possible because it involves fighting cartels in different sectors, both private and public, through identification of potential avenues that promote it. African societies are filled with concerns about corruption because of the rate at which it is widespread and accepted as a way of life.

First, to be able to come up with a solution to the problem, the cause of corruption must be identified, as people do not become corrupt by default. They indulge in it because the system has trained them to believe in it, so they dance to its tune. Causes of this crime vary. The roots of corruption in a democratic country like Tanzania are different from a dictatorship like North Korea.

We tend to think that corruption is something that originates from the government. That is not the case. Corruption starts in households. The act of enticing children, asking them to do a particular task for a little money, are favors, the genesis, and the revelation is what is at a broader level. In fact, in some homes in our country, that is how corruption starts. The conditioning of the child's mindset is set to reason in a way that nothing is doable without a handout. The mushrooming of this habit has led to the need to convene meetings and conferences to try to handle this menace.

Second, poverty not only results in corruption, it also motivates it. Many African countries are poor because of the leaders. It is not because they lack resources. Desperation encourages the poor in African countries to engage in corruption. A vast majority of Africans live on less than $2 a day. According to 2010 United Nations figures, 239 million people in sub-Saharan Africa are undernourished. Poverty, therefore, prompts a person to do all it takes to ensure that at the end of the day he satisfies the needs of the family.

Education systems also breed corruption. In many African countries, exam cheating has been commonplace. Corrupt cartels sell exam papers to parents to enable their children to get excellent grades guaranteeing them entry to university. It is difficult to obtain official results in the education system, thus the need for reforms.

Schools want to perform well by forging results and purchasing exams for students, thus breeding incompetent individuals who believe that for them to be successful there must be an element of forgery. Most developing countries have low rates of adult literacy. Having literate individuals is important because they can smoothly go through articles online, books and newspapers. They can critically evaluate their positions and help curb the menace, but the problem is that very few people can access quality education.

Another issue is unemployment. The number of unemployed youth in Africa is very high. It is because of the outcome of the corrupt education system. After finishing school, teenagers are not able to apply the educational skills they acquired to solve real-life challenges because they are half-baked. Unemployed youths, therefore, succumb to illegal ways of earning a living out of desperation. Countries with a high rate of corruption have a higher percentage of unemployment because vice affects growth.

A related issue is that many countries in Africa also encounter corruption because of drug trafficking. Unemployed youth are the ones who create demand for drugs due to desperation. They see it as consolation. Drug barons have to bribe their way to import and export drugs. Cocaine and heroin are used by youths because of illiteracy and unemployment.

Most African leaders are ready to do anything to protect their posts. Indeed, clinging to power exacerbates already rampant corruption in African countries. Electoral bodies are designed to make sure that those in power remain in their positions. Governments of the day are uncomfortable with neutral individuals leading the body, which is a recipe for corruption. The electoral body of Kenya, the Independent Electoral and Boundaries Commission (IEBC), presided over the Oct. 26, 2017 elections by an individual with questionable credentials. It shows that the rot in the system goes deep, and there is a dire need for reform. Politicians use their positions in government to embezzle funds merely because they know they are the legislators. Politicians who are seen as role models are the pioneers of fraud.

After dwelling this long on the causes of corruption, one must focus on how to curb it. For the first time, corruption has been selected as a theme at the annual meeting of the African Union. I expect that the remedies for this menace will be discussed and actual steps will be taken to tackle corruption. The solutions are straightforward, but challenges will sprout up when it comes to putting them into action.

Creation of employment for youths should be the premier priority. It will reduce the poverty level. People will be able to live sedentary lives with less hustle. The government will have to work with investors to create jobs. Technological infrastructure investment should be part of the mission to enable youths to learn more skills.

Each African country should strengthen and empower its anti-corruption body. They should be independent and work with international agencies monitoring corruption around the world. The bodies will see to it that offenders face the law.

Installation of electronic monitors and other technology to monitor corruption in governmental bodies and businesses will help curb the menace of corruption. Installation, however, should be in secret places, and not quickly tempered gadgets. The gadgets will help track drug peddlers easily, thus rescuing children from the chains of addiction.

Low-level bureaucrats, as well as police officers, need to make enough money, an element that will foster satisfaction, thus making them detest bribes. They will honor the amount they receive due to satisfaction. Basically, as is known, traffic police can be corrupt. However, not all will abide by their salary, but a notable change will prevail.

To sum up, fighting corruption should not be the initiative of the African Union and the different governments alone. The campaign should commence at an individual level, then at the household level and finally with the public. Corruption can transpire anywhere in the world; therefore, as agents of change we need to walk the talk of fighting crime. It is my sincere hope that the 30th Africa Union Summit will yield results based on winning the fight against corruption as a sustainable path to Africa's transformation.

* M.A. at SOAS, University of London in African Studies and works for TRT World