The threat of foreign fighters in Daesh, YPG ranks 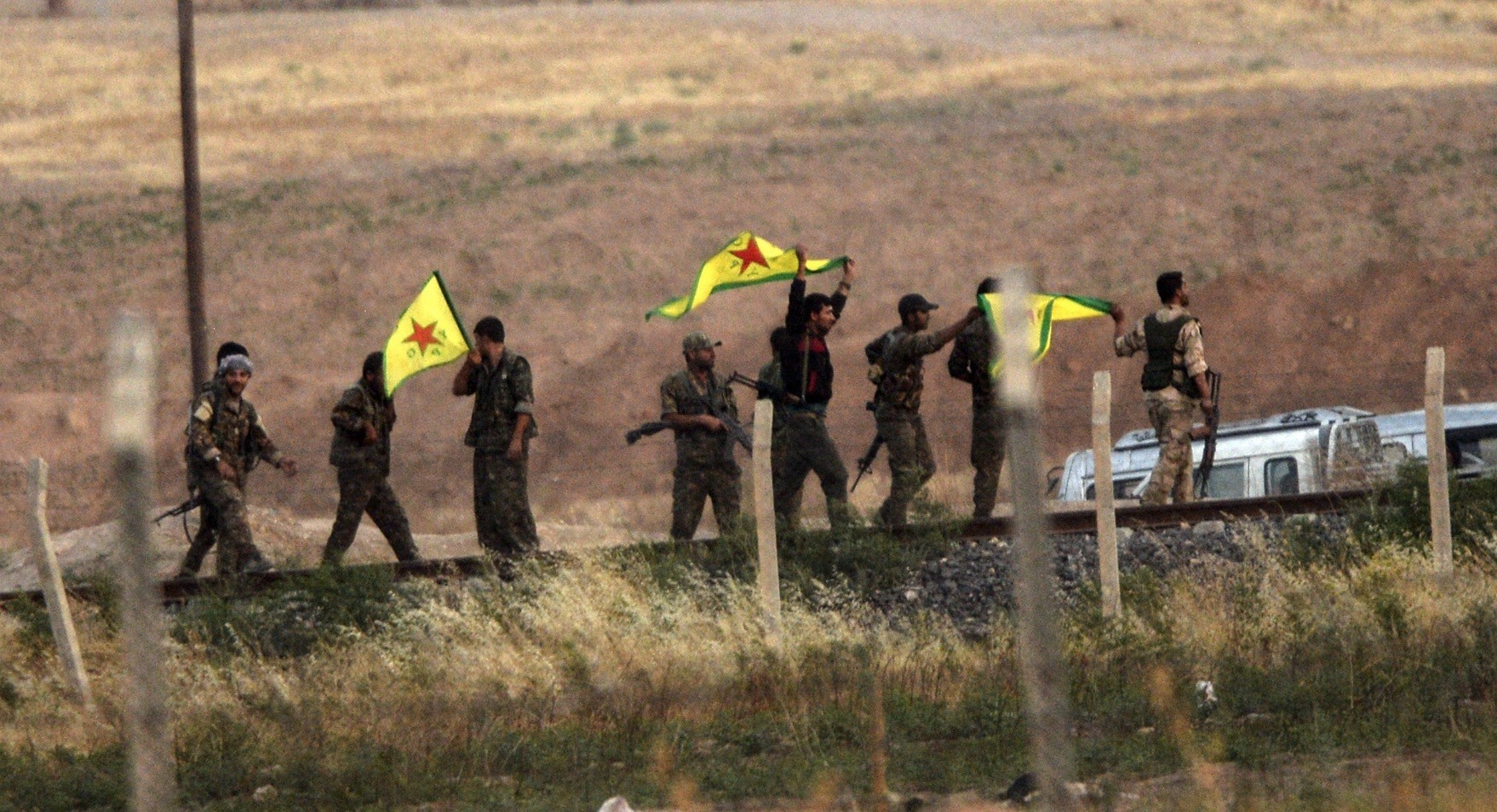 The concept of foreign terrorist fighters (FTF) has long been debated within terrorism studies and academia globally. Operation Olive Branch, executed on Jan. 20 by the Turkish Armed Forces (TSK) and the Free Syrian Army (FSA) against the People's Protection Units (YPG), has demonstrated this even further. The YPG is a Syrian affiliate of the PKK – a terrorist organization internationally designated by the Kingpin Act and other international sanctions. Debates exist within Western media as to whether the YPG and PKK are the same organization, aiming to whitewash both. The YPG was reportedly set up by the PKK at its eighth congress in October 2003.

From the initiation of Operation Olive Branch against the YPG in Afrin, Syria, visual propaganda has been released by the YPG press office of foreigners, primarily from Europe, and even China, issuing statements as to why they had come to Afrin, with narratives of saving the Kurds and fighting off the Turks. The PKK's official media outlet, the Firat News Agency (ANF), has been used to spread this propaganda on social media and other mobile platforms as well, including Telegram, again another tactic used by the Daesh terrorist group.

The videos released by the YPG have demonstrated two very important points to consider. Firstly, the YPG utilizes technology for its propaganda just like Daesh. A rule of thumb in terrorism analysis is terrorist organizations tend to learn from each other in terms of strategy and propaganda techniques. Such can be seen with these videos. Secondly, the YPG attracts foreign terrorist fighters with military backgrounds, most likely those who have experience from paramilitary organizations such as Blackwater and others.

In order to understand the YPG and its strategy, one would need to understand the foreign fighter phenomena better. According to Thomas Hegghammer, a foreign fighter is "an agent who (I) has joined, and operates within the confines of an insurgency, (2) lacks citizenship of the conflict state or kinship links to its warring factions, (3) lacks affiliation to an official military organization; and is unpaid." In addition to this definition, U.N. Security Council Resolution 2178 states: "Foreign terrorist fighters increase the intensity, duration and intractability of conflicts, and also may pose a serious threat to their States of origin, the States they transit and the States to which they travel, as well as States neighboring zones of armed conflict in which foreign terrorist fighters are active and that are affected by serious security burdens, and noting that the threat of foreign terrorist fighters may affect all regions and Member States, even those far from conflict zones, and expressing grave concern that foreign terrorist fighters are using their extremist ideology to promote terrorism."

The YPG has been trying to play with narratives and the labeling of its foreign terrorist fighters. YPG propaganda uses specific labels such as "international fighters" to distance it from being labeled as a terrorist group and to bring legitimacy and justification to its acts of terrorism and its narratives among the Kurdish population in the Middle East. The FTFs in the YPG will de-stabilize the region even further, bringing in more conflict and fueling terrorism with fresh legs coming from abroad such as those from the Raqqa Antifa group who have traveled from Raqqa to Afrin, and are fighting against the Turkish state.Typical protocol of FTF returnees would be to have their passports confiscated and be incarcerated whereby the person involved in terrorist acts abroad would be prosecuted for his or her links to a terrorist organization and also being involved in the killing of civilians and security personnel in the region of conflict. Western governments have applied this protocol for Daesh fighters. Passports have been confiscated and FTFs have been put into prison, but what about the YPG?

The FTF phenomenon has been mostly watered down to jihadists in terrorism studies literature and national security policies. Rather than focusing on terrorism as a whole regardless of ideology, current national security policies, including the latest National Security Strategy (NSS) published by the U.S. administration in 2017 have minimized terrorism to groups such as al-Qaida and Daesh. Operation Olive Branch has proven otherwise.

U.S. President Donald Trump's NSS says: "Many of these jihadist terrorists are likely to return to their home countries, from which they can continue to plot and launch attacks on the United States and its allies." What is very concerning here is the blind eye to leftist terrorist organizations, including the PKK, YPG and Democratic Union Party (PYD) that aim to do the same act in the name of global revolution.

The concept of global revolution is a pinnacle of the PKK and other leftist organizations. The PKK's imprisoned leader, Abdullah Öcalan, said he had taken dramatic inspiration from one of Turkey's symbolic leftists Mahir Çayan. Çayan's philosophy aims to bring about revolution in Turkey by eliminating social classes through terrorism. Öcalan, on the other hand, has specifically said in interviews that he will also bring about revolution, but will not localize it to Turkey, but make it global, starting in Kurdistan. Öcalan has also said he will bring about a model of democratic confederalism in the Middle East, and set it as a global example for international revolutionaries.

At the moment, FTFs being fought by the TSK and FSA aim to terrorize Kurds in Afrin, and also bring this ideology back to their own countries whereby acts of terrorism will most likely be initiated in the name of global revolution, just as Öcalan had proclaimed and planned.

Governments should look to the threat posed by YPG FTFs, especially since they are very high risks. The ideology of global revolution is very contagious and will affect youth in foreign countries if not treated as soon as possible. The YPG's FTFs pose the same threats as other foreign terrorist fighters from groups such as Daesh and al-Qaida. State building by bringing about anarchy is aimed for by both organizations, and Western governments should treat both threats equally.

In conclusion, the strategic importance of Operation Olive Branch in combating terrorism for national security purposes, especially FTFs, could be seen even further. Taking all the above factors into consideration, what will foreign governments do concerning leftist foreign terrorist fighters? Will national security strategies be revised to include leftist terrorist organizations, as well? These are some questions that should be thought about.

* Researcher at the INSAMER Research Center