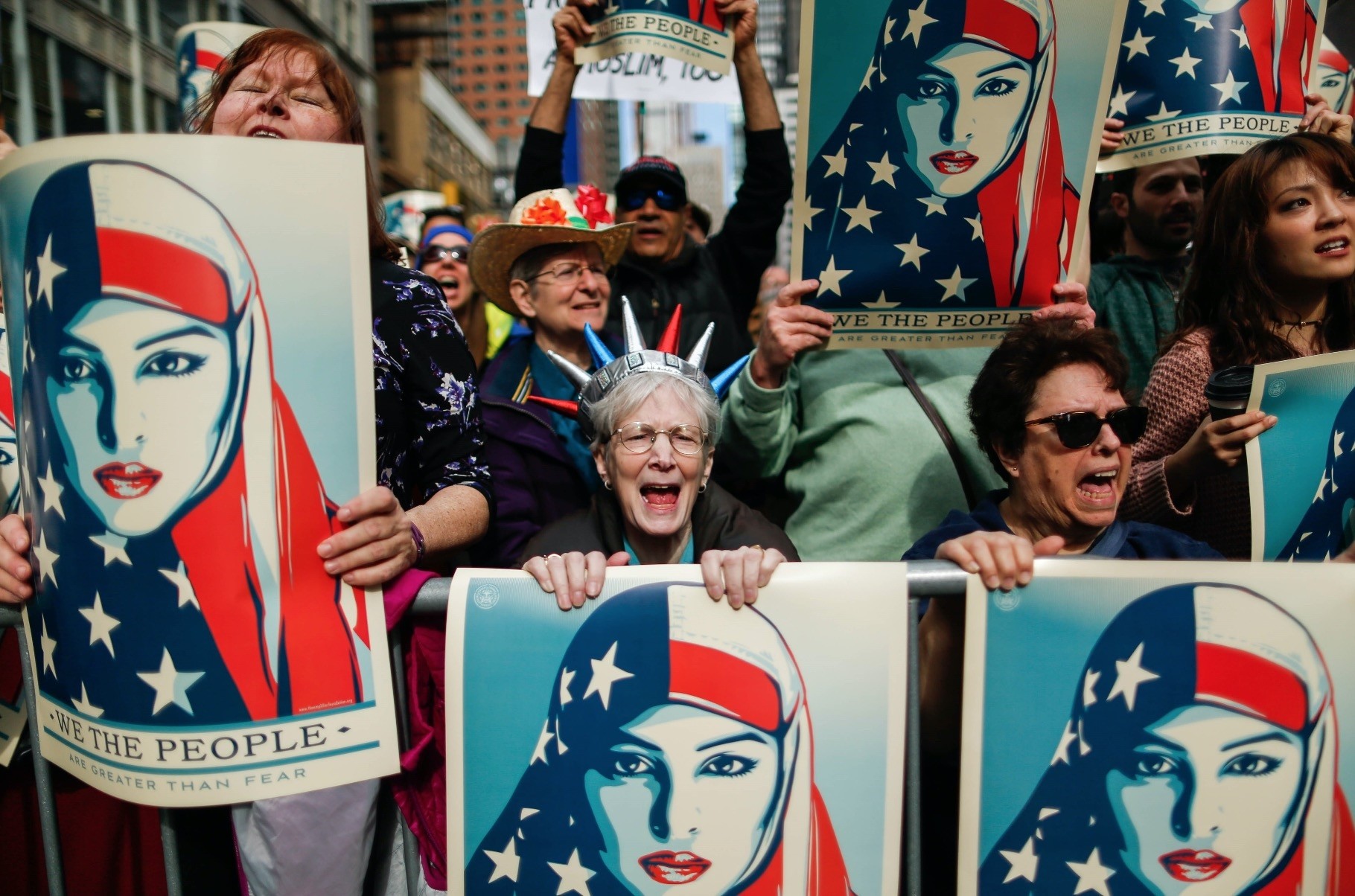 On Feb. 1, women of all faiths and ethnic backgrounds around the world joined in a global movement of solidarity with those Muslim women who struggle for their right to don the hijab and wore a headscarf for a day. They participated in the now well-established World Hijab Day (WHD), which has been organized as a worldwide event every year since 2013.

The Bangladeshi born, now U.S. national Nazma Khan, founded the World Hijab Day. In middle school and high school her decision to wear the headscarf caused her to go through painful experiences of discrimination and verbal harassment. With the WHD her aim has been to pave the way for more tolerance towards women and girls like her, as well as to raise awareness about the struggles that Muslim women wearing the hijab around the globe go through every day.

The event was celebrated but also contested on social media under hashtags such as #StrongInHijab and #WorldHijabDay. While participant testimonies applauded aspects such as the empowerment women experienced while covering their hair in whole or part, opponents disapproved of the event and referred in their criticism to recent demonstrations by Iranian women against the country's dress code policies. The WHD is seen as romanticizing the headscarf and at the same time ignoring that in some social contexts women are trying to break free from rules that impose the headscarf on them.

In any case, it is important to raise awareness of Muslim women's headscarf as a question of choice. While in some women struggle for their right to wear the headscarf, others struggle for their right not to do so. In both cases, however, women's agency is held captive and we should acknowledge that advocacy for freedom of choice should not be a one-way street. To stand for women's right not to wear the headscarf but oppose the right to wear it, or vice versa, would be hypocritical.

But, while I as well was invited on social media to join the WHD and share its initial message, that of tacking prejudices about the hijab as well as increasing solidarity between Muslim and non-Muslim women, I started to ponder, to what extent can or should we expect such events to succeed in their mission?

If self-determination is a common interest that all women around the world want to fight for, participation in the WHD is a means to question imposed definitions of covered Muslim women as oppressed or backward.

Islamophobia as a set of attitudes is detrimental for the women who wear the headscarf as it reduces them to the mere scarf and to the "symbolic meaning" the Islamophobe thinks that the scarf has. By donning the hijab for a day, a non-Muslim woman can educate her social circle in which Muslim women might not be represented, about the way in which the hijab might cover part of a woman's body, but that it should not be a barrier for anyone to see her as a human being with a personality that goes beyond the piece of cloth on her head.

Also, participants of the WHD may raise awareness about the fact that the headscarf as a practice of dress should not be bound to certain localities or times. Any woman, in any country, in the 21st century should be free to choose the headscarf as part of her dress and wear it based on her decision not to reveal what she does not want to, except to those whom she chooses. Forcing her to abandon the scarf is as much of an imposition as forcing any woman to wear a piece of cloth that she does not feel comfortable with. The headscarf is thus part of the woman's right for bodily integrity.

Studies on Islamophobia in Europe such as "Forgotten Women" by the European Network Against Racism and the "EU-MIDIS II Second European Union Minorities and Discrimination Survey Muslims – Selected findings" by the European Agency for Fundamental Rights, have shown, that Muslim women, especially, are victimized on a daily basis and discriminated against in the labor market, suffering even more from verbal harassment and violence than Muslim men or even those Muslim women who do not wear the headscarf. Without a doubt, the WHD has a positive influence on fighting prejudices, but Islamophobia has often-deep-rooted institutionalized forms which we have to acknowledge and find sustainable solutions for.

For this reason, even though the one-day experience of the non-Muslim women who participate in the event might be "empowering," it is far from the lived experiences of Muslim women who cover up. This experience is bound up with other aspects such as race and ethnicity, often even social class, and most importantly, religious experience.

The latter, especially, cannot be shared or experienced, if one does not have the recognition of and emotional connection to the scarf as a religious practice. For those women who don the hijab out of the deep consciousness that it is part of their religious experience, it is a significant part of their identity, their view of the world and themselves in it. Thus, bearing the consequent discrimination or harassment is extremely traumatic as any hateful comment or hate crime targets the woman for what she is. Someone who can remove the scarf the next day without having to go through a complex inner conflict about the decision and its possible effect on one's identity cannot possibly live that experience.

Since the headscarf is often the one thing that identifies the woman as a Muslim within the masses, it is this visible difference in appearance that the Islamophobe does not want to be confronted with. The "Muslimness" of a woman does not change if she is forced to take off her headscarf and any ban will not contribute to the decreasing of Muslim presence in non-Muslim countries. Bans merely contribute to the decrease of Muslim visibility.

As long as Islamophobia is manifested in discourse, or in physical or verbal attacks, or institutionalized intolerance that targets the hijab due to its essence of being a religiously motivated practice, events such as the WHD cannot dismantle this pernicious discrimination. There is much more work that needs to be done.

For example, in order to factually influence policy and support the counter narrative in which too often Muslims stand alone, those supporting the Muslim women's right for hijab should communicate with their local politicians to advocate for the equal treatment of Muslim women, support civil society's work against Islamophobic legislation, raise awareness about racial and religious discrimination in the labor market and at workplaces, and of course manifest civil courage by speaking up when witnessing harassment of Muslim women in public spaces.

Islamophobia is a social pathology that requires everyone's attention in each of the remaining 364 days of the year, as much as the hate the hijab receives on World Hijab Day.

* Research Associate at the Center for Islam and Global Affairs and a Ph.D. candidate at the Alliance of Civilizations Institute