Is a joint position on Syria possible? 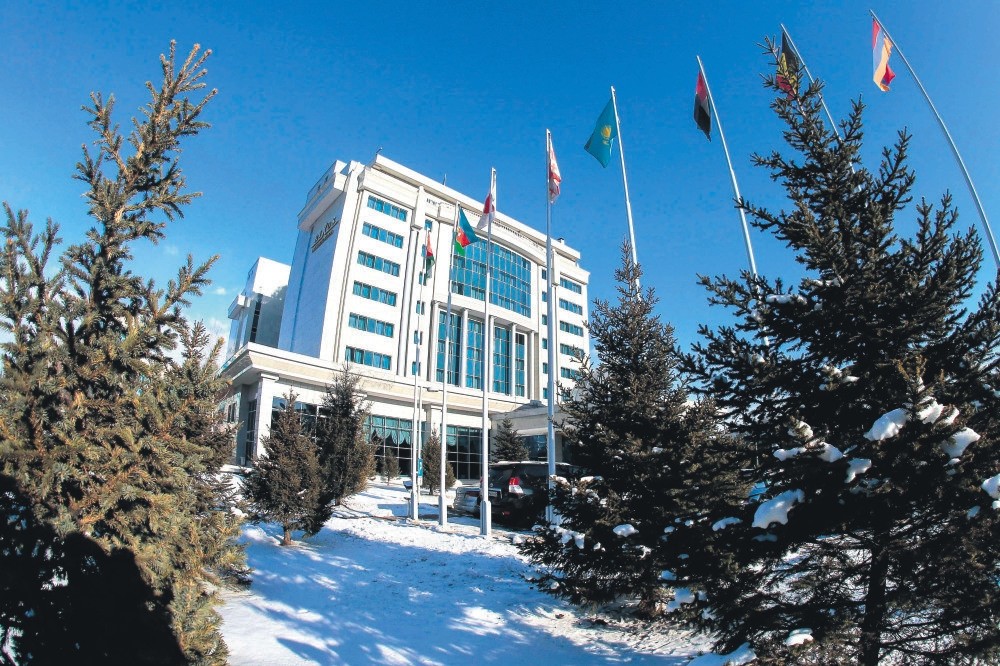 There is no axis shift regarding Turkey, as Ankara is determined to keep its commitments and is willing to adopt a joint position on a solution to the Syrian war

The latest Syria summit held in Ankara, which brought together the leaders of Turkey, Russia and Iran, was closely watched. Three issues stood out during the summit. The first was an agreement on Syria's territorial integrity, the second was the decision to adopt a joint position on all separatist violence without distinguishing between terrorist groups in Syria and the third was the initiatives to be taken to prevent further harm to civilians in Syria. It also stressed that the Astana and Sochi talks should produce results together with the U.N.

The next summit is scheduled to be held in Iran. Thus, the continuity and persistence of the initiative developed by these three countries was confirmed again. Turkey's successful operations in northern Syria have been closely watched lately. Since the outbreak of the Syrian civil war in 2011, Turkey has been following a consistent line regarding the country's territorial integrity. And concerning Syrian refugees, although it was largely left alone, Turkey has put in the most praiseworthy humanitarian performance in recent memory. Syrians began to return to the regions that were cleared of terrorist groups. Meanwhile, the number of terrorist attacks in Turkey dramatically declined following Operation Euphrates Shield and continues now with Operation Olive Branch. Turkey also maintains extensive cooperation concerning foreign terrorists with every country when requested.

Turkey, which has a long land border with Syria, exercises the right to take measures in line with humanitarian responsibility and its right to legitimate self-defense stemming from the U.N. Charter. The latest summit confirmed Ankara's position on that, too.

Also, Russia and Iran's presence in the region is well known. In order to achieve meaningful outcomes, this partnership should be mobilized via the U.N. and with the participation of the U.S. and coalition countries, as well. At this point, a difference emerges between the U.S. and coalition members in terms of both their view of the Democratic Union Party (PYD) and their projections for the future of Syria. In fact, it is hard to say that Moscow and Tehran agree with Ankara about the PYD. Although Turkey, Russia and Iran hold different views regarding this issue, they have obviously achieved progress. Their agreement on Syria's territorial integrity bolsters this achievement. I think the lack of a similar understanding with the U.S. is the root cause of problems. Combined with the disagreement over the PYD, that divergence brings about the current situation.Obviously, when the U.S. intends to turn a PYD corridor in northern Syria into a statelet with its People's Protection Units (YPG) militia, talking about Syria's territorial integrity becomes impossible. In other words, the two are closely related.

But which one is the more rational choice? Partnering with a terrorist group that has been defeated by NATO-member Turkey, legitimizing it, granting it statehood and eventually dividing Syria into three parts in such a way as to trigger new conflicts or, if the ultimate goal is peace, letting Syrians decide their future themselves, as Russian President Vladimir Putin suggests, within a united Syria?

Of course, rationality depends on the situation on the ground. Before Euphrates Shield and Olive Branch, the creation of a PYD statelet in the north and partition of the country into three regions may have seemed more rational. But the rationality of this plan seems to have largely waned after these operations. Turkey has declared that it would not allow a "terror corridor" just across its southern border and that it would take every risk to prevent its formation, expecting support and understanding. Ankara's sensitivity may not have been appreciated or found relevant. Just as the U.S., Britain or France would not let Daesh establish a state along their borders, so would Turkey. No matter how much the PYD is praised or is distinguished from the PKK, Ankara has legitimate concerns regarding the issue.

The so-called axis shift was mentioned again following the above-mentioned tripartite summit. Yet, Turkey continues to keep all its commitments, particularly to NATO, the EU and U.N. President Recep Tayyip Erdoğan attended an EU summit in Varna, Bulgaria, just a week before the Ankara summit. He held several telephone conversations with U.S President Donald Trump at the same time. Again, he talked with French President Emmanuel Macron. Turkey has done much more, much faster than demanded, concerning refugees and foreign terrorists and saved Europe from a serious crisis.Despite double standards and despite being left alone, Ankara has not shirked its responsibilities in the organizations and unions it participates in, nor has it taken offence or allowed any abuse. In other words, not only is there not an axis shift, Ankara is quite determined and clear on this issue. Turkey is a part of the Western bloc. Undoubtedly, Turkey strives to make its presence known in every part of the world and advances its cultural and commercial relations. Regarding Syria, it is cooperating with major powers to restore peace there. It refrains from knee-jerk reactions like burning bridges. It does, however, voice its objections to unacceptable positions on itself and takes the steps it deems necessary by relying on diplomacy.

If the U.S. had achieved an understanding with Turkey, a strategic partner and NATO ally, as Ankara had demanded for years, Trump would not have had to backtrack four times after declaring that the U.S. would soon withdraw from Syria. If the U.S. had conducted the Raqqa operation not with the PYD but with Turkey, as Erdoğan offered during a visit to Washington, there would be a different situation in Syria now. Shouldn't those who aligned the U.S. with a communist terrorist organization that terrorizes local people engage in self-criticism after thinking on this?

Indeed, Turkey has proven that it has this potential by achieving a huge military and humanitarian success against Daesh during Operation Euphrates Shield and against the YPG during Operation Olive Branch. The strongest argument the U.S. has offered for supporting the YPG was that it is the most effective fighting force against Daesh on the ground. But this has been proved wrong.

Moreover, U.S. officials also say that the fight against Daesh is winding down. In this sense, there is no need for the YPG anymore. As for terrorist attacks by foreign terrorists in their original countries, Turkey will always remain a reliable partner as it has been against Daesh. But what argument is left to support the YPG other than dividing Syria?

The decision about the YPG ultimately comes down to Syria's integrity. When a consensus on its integrity is reached, the problems between the U.S. and Turkey will be solved. We have not, however, really talked about the plight of civilians and peace in Syria from the very beginning.

The principle that it is up to Syrians to decide the future of Syria is a democratic and ethical stance. Syria's Kurds should not be left to the mercy of a terrorist organization. And the large number of people not affiliated with the PYD or PKK should be allowed to return to their homes. This can be achieved only through a constitutional reform and political transition process in Syria. During these processes, Syrians may agree on different choices in a united Syria. What the great powers should do instead of paving the way for new conflicts is to ensure that a democratic process begins to prop Syria back on its feet.