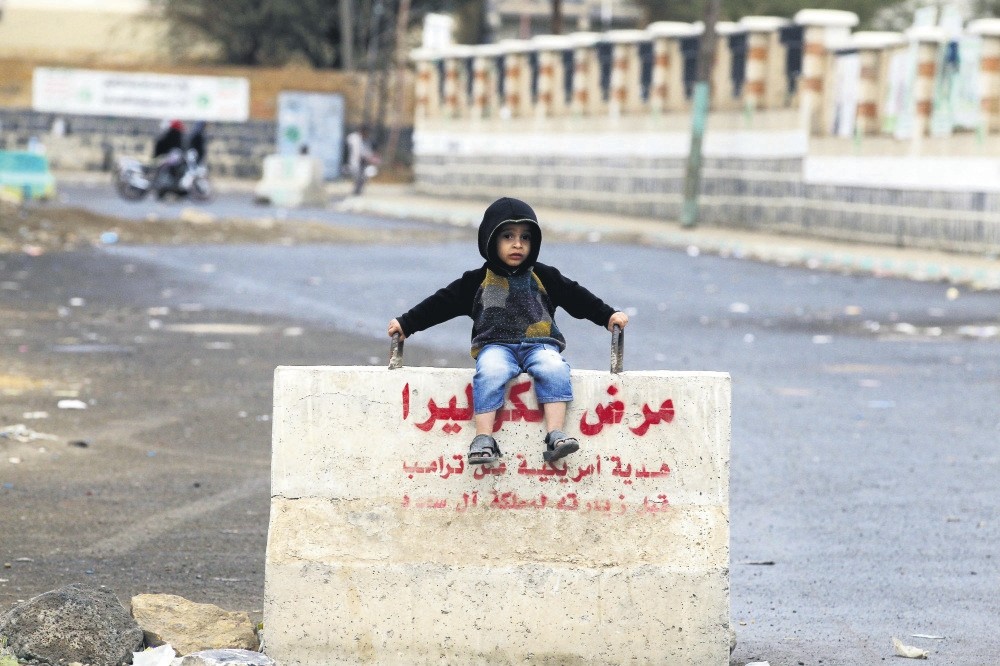 International actors remain silent on the escalating violence between Saudi and Iranian proxies in Yemen, while Saudi Crown Prince Mohammad Bin Salman hides behind the reforms that the country has undergone recently

Civil uprisings that turned the Arab World upside down pushed Yemen into a long-lasting conflict. Yemen's President Ali Abdullah Saleh became the fourth leader to step down from office during the Arab Spring in 2011 after 33 years of authoritarian rule. Saleh's deputy Abdrabbuh Mansour Hadi became the new president promising democracy with a new constitution and fair elections. However, the transformation process not only failed to heal societal fault lines but alsoturned Yemen into a battle zone of regional adversaries; Iran and Saudi Arabia.President Hadi's transitional government failed to make the necessary reforms.

The opposition was also deeply fractured among Islamists, socialists, tribal alliances, Houthis and the southern independence groups. Endless negotiations among the opposition itself and the government made little progress to form a consensus for the future of the country. Nearly four years later the revolution Arab world's poorest country entered a civil war. Unfortunately, the Yemeni people's attempt to bring democracy to their country drifted the country in the opposite direction. Al-Qaida in the Arabian Peninsula's presence in the country, the Houthi uprising, fragmentation in bureaucracy and armed forces between Saleh's and Hadi's supporters drifted Yemen into a continuing quagmire.

The Houthis are a theological movement that has found support in the northwestern regions of Yemen alongside the Saudi Arabian border. The group, whom are of the Shiite sect of Islam, has been getting support from regions with sole Shiite power such as Iran. For the Sunni central administration of Yemen, they have always been an issue. Between 2004 and 2010 they got into a low-profile conflict. Although the sides reached an agreement in 2010, it was halted when the Houthis showed support for the street protests that led to President Saleh's resignation.

In 2014, Saleh and the Houthis aligned their forces to overthrow the Hadi government. Houthis' partnership with Saleh and his tribal allies extended their legitimacy beyond the Shiite minority. In September 2014, the Houthis with the support of Saleh's forces captured the Yemeni capital Sanaa and dissolved the parliament and occupied key positions of the administration. President Hadi somehow had the chance to escape besieged Sanaa and fled to his home city Aden to continue fighting.

Saudi Arabia's involvement in the conflict

The Saudis formed a coalition with their allies in the Gulf to help the Hadi government. For Saudi Arabia and its Sunni allies in the Gulf, the Houthis are a bigger threat than they appear to be in Yemen. The possible success of Shiite Houthis in Yemen poses a risk which might trigger Shiite revolts in the Gulf. Moreover, Houthi existence alongside Saudi Arabia's Yemen border is making Saudi Arabia vulnerable to Iran's infiltration. This is the case of missile attacks on the Saudi Capital Riyadh from Houthi-held areas in Yemen. Although the Houthi expansion has been largely stopped by the Yemeni government and the coalition, they are far away from victory.

Saudi efforts to break the partnership between the Houthis and former President Saleh have been successful. However, Saleh was killed in December last year by the Houthi forces right after he announced the divorce. Although Saleh's group has joined the coalition against Houthis, they are weaker without Saleh in charge. It is not only the opposition that experienced a breakup; the Saudi backed government and the United Arab Emirates (UAE) backed South Yemeni groups have also had a breakup. The UAE-backed groups, which have been trying to restore independent South Yemen, had been fighting alongside President Hadi's government forces up until early this year, until their breakdown.

The fate of the conflict in Yemen closely relates to latest developments in Saudi Arabia. The Saudi Kingdom is going through a series of radical changes. While the country is liberalizing the social and economic sphere with top-down reforms of Crown Prince Mohammad bin Salman (MBS), the young prince is becoming the one man of the Arab Kingdom.

Saudi Arabia's Yemen campaign has been a tool to silence possible opposition against reforms in the domestic scene. The conflict in Yemen and a tough stance against Iran are being used to strengthen MBS's rule. The latest liberalization reforms in the society and the economy have also attracted much consent from the international community. Unfortunately, reforms in Saudi Arabia attract much more attention than the country's Yemen policy that has led to a complete failure and disaster.

Taking into account all these and the little military progress in the field, Saudi Arabia intensified its aerial bombings and put an air, land and sea blockade around Yemen to cut off Iranian support to the Houthis. Though the blockade has done little effect to stop the Houthis, the Yemeni people are living in a humanitarian disaster under the Saudi blockade.

While there is no hope for an imminent resolution between the sides, the humanitarian disaster has been growing day by day. More than 13,000 civilian causalities have been recorded by the United Nations. Man-made famine has been threatened lives of more than half of Yemen's 27 million population. Two million people fled from conflict zones and large swathes of rural areas controlled by al-Qaida in the Arabian Peninsula are living in camps. More than 15 million people are deprived of food, safe water and sanitation. At least 600,000 people have been exposed to cholera in an outbreak due to the blockade and collapse of Yemen's infrastructure.

While the humanitarian organizations working in Yemen are facing hardship, little can be done to help the people in need. The humanitarian crises in the country have already exceeded the one in Syria. According to the United Nations, unless the situation changes in 2018, Yemen's humanitarian crises will be the worst in the past 50 years.