For Whom the Bell Tolls: Foreign terrorist fighters of the PKK, YPG 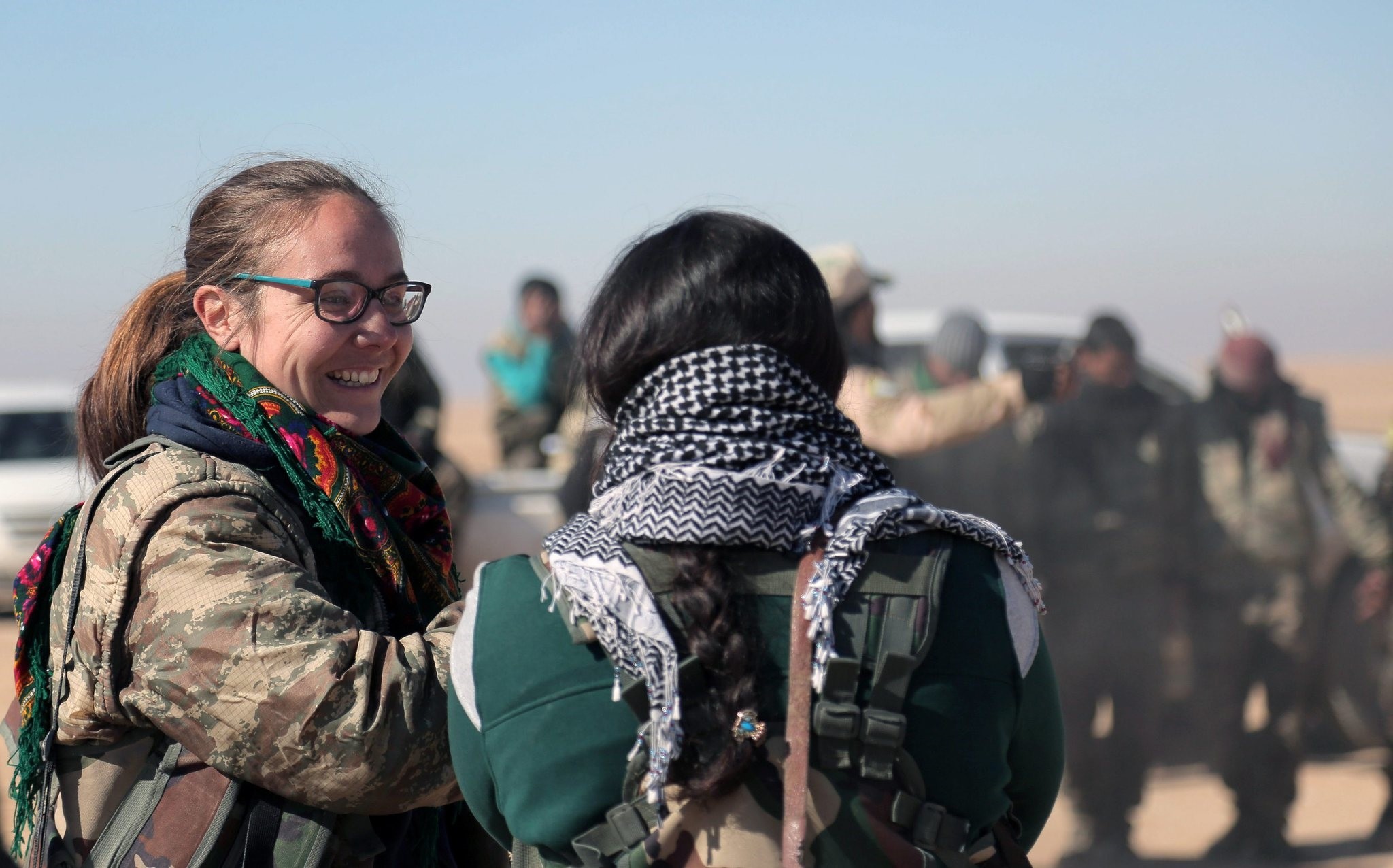 Foreign terrorists from various parts of the world who have joined the civil war in Syria have caused many problems so far, but the most important problem, their return, seems set to be an issue in the coming years for Europe and the United States

Surely you must have read the work "For Whom the Bell Tolls" by the famous Ernest Hemingway. As you may recall, this work depicts events from the eyes of an American Spanish professor who served as an explosives expert in the Spanish Civil War. Therefore, in this famous work, Hemingway recounted the story of a foreign fighter. After Spain, the flow of foreign fighters has also increased to other parts of the world. A new notion has emerged after developments in Syria and Iraq: Foreign terrorist fighters.

The concept of Foreign Terrorist Fighters (FTFs) came to the fore after the spread of Daesh in Syria and Iraq in 2014. Daesh's invitation to sympathizers from all over the world to fight the region caused the U.N. Security Council to take resolution number 2178 on FTFs on Sep. 24, 2014.The point of view of the Western countries where the concept of FTFs is extensively studied, stem from the threat that those FTFs will be able to generate when they return to their home country today. As a result, Western countries focus primarily on enlisting in structures like Daesh, showing only a minuscule interest in enlisting in the PKK terrorist organization and its armed People's Protection Units (YPG) and Christian militias. This approach was reflected in U.N. Resolutions 2170 and 2178 and the FTFs concept was defined in the context of the Daesh and al-Qaida organizations.

With the growing presence of Daesh in Syria, many FTFs have also joined the PKK/YPG terrorist organization since 2014. However, Western countries have not been interested in this topic. The subject has been evaded with terms such as "volunteer" or "legionnaire." Westerners/Europeans who joined the PKK/YPG have not been prosecuted. Starting in 2014, the PKK/YPG started to make calls to foreigners via internet and social networks to fight against Daesh. Nearly 1,200 FTFs from England, the United States, Canada, Australia, Germany, Denmark, Greece, Finland, France and even China have joined the ranks of the PKK/YPG.Today, the establishment of a state for the PKK has become a means to spread international socialism. We see that projects like "democratic autonomy" that have nothing to do with PKK practices but are kept up to date with pompous expressions, inspire leftist movements in Europe and the U.S. Currently, there are hundreds of extremist leftist terrorists within the PKK/YPG terrorist organization who will return to the West with their weapons training, their experiences in terms of violence, their criminal links and their extremist ideas. We know the historical links and the contacts between the PKK and leftist extremist groups in Europe. So one day, Western FTFs will pose a major threat to Western security and international order.

The main reason for Western support for the PKK/YPG terrorist organization is that the PKK/YPG is "secular." However, there is a mistake in this reasoning since the secularism of the PKK/YPG has nothing to do with modern Western secularism or their democratic perception. The PKK/YPG rather follows the secularism of the Soviet political bureau and the Chinese Communist Party. This is why the secularism of the PKK/YPG cannot be transformed into economic and political liberalism for the reconstruction of Syria. The socio-political structure and economic production models applied by the PKK/YPG terrorist organization in the areas it controls are based on "communes" within the framework of the Maoist paradigm. It would be wrong to wait for the formation of "a region with a Western approach" on Syrian lands controlled by the PKK/YPG. There will never be an opening like the free trade economy, individualism, freedom of expression or liberal entrepreneurship in these regions, because the PKK/YPG dreams of communal utopia and defined by the notions "neo-Maoist" and "neo-Stalinist."

A large number of Western experts and observers (including people sympathetic to the PKK terrorist organization) are not persuaded that the PKK has changed (despite all statements to this effect). "The experience of Rojava" gave no other result than to repeat the tradition of "the precursor Leninist party" and "cult of Stalinist leader" of the PKK.

Is there any guarantee that foreign terrorists within the PKK/YPG will not commit an attack on a country later? In the same way, will not these people known for their Leninist-Stalinist identity constitute a terrorist threat against a group with an ideology different from theirs when they return to the West? These foreign terrorists will bring back with them to the U.S. and Europe their combat experience, the training they received from the terrorist organization as well as extremism. They will pose a serious threat to the U.S. and Europe, whether alone or with far-left groups. Their experiences in Syria will make radical groups in the U.S. and Europe more radical and will influence their actions. The violence and the extent of their violence will increase. Homemade bombs will certainly replace Molotov cocktails.

In summary, recognition of Western FTFs to expand in northern Syria to increase their capacity for action, poses many risks from the point of view of the security of Europe and the West to the medium and long term. The West must take action on this and end their support for the PKK/YPG. Otherwise, their citizens who joined the ranks of the terrorist organization PKK/YPG today will one day return to their lands, in the U.S. or Europe, as a Stalinist form of "Anders Behring Breivik" and that day the bells will ring for the West, I'm afraid.