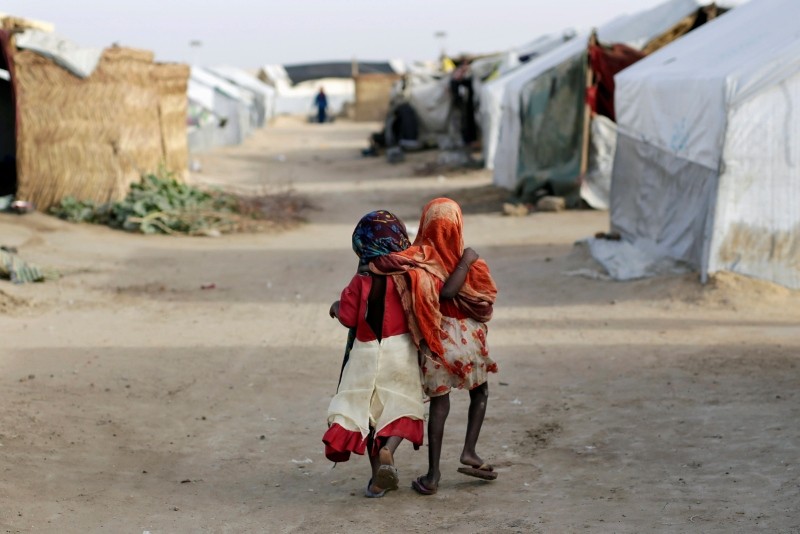 When the refugee crisis peaked between 2014 and 2016, a record number of displaced people arrived at European Union's doorsteps. The EU policies have failed to address some root causes that force people to migrate and have instead forced migrants to take more dangerous routes to Europe in search of a better life.

According to Pew Research Center, at least 1 million sub-Saharan Africans emigrated from their homeland between 2010 and 2017. Those who migrated were mostly from South Africa, Ghana, Nigeria, Kenya, Senegal and Tanzania – fleeing conflict, repression and fear, despite the risks they faced on the road. These people are determined to get themselves and their children to safety and prosperity, no matter what.

A recent Gallup Poll also suggested that the desire to migrate is increasing among North Africans despite efforts to halt the migration. People from sub-Saharan Africa are moving to northern parts of the continent as their first steps en route to Europe, the U.S. or Canada.

The EU implemented policies to tackle the mass exodus and regulate the asylum process. These methods include a reallocation system to ease the burden of EU members that have a coast on the Mediterranean Sea. Despite many efforts, the EU has failed to implement a comprehensive and far-sighted migration policy. This has led many human rights organizations to scrutinize the EU's ability to ensure human rights within its borders.

Many accounts attributed this inefficiency to the divergent attitudes among the 28 EU members regarding their priorities and humanitarian responsibilities. Even though some EU leaders recognized the need to take the issue seriously, many politicians have responded to the crisis by building physical and emotional walls. Migrants frequently are associated with negative stereotypes and labels, including being possible rapists, incompatible with European culture; invaders, freeloaders and even worse, terrorists.

Based on its experience with Syrian migrant crisis, it is fair to say that the EU is far from producing an effective migration policy. However, the EU still gives off the illusion of prosperity and peace for migrants seeking better futures and safety.

Currently, the strategy of the EU in Africa is mainly comprised of allocating a considerable amount of money to control and surveillance efforts in the Sahel region and the Mediterranean. The EU externalized its border management and thus, its responsibilities in the context of the Syrian crisis. It is implementing the same strategy in the context of Africa with possible unintended consequences.

However, what is needed are policies that do not mainly focus on funding the emigrant countries to stop people, rather adequately address the roots and causes of migration while providing alternatives to those who are compelled to leave their homeland.

A strategy that risks lives and further destabilizes the region

The U.N.'s universal declaration of human rights stipulates that "everyone has the right to leave any country, including his own" (Article 13.2).

In the African context, migration is also a considerable source of money for both local economic agents and the police. For decades, transporters, merchants and migrants have crossed the Sahara Desert and that transportation has provided economic vitality to the region. Since corruption is an undeniable reality, some smugglers bribed the police to pass through security controls.

In 2015, the EU launched its "Emergency Trust Fund for stability and addressing root causes of irregular migration and displaced persons in Africa" and associated irregular migration in Africa with criminal activity. Bearing this in mind, tightening legislation in countries that have legacies of corruption creates an environment where illicit affairs, like human smuggling, are done through clandestine ways, which are most of the time prone to human rights violations.

The ones who cannot afford to bribe the police en route to Libya, Algeria or Morocco are likely to find new, arduous and more perilous ways to smuggle people because the need for migration is still strong in the continent. Now, people pay much more to smugglers who will take them to their destination through remote tracks where immigrants face a higher risk of having an accident or being abandoned.

It is evident that the number of people who crossed the Mediterranean into Europe has dropped significantly since 2015. In 2017, the number of people who crossed the sea by boat was about 170,000; while it has dropped to around 22,000 as of February 2018. However, there is something missing in this picture. Throughout the years since the law criminalizes trans-regional mobility in Africa, the death toll in remote areas of the continent has gone up.

In 2015 in Niger alone, 48 bodies were found in the desert, including 34 children. Another 20 were found in June 2016, 44 in May 2017 and 52 in June 2017. Given the rising figures, this may only be the tip of the iceberg. It is possible that the police may actually be hiding the exact numbers to avoid criticism with the silent complicity of international and EU organizations.

International criminalization of trans-regional mobility in Africa puts many people in a position that compels them to seek protection and help from criminal networks. They pay the price to reach North Africa and Europe either with cash or with their independence. This is what tightening legislation comes within Africa. The consequence of the arrangement between African and European authorities has already begun to be felt deeply by both local economic agents and by migrants, who are the ones that suffer the most.

African migration is not likely to end any time soon as people continue to make the dangerous journey toward Europe in search of a better life. Europe is still the most favorable destination among Africans, if not the most desired.

However, it seems that the hysteria of migrant invasion is still driving public opinion in Europe, and this perception is well utilized as a tool to legitimize harsh and ever-expanding restrictions over freedom of movement in different areas of the world. Despite conditions becoming worse for African migrants en route to Europe, the talks between African and EU leaders remain restricted to financial issues.

The EU has pledged a significant amount of money to projects in Africa. However, given the disconnect between African bureaucracy and society, there needs to be a mechanism to ensure the proper allocation of the money for the development of African industry, youth projects, start-ups, education and agriculture to create an alternative to migration.