Lessons from US rapaciousness in Latin America 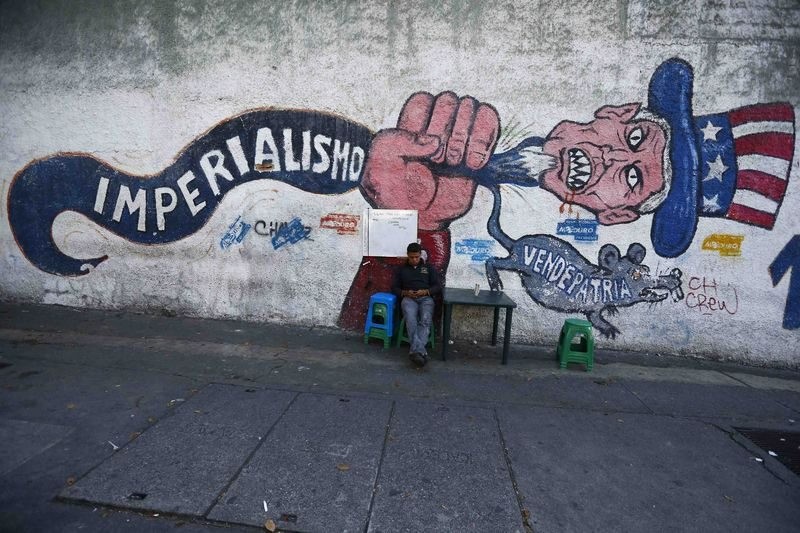 In today's rapacious U.S. wars and plunder in the Middle East, it is worth looking at how brutal the U.S. onslaught has been against Latin American countries. Whether it was James Monroe, the fifth U.S. president and author of what became known as the Monroe Doctrine to impose U.S. hegemony, or his successors, Latin America has been irreparably damaged from U.S. assaults.

The U.S. gives itself the right to interfere in Latin American elections and government affairs, and it wants to dictate their use of land and natural resources. No country is allowed to pursue an independent economic, political or cultural agenda. So many wars, conflicts, military coups and political assassinations have been overtly and covertly committed by the U.S. government or the elements sponsored by Washington.The history of the United States is characterized by major conflicts with Mexico. It must never be forgotten that Texas, Arizona, New Mexico and California once belonged to Mexico. The lesson from Mexico is clear: never concede even an inch to the U.S.

In the "Sept. 11" coup in Chile, the U.S. government and intelligence networks imposed Augusto Pinochet's brutal dictatorship after bringing down President Salvador Allende in 1973. Chile's Gen. Rene Schneider was kidnapped because he refused to use the army to thwart Allende's election as president in 1970. The general was killed by the kidnappers linked to the U.S. History shows that the U.S. has no moral qualms against killing individuals, conducting mass slaughter or ravaging nations.

This is similar to the U.S. sponsorship of dictatorships, military coups, tutelage systems, invasions, extortionist arms trade, and the enlistment of low-minded local officials to pursue Zionist and neocon schemes of destruction in the Middle East.

From Chile to Mexico, countries in that region bear deep scars of U.S. hegemony, economic warfare, environmental destruction, and the CIA's mafia-style acts. In recent years, Venezuela has faced endless destabilization attempts by the U.S. Both Republican and Democratic parties of the U.S. oligarchical system have pursued hostility towards Venezuela with uncompromising fanaticism. Washington has no shortage of slush funds or criminal operatives to offer Venezuelan oppositions groups.

In Brazil, the U.S. fomented economic and political crises to get an administration favorable to Washington's interests. The American military system, corporations, billionaires, Israeli-managed political stooges in the U.S. Congress, media, and the fake philanthropists are all solidly united in pursuing a racist takeover of the world.All the while, the U.S. plays the "the Free World" joke on everyone.

It is a surprise how Cuba has not been swallowed up by the U.S. Empire. They have used the Cuban territory to run their notorious Guantanamo Bay torture and detention center. Closer to it, the Dominican Republic is being used to satisfy lecherous American old men. Haiti, which shares the Hispaniola island with the Dominican Republic, has been mercilessly ravaged by the successive U.S. administrations for their experiments in destroying peoples and cultures. When the U.S. backed the Duvaliers in Haiti during the Cold War, its excuse was that Haiti could become a communist state. What might be their excuse today? The intent is to commit a genocide in Haiti modeled on the past European colonial expansion.

Turkey is only too familiar with the U.S. agenda of destruction, having suffered periods of American and NATO-backed interventions against democracy. The July 15, 2016 invasion in the form of an attempted coup using internal structures was the most brazen attempt to foil modern Turkey's rise.

Unfortunately, there are myopic leaders in the Middle East who reserve all their cunning and cleverness for petty fights within the region, unable to see the plots of their Zionist and Crusader enemies. Iran, Saudi Arabia and Egypt need to look at America's ability to sow sedition in the region and their own inability to come out of their never-ending need to seek affirmation from the West.

In Egypt's recent bogus elections, won by the Pentagon's favorite military dictator Abdel-Fattah el-Sissi, the Americans showed the contempt they harbor for Egypt's masses. A U.S. delegation on a supposed election monitoring mission danced with the locals in as crude Orientalist fashion as you can get in the 21st century.The U.S. is using all means at its disposal to destroy the Middle East. Terrorist groups in "secular" and "religious" garb have been propped up and supplied with arms to wage proxy wars.

The U.S. wants democracy for others but not for itself or in countries such as Israel and France, where the regimes thrive on selling weapons all the while pretending to be democracies. Washington spends hundreds of millions of dollars annually on undermining legitimate governments around the world. This is just non-military spending on activities like funding opposition, "civil society," and media propaganda.

The U.S.-based National Endowment for Democracy, the U.S. Agency for International Development (USAID), the U.S. Information Agency, Voice of America, the Asia Foundation, and the Eurasia Foundation are among the tools Washington deploys to achieve its undemocratic objectives. War and "democracy" are good business in the U.S. Such industries keep neocons, racists, anti-Islam hate mongers, self-styled charitable groups, think-tanks, and rabid believers in U.S. imperialism busy. Countless U.S. foundations, non-profit organizations and consulting companies are in the "democracy" business as well.

It is important to identify such U.S. organizations, deny them operating space, and probably teach them some real democracy based on human welfare. Any lenience in dealing with their ulterior agendas would help the U.S. in reconfiguring the world to accept its enduring dictatorship.