The U.S.' grand security strategy for Middle East in crisis 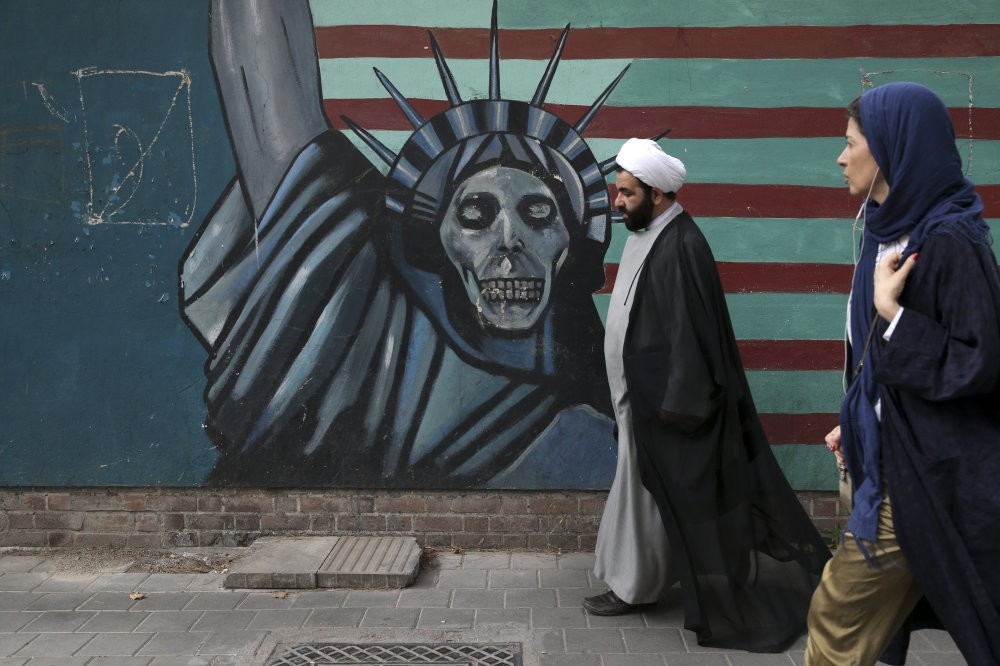 U.S. foreign policy and a wider anti-Middle East security strategy under Donald Trump have cast a dark cloud over its already damaged status in the world

The U.S.'s anti-Middle East grand security strategy is designed to preserve U.S. cross-border and cross-continental interests. Other non-regional countries, such as Britain and Russia, for instance, interpret it as a threat to their cross-border interests. Naturally, aggressive U.S. Middle East policies should be treated as a threat by all regional Muslim states. But this is not the case. How come? Why do some regional Arab states still welcome U.S. involvement in the region? Shouldn't these countries interact with powerful countries like Turkey and Iran to cooperate within a framework of a "regional dialogue forum" to thwart the games of the West and the U.S.?

Based on historical data and U.S. foreign policy blunders and crises under President Donald Trump, can we harbor hope that Trump will signal the end of a U.S. anti-Middle East grand security strategy?

The answers to these questions and similar ones lay in developments in contemporary history and the diplomatic culture of the regional states. However, the aim is to give a very brief chronological review of regional U.S. polices and, perhaps, to produce a road map to enable regional states to work together to prevent the continuation of U.S. regional polices.

The huge oil and fossil fuel reserves and the location are major sources of concern and greed that cause Western powers to intervene in the Middle East. This involvement followed that of countries like Britain and the Soviet Union. However, U.S. intervention remains a creeping legacy of President Harry Truman in 1945: a person who sowed the seeds of U.S. violence by solidifying its long-lasting presence in the Middle East. The U.S. created a climate of dispute among regional states by artificially and temporarily empowering one or two states through new defined security and balance games in the region, creating an opportunity for the Truman administration to create rivalries and/or competition among the regional states. Such achievements taught a historical lesson to the U.S. on how to play its duplicity policy in the region.

From this stage forward, U.S. power and security games started by solidifying America's ties with the Shah of Iran, making Turkey a member of NATO and seriously lobbying for the U.N. partition plan in Palestine; that is, 1947 U.N. GAR 181, and ultimately the recognition of the State of Israel in 1948 by Resolution 194 (III).

These issues – beginning with the Arab-Israeli conflict in 1948, the diplomatic show at the Lausanne peace conference on Palestine and forging various peace treaties with regard to various developments in the region were not only the most important historical achievement for the survival of U.S. Middle East power and security games but also decided the dismal future of regional security, causing the State Department to clearly delineate U.S. policy on a number of basic issues, including America's attitude toward boundaries in the region.

The interesting fact is that every U.S. government since the Truman administration acquiesced in all tragic events that occurred in the Middle East and praised their security achievements. The only policy the U.S. still retains today is its opposition to the fulfillment of peace and stability in the region. For instance, Peter Baker published a report in the New York Times (August 2008), "President George W. Bush's final days," in which Bush praised his security achievements in the region despite his maligned Sept. 11 security act. He touched upon what he hoped his Middle East legacy would be, saying, "I think history will say George Bush clearly saw the threats that keep the Middle East in turmoil and was willing to do something about it, was willing to lead and had this great faith in the capacity of democracies and great faith in the capacity of people to decide the fate of their countries and that the democracy movement gained impetus and gained movement in the Middle East." He praised the way his polices caused the emergence of democratic movements in the region. His policies and those adopted by his predecessors and successors were and have been not only an existential threat to U.S. democracy but also in full contrast with the real needs and the political and economic security as well as cultural spirit and reality of the region.

While the region and the world were hopeful of some minimum change or flexibility in U.S. Middle East policy during the Obama administration, he also disheartened the region and global politics. However, the Trump administration and his particular character have proved to be the worst of all previous governments.

Despite the infamous and notorious history of the U.S., and foreign policy crises during the Trump administration, how has the U.S. anti-Middle East security strategy survived so far?

What George W. Bush said about democratic movements is in fact a process that endangered the region's already imbalanced power and security balance and also the governing political powers through the creation of a new generation of state and non-state groups and actors that are questioning the political authorities. For instance, the Arab Spring has had a reverse outcome. It has provided the grounds for the beginning of a new Cold War among regional states. Since Trump came to power, the region has been experiencing a security shift with a particular nature. It reminds me of the nature of polices adopted by Truman.

Trump's polices have fragmented security and power in the region and influenced the major pillars of the political systems whether in the framework of friendship like that of the U.S. solidifying its relationship with Saudi Arabia that reminds me of Truman's polices with the Shah of Iran, Mohammad Reza Pahlavi, or new hostilities like that against the Islamic Republic of Iran. Both of these approaches have caused the rise of sectarian violence and conflicts. That is, the U.S. is at its best, indifferent to the welfare and development of the region but rather to dominate through the principle of "divide et impera."

Trump's security policies are complementary to those of his predecessors and have not only strengthened Israel's old dream and the easier access of some major European countries to the rich economic resources of the region but also, at worst, provided them an unlimited and definite domination of the region. This is a symptom of state weakness and a green light to the West and the U.S.'s constant threat to the regional states.

The U.S. foreign policy and anti-Middle East grand security strategy under Donald Trump is really in crisis. Trump's policies have shed a dark cloud on the U.S.'s already damaged status: following the Trans-Pacific Partnership (TPP) and the Paris Climate Accord, the Joint Comprehensive Plan of Action (JCPOA) is the third multilateral agreement that the current United States administration has withdrawn from. The administration has also put in jeopardy other multilateral arrangements such as NAFTA, the global trade system, and parts of the United Nations system, thus inflicting considerable damage to multilateralism and the prospects for resolving disputes through diplomacy.

Similarly, the nature of the crises proved that neither the U.N. nor any of international organizations are capable of finding a lasting solution to regional crises since the regional states became elements for the survival of the U.S.'s grand security strategy; the policies and actions adopted by some Arab states indicate they interpret the escalation of regional crises and their coalition under the cover of the fight against terrorism as the guarantee for their survival. This is a huge catastrophe in a country's foreign policy and security understanding. The remaining regional states are very busy with their domestic crises. Thus, the most pessimistic scenario is that the ongoing developments effected by the U.S.'s grand security strategy would erase internationally recognized borders in the region. The most optimistic scenario is that the U.S. foreign policy blunders under Trump that deepened global distrust toward the U.S., which are in fact the underlying causes of injustice, violence, terrorism, war and insecurity in the region and in the world, will be a culmination of a delusional U.S. approach to the region and an end to the U.S. anti-Middle East security grand strategy.