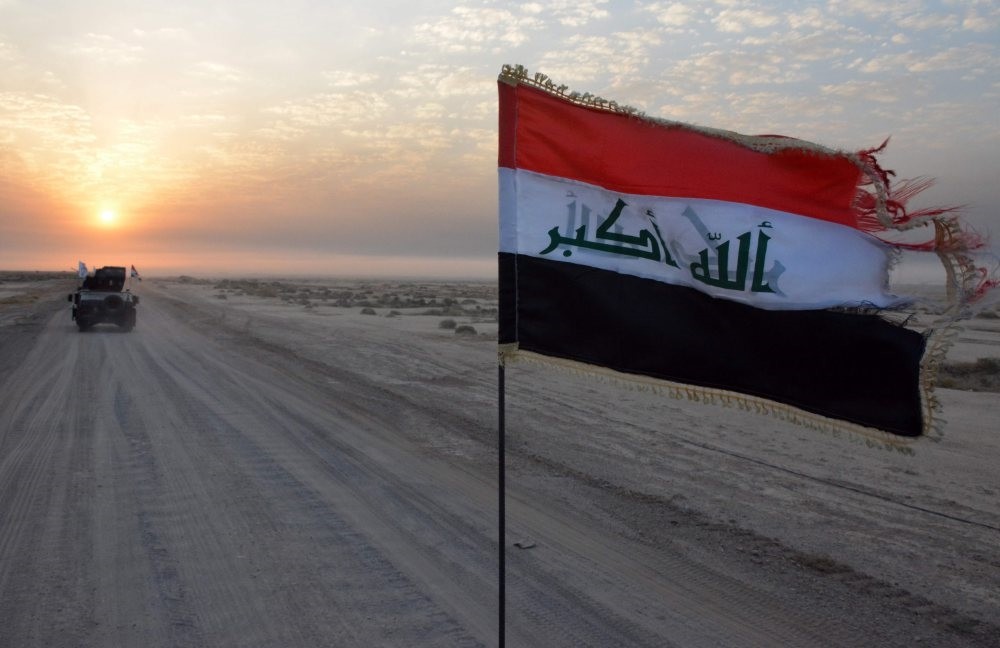 Iraqi government forces patrol in military vehicles in Salaheddin province as they take part in an offensive against the Daesh terrorist group, October 2016.
by Bashdar Pusho Ismaeel Oct 06, 2018 12:00 am

An unquestionable reality from the post-Saddam Hussein Iraq is it has become a key battleground between Iran and the United States. Iran's deep-seated influence since 2003 has often been to the detriment of the vision that Washington has painstakingly tried to promote in the new Iraq.

With Tehran's crucial role in the battle against Daesh, in the support of dozens of pro-Iranian Shiite militias under the Hashd al-Shaabi umbrella, and increasingly, in the political arena with the success of the Fateh List as well as other traditionally pro-Iranian political parties, Iran's influence both on the military and political scene is all too visible.

At a time of increased tension between Washington and Tehran, both sides have tried to swing the Iraqi political landscape and government formation process to their advantage. The U.S. has hardly hidden its desire for a sovereign Iraq that is free from the Iranian influence.

However, while the nation briefly united in the fight against Daesh, the Iraqi elections of May 2018 have exposed more political divisions, the advent of yet more factions with divergent goals, and deepening social scars compounded by growing public resentment.

The lowest electoral turnout since 2003 was indicative of the lack of public confidence in politicians but also spoke of fatigue from years of broken promise, sectarian violence and regression in the general standard of living.

Traditionally, the parliament speaker position has gone to the Sunnis, the prime minister to the Shiites and the presidency to the Kurds.

Yet, this time around, consensus over the prime minister and president will be as difficult as ever. The two ruling Kurdish factions, the Kurdistan Democratic Party (KDP) and the Patriotic Union of Kurdistan (PUK) have failed to unite behind one candidate and have instead proposed their own nominations.

Months after the elections, it remains unclear who will form the largest bloc and ultimately who will emerge victorious as the ruling coalition. The eventual prime minister is hard to predict, with respective Iranian and American leaning blocs with their own favored figures, demonstrating the strong flavor of foreign meddling that is rife in Iraqi affairs.

Washington pinned its hope on the incumbent Prime Minister Haider al-Abadi, who they viewed as a strong figure that could unite the fractured national divide. However, Abadi could only muster third place with 42 seats, well behind the influential Shiite cleric Muqtada al-Sadr and his Sairoon Alliance which amassed 52 of the 328 seats in parliament.

Hadi al-Amiri's Fatah Alliance, which won 48 seats, continues to be a crucial player in the final formation of the government as well as the future shape of Iraqi politics, as are the traditional kingmakers in Iraqi politics, the Kurds.

The Kurdish political parties retain a key hand in the eventual government and their support for either coalition will prove decisive. However, in spite of U.S. pressure, the Kurds will choose the side that offers them the guarantees and concessions they desire.

The Kurds need no reminder of years of broken promises, Baghdad's tough-handed actions post their independence referendum and a Washington that failed to intervene and instead emboldened Abadi against the Kurdistan Regional Government.

As such, Kurdish parties may still spring a surprise against their traditional American allies by going with an Iranian favored coalition.

The new Alliance of Reform and Building, a partnership between Sadr and Abadi's blocs and augmented by dozens of other political groups, has declared itself as the biggest bloc to be registered in parliament, but the rival alliance between Iran leaning Amiri and former Iraqi Prime Minister Nouri al-Maliki still remains confident. Much can still change, especially, depending on the Kurdish vote.

Against a backdrop of Iranian and U.S. jockeying in Iraq, it is doubtful that either coalition can really prove triumphant faced with such a disparate and fractured landscape. For example, even if a Washington leaning bloc proves successful, Iranian influence in Iraq is not about to disappear overnight.

While the likes of U.S. Secretary of State Mike Pompeo and other prominent U.S. figures have been involved in a diplomatic shuttle in the hope of diluting the Iranian hand in future government, Tehran has been busy with its own moves in Iraq to showcase to the U.S. that it remains, in spite of sanctions and efforts to curb its influence, an uncontested player in the region.

Pompeo recently emphasized their efforts to form a "moderate, nationalist" government that would serve all Iraqis and one that "includes all communities and serves all of the Iraqi people."

The efforts of Pompeo in Iraq were firmly with Iran in mind as he denounced the role of Iran in the region while stressing labeling Iran the "largest state sponsor of terror."

This Washington theme against Iran continued as U.S. President Donald Trump lashed out Iranian leaders in a speech at the United Nations General Assembly this week, accusing them of sowing "chaos, death and destruction," and urged nations to isolate the Iranian regime.

As Iraqis hope for a breakthrough in government formation, the U.S.-Iranian rivalry in Iraq will only intensify. Tehran has the vital cards to cast instability and to especially undermine U.S. interests.

As the recent Basra protests showed, it's easy to direct anger at Iran, or the U.S. for that matter, but it's time for the Iraqi politicians to come to fore, take true responsibility and finally deliver.

There have been too many false dawns, broken promises, weak and corrupt governments, dogged by policies of sectarianism. Ultimately, the only side that loses is the general population.

As the protesters' anger has shown, the public has become indifferent to government formation or political affiliations. These count for little when one is unemployed, has poor electricity supply, contaminated water and lacks other basic services.

The failure of Baghdad and the provinces to provide these basic services matters far more to Iraqis than sectarian or regional concerns.

The rise of Daesh and the destruction of Mosul and many other cities should serve as a wake-up call to Iraqi politicians. Iraq can ill afford to ignore these grave lessons once more.