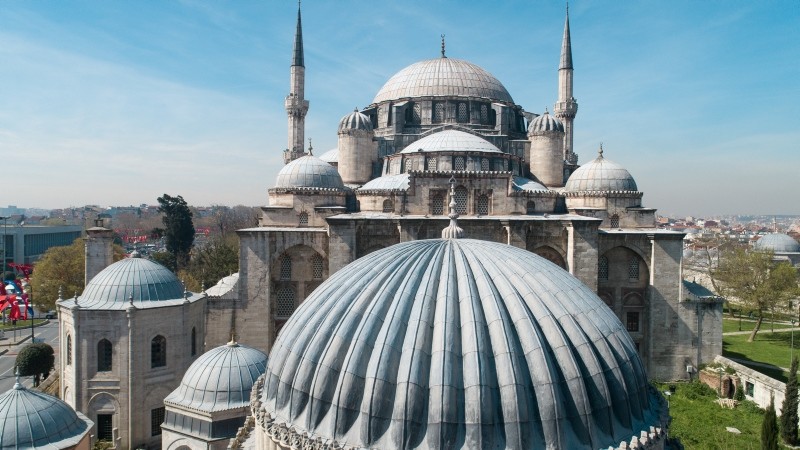 For decades, scholars and academics have been debating the causes behind the steep decline in wealth and power across Muslim-majority countries during the past two centuries. There are certainly many explanatory theories for the strategic weakness of these societies, their relative political disintegration, and the abject failure in maintaining functioning states capable of providing citizens with their basic social and economic needs. With the arrival of the colonial European powers in the nineteenth century, the collapse of the Ottoman Empire in the early twentieth century, the rise of the nation-state system, and the imposition of the neo-liberal order by global powers, Muslim societies have been forced to contend with momentous challenges from a greatly disadvantaged position.

The Center for Islam and Global Affairs (CIGA) at Istanbul Sabahattin Zaim University—in cooperation with the Alwaleed Center for Muslim-Christian Understanding at Georgetown University in Washington D.C., and the College of Islamic Studies at Hamad Bin Khalifa University in Doha, Qatar—is convening its second annual international conference to discuss some of the most significant challenges facing the Muslim world today. This year's conference falls under the title "Fault Lines and Perils Facing Muslim Societies: The Challenges of Sectarianism, Secularism, Nationalism, and Colonialism."

The objective of the conference is twofold: to bring together leading scholars in their respective fields to engage in thoughtful discourse on some of the major internal fault lines facing the Islamic world, and to explore appropriate responses. Two dozen renowned scholars will participate in this year's conference, with nearly half coming from abroad. These include Joseph Masaad (Columbia University), Farid Esack (University of Johannesburg), Halil Berktay (Ibn Haldun University), Jonathan Brown (Georgetown University), Sarah Shields (University of North Carolina), Ahmad Mousalli (American University of Beirut), Nader Hashemi (University of Denver), Louay Safi (Hamad Bin Khalifa University), and many others.

The plenary session, which will take place on October 14, will feature Professors Berktay, Masaad, and Esack. These speakers will explore the lessons learned from the challenges that Muslim societies have faced (and are still facing) with regard to colonialism, liberalism, and modernity.

October 15 features three sessions. The first will explore the challenge of sectarianism in Muslim societies, particularly the Sunni-Shia rift and its social and political impact. The panelists will explain how Western and regional powers have taken advantage of this fault line to advance geopolitical objectives, and will propose the theoretical grounds needed to foster peace and harmony among different denominations in Muslim societies.

The second session will broadly discuss the challenge of secularism. The panelists will address the historical experience of French laïcité after the revolution and the enduring impact of its colonialist past on Muslim societies, as well as explore the relationship between secularism and liberalism as it developed in the West and how it has affected Muslim societies—especially in Turkey. This session will also present a discussion on the relationship between secularism and reform in the Muslim mind and how it maps and understands ideas and trends within that context.

The third session will examine the role of religion in contemporary Muslim societies. Discussions will begin with the challenge of how traditional religious ideals and teachings could be adapted to modern Muslim societies, develop with the religious and doctrinal challenges facing modern Muslim societies and Muslim minorities in the West, and conclude on the challenges facing Islamic governance, law, and society in the context of the nation-state—especially whether they are compatible and converge, or are divergent and difficult to reconcile.

On the last day of the conference, October 16, three final sessions will convene. The first will discuss the challenge of nationalism by examining its impact on Muslim societies in three distinct geographical areas: the Indian subcontinent, the Arab World, and Turkey. The following session will explore the challenge of colonialism across the Muslim world. This will include an analysis of the geopolitical aspects in the Middle East taking place in the modern era as a consequence of colonialism and the imposition of a new political order after Sykes-Picot. It will also address the sources and reasons for American power in the Middle East (and across the Muslim world in general), including how such hegemony could be understood and what some of the ways to effectively handle it are. The final session will address the establishment of Israel in the heart of the Middle East as a settler-colonialist state and its impact and effects on the entire Middle East.

The panels will not only analyze these topics and present prescient assessments, but will also attempt to present practical perspectives to difficult challenges. Thus, the last session in the conference will feature most of the scholars in an extended open discussion exploring the ways and means to deal with these challenges at different levels in various societies.

As an independent, nonprofit, research and public policy institution, CIGA is organizing this conference as a demonstration of fulfilling its mission, which is in part to create a platform to engage experts and educate the public as well as policymakers about important challenges facing our societies, and to propose novel ideas and policy recommendations regarding global policies and relations impacting the Islamic world, including the development and progress of Muslim societies.

* Prof. Dr. Sami A. Al-Arian is public affairs professor and director of the Center for Islam and Global Affairs (CIGA) at Istanbul Sabahattin Zaim University.