Before a nation falls, its constitution leads the way 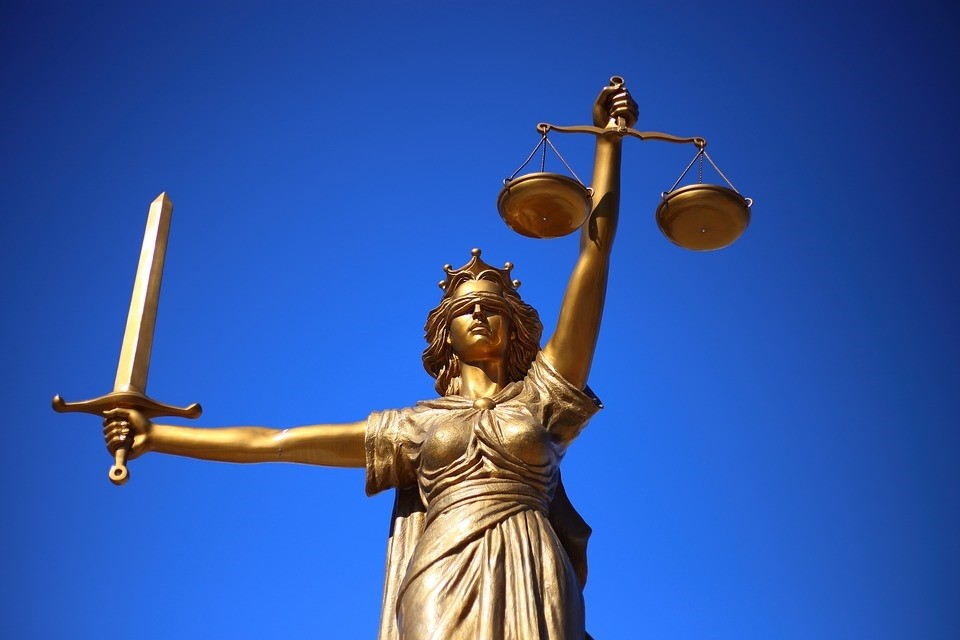 The statue of Lady Justice, also known as Justitia in Latin, allegorically symbolizes the fairness of justice with a woman blindfolded and holding a balance scale and a sword.
by Ferhat Küçük Oct 24, 2018 12:00 am

Today, almost every society is ruled by a written or an unwritten constitution, both of which, in general, reflect the sociological state of the society and define the power limitations of its ruling government. This sociological structure or power limitation appears in different forms among different societies. For example, while the United Kingdom, where the Anglo-Saxon legal tradition is in place, has no document defying its constitutional principles, France and Germany, the followers of the Civil Law code, also known as Continental European Law, secure their legal system with a written constitution. Further, while the U.K.'s court decisions are based on protecting the established democratic order and human rights, the legitimacy of the constitutions of the politically- and economically-strong Scandinavian countries, no matter if they written or not, are not discussed. On the contrary, the politically- and economically-poor countries such as today's Iraq, Sudan or Syria do not respectively have a common complete constitution or their present constitutions suffer from lack of trust and legality in any circumstances. In this context, why is such a combination of rules, called the constitution, now become so common in the fate of every society? What is the reason behind the effectiveness and significance of this written or unwritten body of principles?

For centuries, the constitution has been the most essential legal component for societies that both limit and frame the powers of rulers and provide legal foundations for states. According to the British political philosopher Thomas Hobbes, when an individual is in a state of nature, unless he or she contains their emotions and passions, their fight with others always remain. This state of nature is an uncertain living space wherein each individuals acts for the sake of their own benefits. Hobbes describes this space as follows: "the condition of man... is a condition of war of everyone against everyone," or also defined as "homo homini lupus." Changing this space is only possible with the presumption of natural rights. Because embracing natural rights makes the interference with other individuals' rights disappear. Therefore, the common human mind naturally creates the state, calledLeviathan by Hobbes, and the common way of living (constitution) as well. This structure restrains people's self-interested actions and passions and pushes them to live in accordance with the other people in the society, called by Hobbes and later the Swish-born French political theorist Jean-Jacques Rousseau as the famous "social contract" concept.

Rousseau argues that people cannot prevent their own envy of others in social living and this envy increases competition. With individuals gaining and owning property, inequality among people grows and, in order to protect their property, various regulations are born. Therefore, a common agreement, let's call it the constitution, appears as inevitable, Rousseau says.

The likes of Hobbes and Rousseau, who defend this communal agreement, base their opinions on that protecting an individual's rights and the notion that freedom is impossible without rules. As ancient Greek philosopher Aristotle, also known as the father of Western philosophy along with Plato, reveals in his famous "politeia" concept, rulers can abuse their powers – thus, a legal roof for communities is necessary.

Especially in the modern age, with the regress of absolutism on the European continent, there were discussions about finding ways to limit the rulers' power. As a matter of fact, the first constitution was created in the United States of America in 1787 and four years later, the French constitution followed it after the 1789 French Revolution. The French interpreted the constitution as a document that limits the ruler's (king's) power. Later on, they expressed it as an individual's political freedom against the king. Besides for this, the constitution started containing statements about how citizens should live and how to manage them. As an analogy, you can think of the constitution as a medallion with two sides; while the one side represents the regime of the government, the other represents people's rights and liberties. According to the German jurist Carl Schmitt, these basic rights and liberties reflect a people's life philosophy, identity and their separation from other communities.

The formation of the constitution can be likened with a saga in Homer's Odyssey. As is well known, in this story, Sirens lure the crew by singing mesmerizing songs and then eat them. Ulysses, the hero of the saga, ties himself to a pole on the ship to prevent himself from getting lured by the voice of the Sirens. And he deafens the ship's paddlers with wax to stop them from getting mesmerized too. If we happen to compare this hard and dangerous voyage of Ulysses with the formation of the constitution, the rule, as Ulysses did, needs to tie itself to a pole (to limit its power) in order not be mesmerized by its power. So, in a manner of speaking, the power of the ruler needs to be framed by a legal document in order to prevent it from interfering the people's basic rights and liberty.

Eventually, the constitution started spreading across the whole world after the 1920s. This wind of change was felt in the transformation of the organizational structure of the states; let's call them today's modern states. Particularly after World War II, European countries adapted this change and focused on shaping their constitutions.

Today, the constitution concept, the common goal of keeping people together, differs from community to community. If this goal starts getting weaker in a society, the credibility of the constitutions accordingly started being questioned by the people. For example, failed states such as Iraq, Syria and Sudan are today suffering from a deep sociological separation and they do not have any common goals any more, are experiencing civil wars, conflicts and more blood and tears.

If a nation, after a civil war, fails to form a constitution that can manage to embrace all of the people in society coming from different ethnicities, religions, traditions and so on, it cannot escape more civil wars. To give an example, in 1787, the United States of America was able to reach a consensus and create the constitution after the great war within its borders. Since then, the U.S. has been able to be portrayed as the symbol of democracy, liberty and freedom. Contrarily, the long-lasting civil wars today are still haunting many countries in the Middle East and the North African regions, and many of these countries cannot overcome their challenges by uniting under a comprehensive constitution, and have found themselves in more chaos. Once a land of peace that hadn't been the victim of wild imperialism a hundred years ago, the countries in these regions, such as Syria, are now the victims of their failure in being unable to unite under a contemporary constitution.

Although there are many other reasons and dimensions such as the presence of and threats from non-state organizations, interference by global and regional powers or oil reserves that keep the chaos alive in Syria, its failed state is also a result of its failure to form a constitution. The actors involved in the chaos of failed states like Syria need to focus on this issue immediately and more urgently than ever.