Azerbaijan's position on the U.S. sanctions against Iran 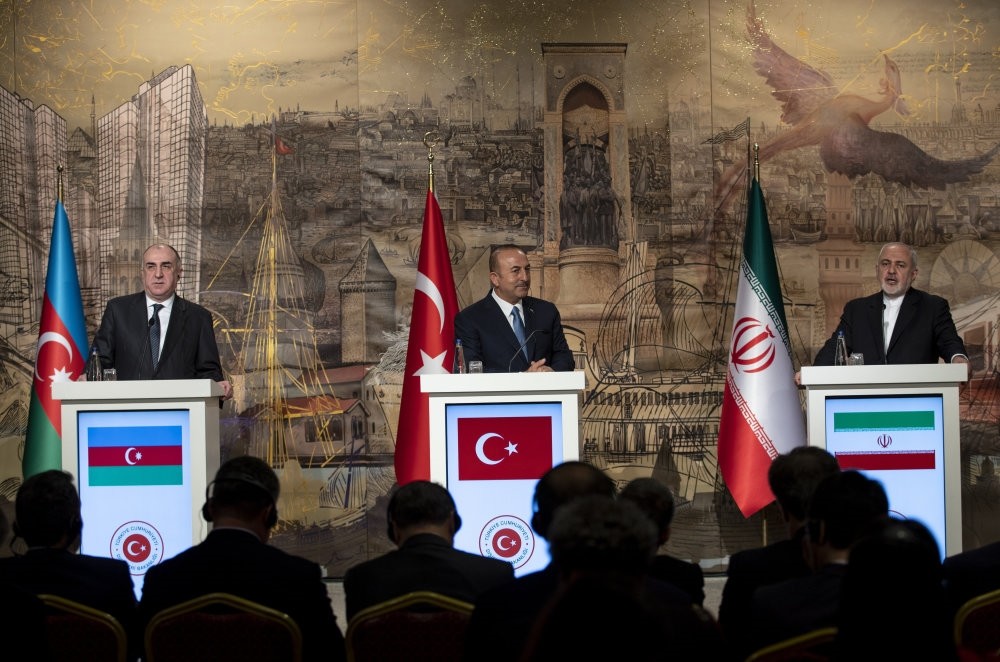 Azerbaijan is located in a very complex region as three of its neighboring countries, Russia, Iran and Turkey, are regional powers and key actors in international politics.

Nowadays, these countries are in the headlines because of the global issues they are involved in. One of the most significant and hotly debated issues is U.S. sanctions on Iran, which the Trump administration requires all of its allies to support.

Naturally, Azerbaijan, as a neighboring country to Iran and a U.S. ally, was also called to stand against Iran's mullah regime by John Bolton, a national security adviser to the U.S. president, during his visit to Baku.

Indeed, Azerbaijan's position is interesting, considering that Baku has managed to have pretty good relations with the West, Israel and Iran. It seems Baku's stance toward Iran is likely to remain unchanged for several reasons.

First, Azerbaijan has been following a balanced foreign policy toward its neighboring countries since Heydar Aliyev came to power 25 years ago. Previously, having declared its independence in 1991, the National Front came to power and pursued harsh foreign policies toward Iran and Russia. Threatening the territorial integrity of Iran by provoking the considerable Azeri minority – about 25 million people – there and trying to eliminate all Russian influence in the country, the National Front and its leader Abulfaz Elchibey created additional difficulties for the country, which had already experienced troubles from the conflict over Nagorno-Karabakh.

Elchibay's sharp rhetoric and unrealistic foreign policy goals resulted in anarchy in the country, which has also been a factor behind the major support of the people for Heydar Aliyev. The lessons from these unsuccessful policies, and Heydar Aliyev's pragmatism, reformulated Azerbaijan's foreign policy and balanced it, which is believed will remain the same in the near future as well.

Second, Azerbaijan's relations with Iran are fully appropriate to the national interests of the country, although it is not as good as Baku's relations with other regional actors – namely Russia and Turkey. Baku exports natural gas to Iran, while in exchange Iran provides natural gas and other necessary goods to Nakhchivan, an autonomous republic within Azerbaijan that does not have any land borders with Azerbaijan.

Furthermore, there is a huge tourism potential between these countries, and Azerbaijan is trying to achieve its tourism potential since oil prices have decreased sharply and the country's oil-dependent economy has faced serious trouble. In addition, any problem between Azerbaijan and Iran would serve the interests of Armenia, which has hostile relations with Azerbaijan, and it is in the national interest of Azerbaijan to isolate it. Moreover, perhaps, the most important event of last year was to end the dispute over the use of the Caspian Sea, which Azerbaijan and Iran had different views on. In August, all Caspian Basin countries came together and agreed on a solution to this problem.

In the past, such situations existed as well, not only related to Iran but also other neighboring countries. Baku has insisted on a neutral stance on such issues. Azerbaijan's position can be explained with two recent examples.

First, there was the serious crisis between Israel and Turkey, both countries important for Baku. Azerbaijan has strong cultural ties with Turkey and has been supported by Turkey by all means – even Turkey's border with Armenia has been closed because of the Nagorno-Karabakh conflict between Armenia and Azerbaijan. Israel is also a strategic partner for Baku, especially in the context of bilateral security relationships. Baku tried to be as neutral as possible in the crisis, and it can be seen as a success for Baku's diplomacy. Second, when the jet crisis between Turkey and Russia erupted, Baku again faced serious difficulties, since in this case to protect its neutrality was more problematic. However, Azerbaijan remained neutral, as well as played a crucial role in the rapprochement process between Ankara and Moscow. The crisis turned into an opportunity for the sides involved.

Despite the fact that Azerbaijan is an ally of the U.S., it is far from realistic to expect it to take initiatives to isolate Iran for a number of reasons, such as Iran's importance as a neighboring country. Furthermore, Iran is a key country for Baku, and any tension between Baku and Tehran would serve Armenia's interests, which is undesirable for Azerbaijan. Additionally, recent developments between these countries to strengthen bilateral relations, such as coming to an agreement over the Caspian Sea, make the assumption of Azerbaijan's support to the U.S. to isolate Iran unsound.

* Ph.D. candidate in the Institute of Social Sciences at Istanbul University