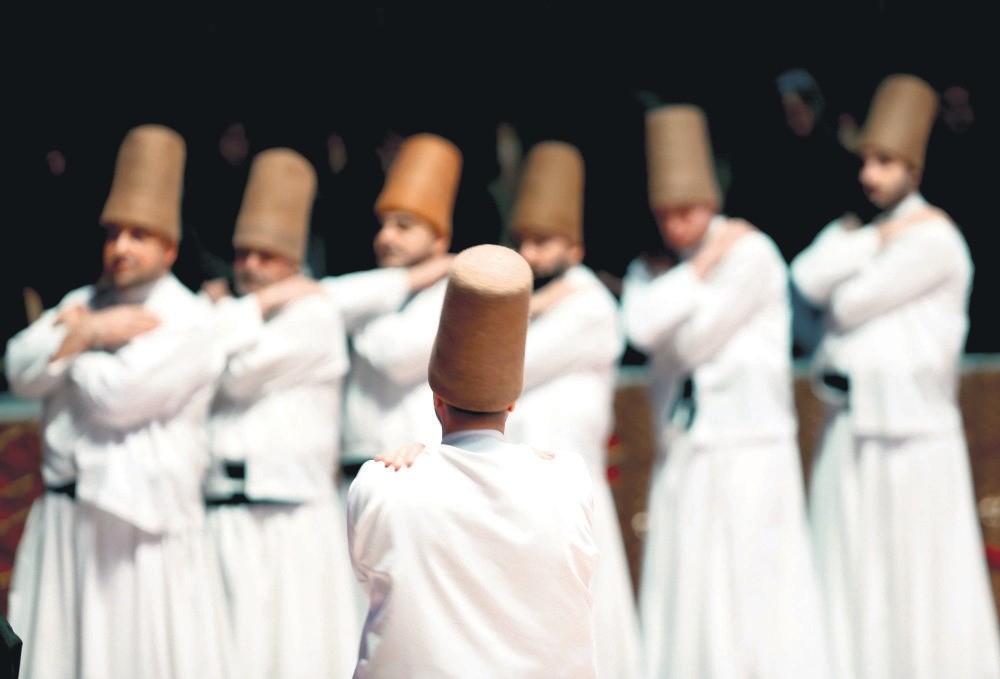 Human rights, in its broadest definition, mean undeniable and indispensable natural acquirements arising from the fact that a person exists as a human being. It is universal and applies without discrimination for all. Based on human dignity and individual value, its ultimate aim is to protect these concepts.

Human rights, although largely described as a modern term, are indeed as old as the history of mankind. The age we live has been deemed the age of human rights, yet it is also an age of individual and massive violations of these rights at the same time. There is no longer respect for fundamental rights and freedoms, even in democratic countries. What's more, democratic states, which were champions in defending human rights in the past, have now become a source of violations.

Today, we mark Human Rights Week in a chaotic time where basic rights are easily violated. Interestingly, the following week will include Dec. 17, the day of Mawlana Jalal ad-Din Muhammad Rumi's death. Therefore, it is worth remembering that Rumi is still one of the world's most inspiring scholars when it comes to human rights.

Rumi and his definition

Mawlana Jalal ad-Din (1207-1273), better known in the West as Rumi, was one of the greatest thinkers, spiritual masters and mystic poets of all time. From the 13th century to present day, his legacy has guided whoever wanted to discover himself/herself, to understand the meaning of life and to find truth. Rumi has also been a perfect source of inspiration in terms of social development and finding solutions to universal problems. His influence has crossed cultural and national boundaries.

Rumi has many things to say about the understanding of this age and has made great contributions in the field of human rights. His thoughts are still valid and reveal the unchanging essence inside people and express the basic and universal values of modern societies.

Rumi tells about justice, or what is also called a state of law or rule of law in our age. Many actions that he regards as cruelty, from which he tells people to refrain, are called violations of human rights today.

Human dignity and social justice are at the center of his world of thought. He was called Mawlana (Our Master) because he defended human rights without discrimination and struggled for the prosperity of all people and for fair and good governance.

Rumi's human rights understanding is different from today's definition due to its holistic expression. First of all, from his point of view, a person is not just a simple, ordinary creature that solely consists of flesh and blood, but human beings possess a perfect system with material and spiritual dimensions, the essence of the universe and the purpose of its creation.

In modern times, the concept of human dignity is directly linked with human rights. It is generally accepted that the main objective of human rights regulations is the protection of dignity.

As Rumi says, a person is the heart of the universe; therefore his/her dignity is of utmost priority. According to him, people are not only earthly creatures but also spiritual beings who have special roles within the social system. Contrary to some prominent philosophers, Rumi views people as not microcosms, small universes, but macrocosms, great universes, and explains this idea in his masterpiece, "Masnavi," as follows:

"O man, you seem to be a microcosm but in reality actually a macrocosm."

Rumi's description of humanity defined people as "the most honorable creatures on earth." God created man meticulously, blew his own soul into him and dedicated food and other useful things on earth to him. His following superb quatrains express his thoughts very well:

"You are more precious than heaven and earth.

What more can I say?

You do not know your own worth."

"You are another version of the divine book.

You are a mirror of the beauty of God that created the universe.

Whatever exists in the world, it's not outside of you.

Humans as the focus

"If I tell you the value of this priceless jewelry, I burn, the listener also burns," Rumi quotes.

"The aim of the creation of the universe is man," he said.

He describes this idea in terms of the branch-fruit analogy in the continuation of the verse that describes human being as a macrocosm:

In the mind of Rumi, the principle of "human not for the universe, universe for the human" applies and the human is the aim being. The result of this aim being is him to have individual autonomy, equality and natural rights.

If all the world of existence is to be compared to a tree, Rumi regards the human as the fruit of this tree, that is, the aim being of a family of existence, in parallel with the lore tradition.

The human is the absolute member of the being family because he has a potential that possesses in himself the knowledge of all existence, the entire divine names and adjectives. The human is

like a complete book bearing the knowledge of all existence.

In the mind of Rumi, another principle of holistic human rights approach is the principle of unity or the idea of the being's unity in the multiplicity. He expresses this in a lyric as follows:

"In God's world of unity, in these various kinds of beings there is no place for numbers. Number is a thing that is generated to explain difficult issues between the five senses and the four elements! You might consider counting hundreds of thousands of sweet apples one by one. If you want all of them to be one, squeeze them all, take the water out! Can't you see? Hundreds of thousands of grapes are hidden in a round crust. They become the sultan's wine when removed from their crusts by crushing."

According to Rumi, "the whole universe and all the people are like a single body."

Therefore it would not be an acceptable behavior from a humanitarian perspective if the people, institutions or states with power and opportunities become indifferent to human rights violations in any part of the world.

Differences and contradictions observed in humanity looking at each individual, turns into harmonization, cooperation and solidarity toward the same aim when it is viewed as a whole, in other words as a body by the expression of Rumi. From this, the intellectual basis of third-generation human rights such as the right to environment, the right to development, the right to peace that are expressed as the rights of solidarity, can be derived.

While the human rights theory of today ensures social and political equality between people, Rumi's equality approach describes human as a beam radiating from one light source and drops of the same ocean. It regards humans as branches of the same tree. So it foresees an exact and integrated equality on both cosmic and physical terms.

Rumi, in all his works, sees the human as a supreme being beyond having certain inherent rights. He expressed this universal manifestation, which can be seen as the starting point of the 1948 U.N. Universal Declaration of Human Rights, eight centuries ago:

"There is no servant or slave, all people are brothers!"

"To pretend superiority, to be self-righteous, to despise others is neither meaningless nor empty. All people, we all are the servants of the same palace."

Rumi cares about people as individuals regardless of any labels acquired after coming to this world. And he objects to behaviors causing people

to be despised, to be subjected to discriminatory treatment and be treated as "others" because of different nationalities and religious beliefs. In this respect he says:

"Oh you who is searching for faults in everything. Do not look down on anyone. God has a part of him in everyone regardless of their nationalities and religions. The people are the mirrors of God."

"All the people, since we come from all eternity, we unite in the longing for there, but when we start speaking we all call our friends in separate languages. We all feel the same but our languages are separate."

In the modern world, human rights are described as the spirit of the democratic state of law. However, it is so radical and universal that it cannot be confined to a single culture or a specific time and place. When human's common history is carefully examined, it is clearly seen that human rights are the real soul and essence of our civilization and Rumi appears as one of the most important representatives of this fact.

People in our age, especially decision-makers and lawmakers, should hear what Rumi says, as his messages may significantly guide them.

Rumi's holistic and human-oriented approach to problems, his positive and solution-oriented understanding and the language of heart and love that he adopted are standing in front of us as a priceless source of inspiration for new models and strategies aimed at finding solutions for the structural problems that our world and people are facing today.

Finally, at the level of civilization, it can be concluded that Western countries, which have growingly become intolerant to foreigners, treated them contrary to what human dignity requires, ignored human rights violations in other countries for economic and political interests, have a lot to learn from Rumi.

Secondly, the Eastern world, meanwhile, has tragic and problematic realities in the area of human rights. This shows that the civilization that Rumi was born in has failed to follow the footsteps of his doctrine. Therefore, the Eastern world is in an urgent need of understanding and implementing Rumi's approach to its people.

Today, Islamic countries and societies need to understand Rumi's view of humanity the most, and understand the concept of holistic human rights and to develop strategies by acting from there, in order to overcome their own problems and to practice universal human rights in a real sense for humanity. For this, the intellectuals, academicians, administrators, politicians and lawyers of Muslim countries are in primarily in charge.