China's dominance over the US or vice versa 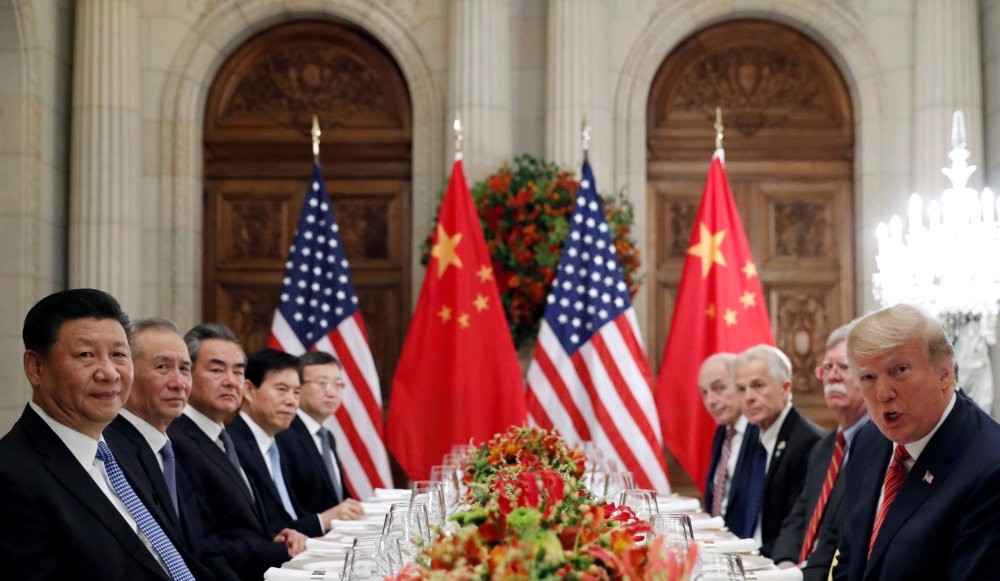 The world is witnessing a so called "shift in the balance of power" from the West to the East and a growing rivalry between the United States and China. There are claims that China will surpass the U.S. by 2030 in terms of economic means. However, the U.S. still boasts the most superior political, economic and military power on earth. The U.S.' defense budget is expected to exceed $700 billion for 2019 while China's target defense budget is between $170 billion and $200 billion. The assertiveness of China on some issues worries the U.S. especially in Asia-Pacific.

China is one of the fastest growing economies, a major trading partner with over 130 countries, the biggest tourism market, a leading peacekeeping force and so on. Chinese President Xi Jinping initiated the Belt and Road Initiative (BRI) in 2013 with the goal of linking the world as one to achieve greater global cooperation, development and economic growth. This initiative has drawn interest from over 140 countries and international organizations ranging from Asia, Africa, to Europe, which have shown a willingness to take part in this enormous project.

However, there are strong and weak opponents against the increasing Chinese power regionally and globally. First is the U.S., which has gotten into direct economic conflict with China. The president of the U.S., Donald Trump, has placed tariffs on some Chinese products due to the clash of ideas in the context of the economic trade deficit which is in favor of China, while at the same time, imposing sanctions on the Chinese military for buying the Russian-made military jets and missiles.

On the other hand, the U.S. policymakers are working on a counter-project to the Chinese BRI. Second is neighboring countries to China, namely the Philippines, Malaysia, Indonesia, Vietnam, Brunei and Taiwan, which are asymmetrically smaller countries in comparison to China. These countries have shown uneasiness and are disturbed from the rising Chinese assertiveness on the reclamation of around 90 percent of the South China Sea, which has a vast area of unexplored and untouched natural resources. Besides, for a case in point, the current Malaysia's ruling party, under the leadership of newly elected Prime Minister Mohammad Mahathir, has halted Chinese worth of over $20 billion. The third is the countries looking for Chinese financial aid or loans, such as Pakistan, Sri Lanka, Myanmar and so on, which may have second thoughts.

It seems that the new confrontation between the two rivals, Washington and Beijing, has been escalated drastically over the last few years. There is no doubt that China has had difficult times in dealing with the U.S. ever since Trump became president back in 2017. This confrontation will have positive or negative impacts on other countries inevitably. Smaller countries compared to the U.S. and China should think twice before picking sides while these two giants gear up for the next version of war: Full-scale financial and technological warfare.

Lastly, Asia-Pacific has been turning into a visible showcase for showing off their muscles to each other. On one side we have China and Russia against the traditional enemy. On the other side we have the U.S. with its Western and Asian allies such as Japan and India. The landmark between North and South Koreas or between other regions of China might change in the next decades.

To sum up, a confrontation of any means between the two giant powers would end up causing polarizations in the world as seen throughout history. In this century, the roles are the same as before but the main players are the U.S. and China. Allegedly, the U.S. is the declining power while China is the emerging power.