The extent of Turkish protection in Mosul and Idlib 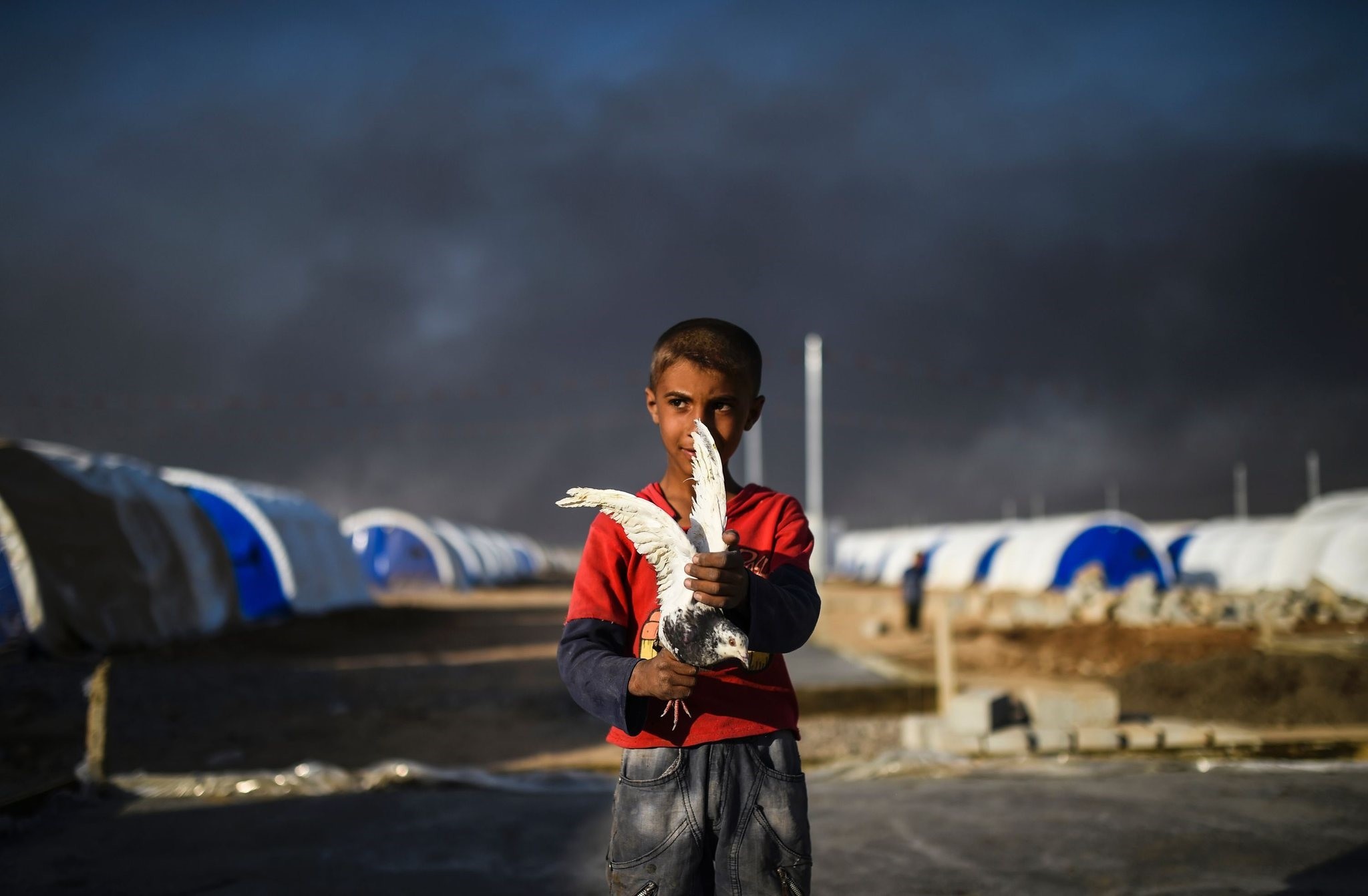 The Middle East has suffered a great deal from terrorism and disunity among local people, and seeks a way to assure coexistence among regional societies

Communication between people in Mosul, Iraq and those in Syrian cities under Turkish protection (through social media sites) is creating new sociopolitical realities in the region. New situations and sociopolitical conditions, that may not be repeated for centuries to come, are shaped when the people of Mosul describe their lives amid the ruins of their cities and their long wait to be rid of the rule of the militias, and when they hear from those who live in Idlib and other Syrian cities of their optimism and the details of civic life. These include:

These cities share a common destiny and a common enemy that represents a new geopolitical block with enough commonality to foster a new partnership, working for a common goal.

These cities are looking for a new sociopolitical system that guarantees stability and security following the collapse of the state.

The region is approaching an impending social and political culture chosen and formed (this time) by the people and not designed and enforced by a political elite.

Modern means of communication have shrunk time and distance and put the possibility of affecting societal changes within the grasp of ordinary people. These cities, through the behaviors of their population, are effectively thinking aloud, and they want and expect the side they have chosen to align with Turkey to listen to them and understand the changes taking place.

When the Mosul Foundation (a nongovernmental, non-political organization) receives the message of people in Syrian cities about what is taking place in their communities under Turkish protection, they demonstrate – with practical, real life examples – that fears fostered between Turks and Arabs by recent political cultures (nationalist education) are baseless and have no foundation in fact. Things like:

Arabic has remained the language of education. Local school curricula remain and are supported by Turkey. Local administration is still in Syrian hands. Local laws and regulations are intact. Civic life and local public services have returned.

What has happened in cities under Turkish protection has initiated a new era of cultural and social safety and security and proved that the Turkish-Arab relationship must be extended beyond the historical and religious connection to include societal and administrative aspects to form modern political structures.

This emphatic message comes from destroyed Sunni Arab cities in Iraq and Syria to Turkey: "Our region is being fought over by two rival systems/philosophies: that of the collapse of the state and the rule of the militia (represented by Iran) and that of the state and the rule of law (represented by Turkey). Individuals, regardless of his/her race or religion, that do not adhere to the first philosophy must, by necessity, fall to the second; thus, crafting a new concept of regional citizenship, as cities believe that Turkey has many common denominators with its neighbors beyond the shared Ottoman history and they expect Turkish regional policy to reflect this – a deeply held conviction forged under severely tested conditions that did not evolve naturally. Thus, it must be culturally and intellectually articulated to make it suitable as the basis for a much-needed revitalization and indefatigability in coming cultural battles. Something formed in hardship cannot stand the rigors of prosperity.

The ideology (nationalism) chosen by Arabs and Turks as the basis for their political structures after the collapse of the Ottoman state required much effort. Today, political ideology must be complex and nuanced, requiring exceptional cultural and intellectual effort. Currently, this intellectual effort is lacking in Arab and Turkish thinkers, which must lay the basis for a new regional society at ease with the region's values and the language of the modern world. Only then can the damage to the region's internal stability and security caused by the aftermath of World War I be repaired.

Normally, practical projects on the ground are initiated to support an existing political ideology. However, in the case of Turkish/Arab co-operation and co-existence, the supportive political theory is at best lagging behind actual developments. Arab cities under Turkish protection are sociological glass houses producing fruit in a very harsh and unsupportive geopolitical climate. Other cities in the region will demand similar provisions once they become aware of the favorable results of this protective support. This is what Mosul, as an example, is trying to achieve through its social media communications with Idlib.

Arab cities' reactions and interactions with the issue of Turkish protection are emotional and based on sentiments of good neighborly relationships. Turkey has so far not provided an explanation for her supportive actions that differ so markedly from those of the other neighbor whose actions destroy cities and terrorize entire populations, although such an explanation is available. Turkey has provided security and civic services but has not even attempted to dissipate the confusion and uncertainty felt by those communities about the future of their cities and region. These doubts are deeper now than they ever were in the 20th century after the fall of the Ottoman system.

For the first time in human history, the previous Ottoman societal system developed the concepts of citizenship and minority rights to support a society consisting of more than 80 ethnic groups and religions, united through their shared citizenship of the state. This was an important stabilizing factor that contributed greatly to the longevity of the state and allowed the Ottoman Empire to be one of the longest lasting empires in history in a region torn by constant strife and war.

To meet the difficult regional challenges, Turkey has adopted an open society approach. Surrounded by hostile powers, Turkey is like a bomber flying without a squadron of fighter jets to protect it. Turkey has been very skillful in avoiding traps and avoiding difficult situations, but these traps will continue and each one will leave a dent in the regional structure and an opportunity for new, more sophisticated, ploys and deceptions to tighten the shackles around Turkey.

Turkish actions in providing security and protection to Arab cities prove that Turkey is bringing a new tangible sociopolitical approach to the region but with an implied civic message that stops this protection from becoming the theater for a wider societal coming together across the region, which is exactly what Arab cities demand in a form permissible under international law. This integration is Turkey's winning card against Arab regimes that aim to revive Arab/Turkish enmities, end Turkey's role in the region and place these cities under their hammer and turn back the clock to 1915 in a replay of the 20th century. Think tanks are the brains of the state, transforming ideas into practical projects suitable for implementation on the ground and presenting these ideas and projects to decision makers, while selecting the existing projects of others and providing the necessary intellectual backing to enlist them into the state's program.

Thought centers and other specialist organizations in Turkey are faced with a historic responsibility to fulfill the role for which they exist – to provide strategic solutions to serve the common national and regional interests of Turkish and Arab societies. We call upon these organizations and centers to engage seriously with nongovernmental, non-political Arab civic and cultural organizations that can provide an accurate reading of Arab and regional realities and enrich the ideology of the state and the rule of law that Turkey represents and is the historic natural home of Arab cities.

Turkish protection of Syrian cities like Mosul, whose population longs for similar conditions as those enjoyed by Idlib as the only way to save them from the rule of the militias, has all the necessary historical and moral justifications but lacks legal validation under international law, the usual legal prerequisite for cross-border interventions. This is the card played by Turkey's foes when demanding her withdrawal from Arab cities under Turkish protection to abort the opportunity that Arab communities currently have, outside the reach of destructive Arab regimes, to create a new regional order that guarantees their security and dignity.

It is not enough in a difficult world for Turks and Arabs to coexist and cooperate on the basis of sentiments and emotions alone. There must be serious political thought to back up this project.

* General-Secretary of the U.K.-based Mosul Foundation (NGO), researcher in Turkish-Arab relations, regional strategic affairs and the reforming of the modern nation-state in the Middle East