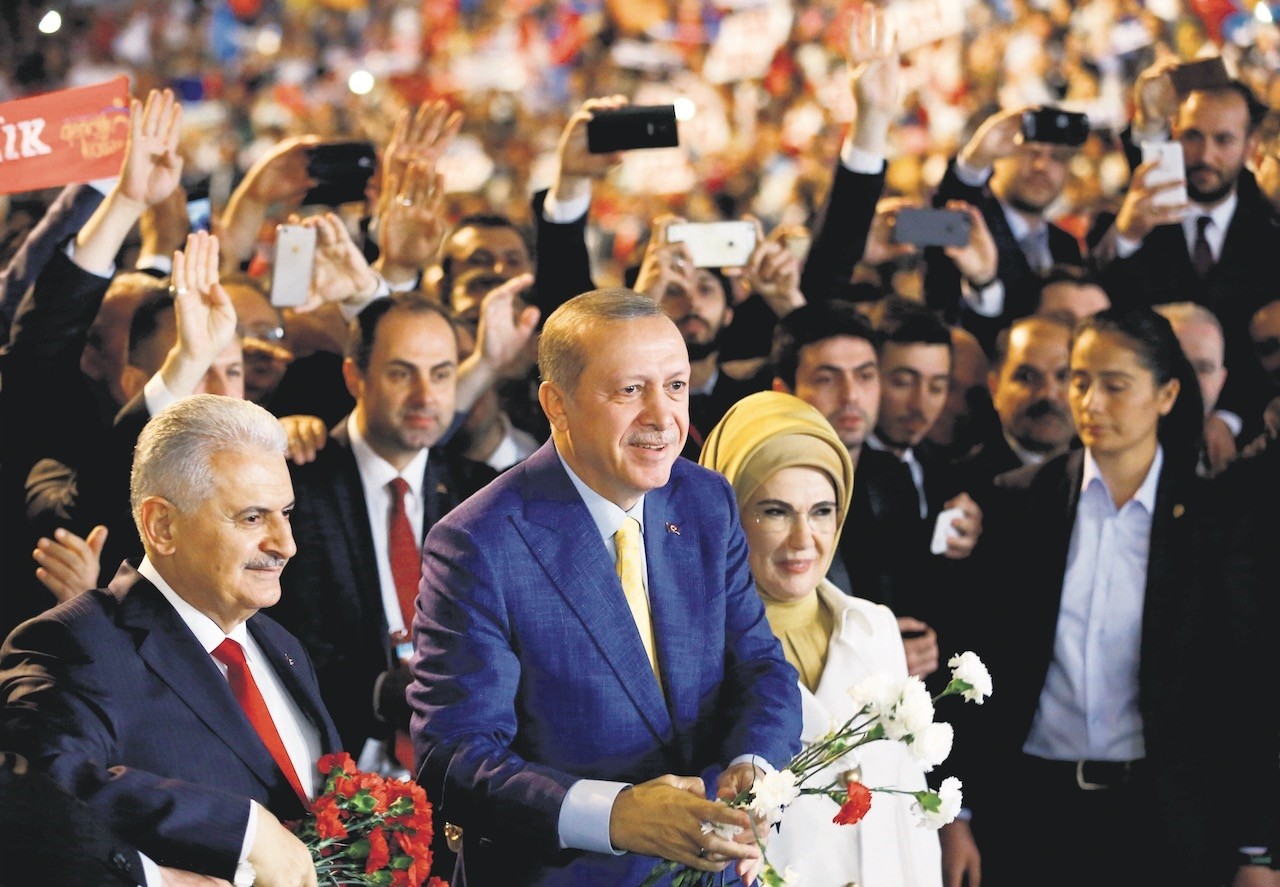 The AK Party's campaign for the March local elections involves both contemporary and traditional methods of reaching voters, and seems to be winning the support of all the generations

We are completely leaving campaign methods that cause visual and noise pollution. We have decided to follow a campaign respecting the environment and people." Since these words from President Recep Tayyip Erdoğan, the details of the local election campaign for the March 31 elections have become one of the hot topics of discussion. After the termination of the candidate selection process, Turkey's political parties nowadays focus on the new methodology of micro-campaigns. Indeed, micro-campaigns are not only popular in Turkey. Governing the urban with more environmentalist and more micro-based methods is also becoming popular throughout the world. Because of this reason, it is crucial to discuss the implementation of micro-campaign methods in Turkey from a comparative perspective.

What are micro-campaigns in elections?

Micro-campaigns have become quite popular throughout the world especially after the 2010s. Since urban spaces have become diversified and complicated, newly emerging theoretical and methodological concepts of urban society such as the "megacity," "urban informality," "civic governmentality," "zones of exception" and "gray spaces" have been developed to understand the transformation of urban spaces. This transformation is also generating a new voter profile, as voters are ill-disposed to accept catch-all party politics. Furthermore, the issues of participation and inclusion related to migration flows and refugees have taken the stage with the emergence of the new urban reality. While on the one side there is increasing awareness of these issues, the new concept of urban, indeed, created further inequalities and exclusion of poor people in urban life as seen in the case of Europe after the flow of Syrian refugees.

Because of the increasing complexity in governing the urban, politicians are more willing to choose micro-campaigns in elections. For instance, one of the successes of Donald Trump's election campaign was using micro-campaigns via mobilizing all groups separately at the cost of presenting nonsense election promises such as banning all Muslims entering the United States or building a wall on Mexico's southern border. Nevertheless, there are also lots of successfully implemented examples of micro-campaigns not falling into the trap of populism. For instance, even if populist election campaigns have been very common in France, Macron presented a positive agenda during his election campaign and won the election.

Transformation of election campaigns in Turkey

It is obvious that Turkey can be one of the countries using and showcasing effective and successful micro-campaigns. The Justice and Development Party (AK Party), at this stage, can be the pioneer of micro-campaigns in Turkish politics. As was indicated by President Erdoğan and party officials, the party has left traditional campaign methods such as filling the streets with flags and posters and playing campaign songs in order not to cause environmental, visual and noise pollution. President Erdoğan also emphasized that other parties should also implement these rules to lead an eco-friendly election campaign.

The AK Party's step is very meaningful for the design of future election campaigns. It will create consciousness about visual and noise pollution not only among politicians but also the wider population. At the end of the day, it may become a model for election campaigns in other countries. Because of this reason, the AK Party's decision for this coming local election campaign requires a comprehensive analysis.

As underlined by party officials, the AK Party is also working on maximizing other aspects that support the overall campaign. The primary issue is the preparation of an election manifesto to present the party's plans for the next term and promises to the voters. At this stage, it is possible to see a further emphasis on "social municipality" and "cultural municipality" providing a basis for the AK Party's municipal administration.

As part of the micro-campaign strategy, each candidate may design an individual electoral campaign within the boundaries of the general rules and regulations of the party. Since each electoral district has different social, economic and cultural aspects, these intrinsic electoral campaigns may contribute to overall success.

Even if the AK Party contributes to the transformation of traditional election campaigns, it is obvious that it will continue to use some of these traditional methods to reach the voters. As it was highly used by the party in previous elections, the most common persuasion tactic is face-to-face communication with voters and will be a major key for AK Party's success in local elections. President Erdoğan also underlined that party candidates should pay attention to these face-to-face meetings rather than conducting a campaign only on social media. This means that the AK Party will use traditional methods and contemporary models together to create a more effective campaign to attract voters.

* Researcher at the SETA Foundation, Ph.D. candidate in political science at Bilkent University