Washington's YPG strategy is certain to fail in Syria 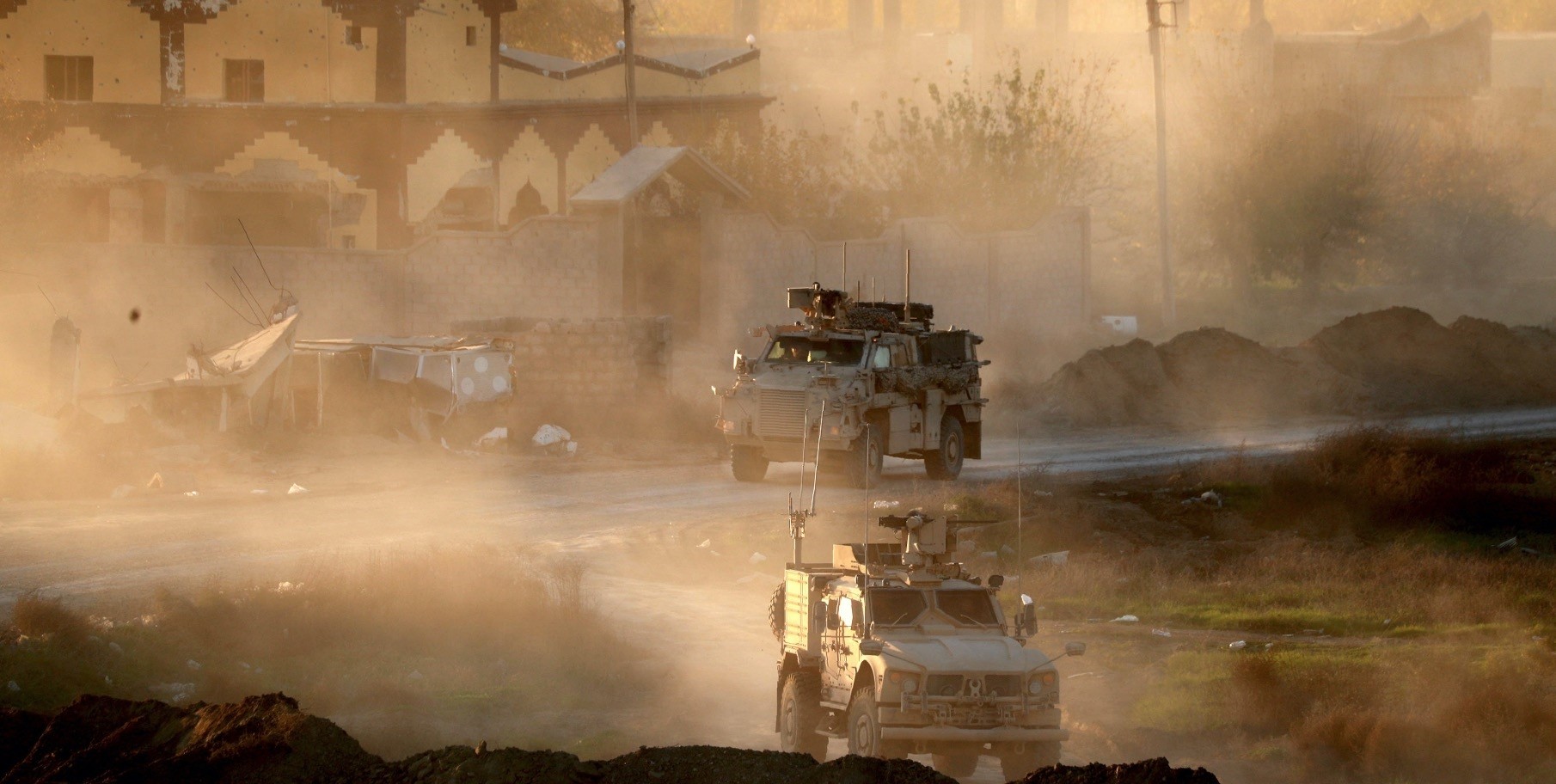 Backing the PKK-linked YPG in Syria was the wrong strategy, and caused the U.S. to lose influence in the region and damaged its ties with NATO ally Turkey

Without doubt, the most important issue between Turkey and the United States at the moment is that of Syria. That issue has much wider implications that can determine the fate of both Turkish-American relations and the region. This is true especially for Turkey. For what is one choice among many for Americans is a matter of life and death and hence a red line for Turkey.

Indeed, when U.S. President Donald Trump announced on social media on Dec. 19, 2018, "We are going to withdraw from Syria," the possibility of a positive agenda arose regarding issues like the PKK-affiliated People's Protection Units (YPG) presence in Syria, a bad legacy from the Obama era that continues to affect relations, and weapon supply to this organization with the excuse combating the Daesh threat. Trump had a critical phone conversation with President Recep Tayyip Erdoğan before that announcement.

That announcement caused quite a stir in the U.S. First, U.S. Secretary of State James Mattis resigned on Dec. 21 and then Brett McGurk, the U.S. president's special envoy for the Global Coalition to Defeat Daesh, resigned on Dec. 22. Actually, Turkey approached that statement with caution. But, the Pentagon officially announced on Jan. 12, 2019 that the withdrawal began. Yet there were serious attempts to put pressure on Trump about the withdrawal. In a statement during a surprise visit to Iraq, Trump seemed to be assuaging worries about this issue. And then that famous tweet came. On Jan. 14, Trump warned Turkey warned of economic devastation if it attacks "Kurdish forces."

This time Turkey faced turmoil. Because following a tweet again on Aug. 10, 2018, Turkey has faced serious economic distress. That an ally resorted to economic retaliation was interpreted as "a toxic move." President Trump employing such menacing language has also hurt national pride, with relations facing the risk of going into a crisis. Perhaps, that's what was really intended. That Trump and Erdoğan manage to agree on the most rational choices for both countries would disturb those who invested in regional design through the Democratic Union Party (PYD) and the YPG. They have supporters in both countries.

In fact, the main opposition Republican People's Party (CHP), which had not made a single remark about thousands of truckloads of weapons delivered by the U.S. to the PKK's Syrian affiliate, instantly became ultranationalist and accused President Erdoğan at home of being lenient toward the U.S. and Trump.

It was because the two presidents had another phone conversation after that tweet, thus thwarting a potential crisis. Besides, President Trump said there is great potential to substantially expand economic relations with Turkey.

It appears that U.S. troop withdrawal from Syria has disturbed some circles. There were efforts to exert pressure on Trump regarding the fight against Daesh and the "safety of Kurds."

We must not forget that the U.S. having abandoned its strategy of legitimizing the YPG/PKK and creating a terror corridor within the region is not that simple. It has invested a lot in this strategy, with the PKK/YPG chosen as a partner while Turkey was left alone. Of course, in order to get such a crazy design accepted, it was necessary to extol and legitimize the PKK/YPG while Turkey is discredited. One of the favorite arguments was to equate the PKK/YPG with the Kurds. The other was that the Daesh threat did not disappear yet. Significant efforts and resources were devoted to this perception twist. So, it was possible to use the resulting perceptions against Trump with the purpose of changing his withdrawal decision. Indeed, the two counterparts have managed the process very well regarding this issue. The phone conversation on Jan. 15 pointed to different stages. The 20-mile safe zone proposal has been brought up by Turkey since the Obama era. Turkey has already showed its capacity, power, determination and goodwill with the Euphrates Shield and Olive Branch operations and with the Idlib agreement. When Turkey put boots on the ground, neither the PKK nor Daesh could resist it. And peoples within the region harbored deep trust and sympathy for Turkish soldiers. Kurds, Arabs, Turkmens, Christians and all the other peoples in the region know well that Turkey's presence means stability and peace. It would be the most reasonable option for the U.S. to implement both the withdrawal and the creation of safe zone together with Turkey.

Of course, within this picture Turkey's control over the safe zone would be the best and most legitimate option. Choices apart from this and especially those about deploying troops from some Gulf nations which are known for their fierce anti-Turkish stance would further complicate the issue. Turkey will not allow this. But U.S.-Turkish relations will receive another serious blow.

While I was writing this piece, an explosion occurred in Manbij. Among the 14 people reportedly killed in the blast are four U.S. soldiers. It is a very sad event. I offer my condolences. The attack was claimed by Daesh.

That the attack came at a time when the U.S. withdrawal just began, and the issue of safe zone was discussed has puzzled many minds in Turkey. Already, it is commonly believed that Daesh is used as a tool to redesign the region. It is widely thought that the areas occupied by Daesh in northern Syria were handed over to the PKK/YPG mostly without fighting.

Close contact, cooperation and the trust relationship of the two presidents will be decisive in solving this issue in Syria. Caution should be maintained while taking into consideration what obstacles the two leaders are facing. In fact, such cooperation is to the interest of all countries involved.

To sum up, the effort to redesign northern Syria through the PKK/YPG came to be a futile investment, regardless of its author and purpose, and was discarded by Turkey. Some may try to raise it from the dead. Moreover, even Trump may be persuaded or forced during this effort. But at the end of the day, due to the nature of the region, the codes of the Turkish state and characteristics of the geography, that design is destined to fail.

All the perceptions and lies produced for this design have collapsed. Turkey is the only friend of the Kurds living both within its borders and in countries across the region. Besides, as President Erdoğan said in a speech at his party's parliamentary group meeting on Jan. 15, Turkey is a state also of Kurds.

Various provocations may occur in the region. But this cannot lead Turkey astray. Turkey has solved the riddle and grasped the essence of the issue. The millennia-old brotherhood and the culture of cohabitation developed by Turks and Kurds can withstand every effort toward regional design.