Is Trump an Obama leftover? 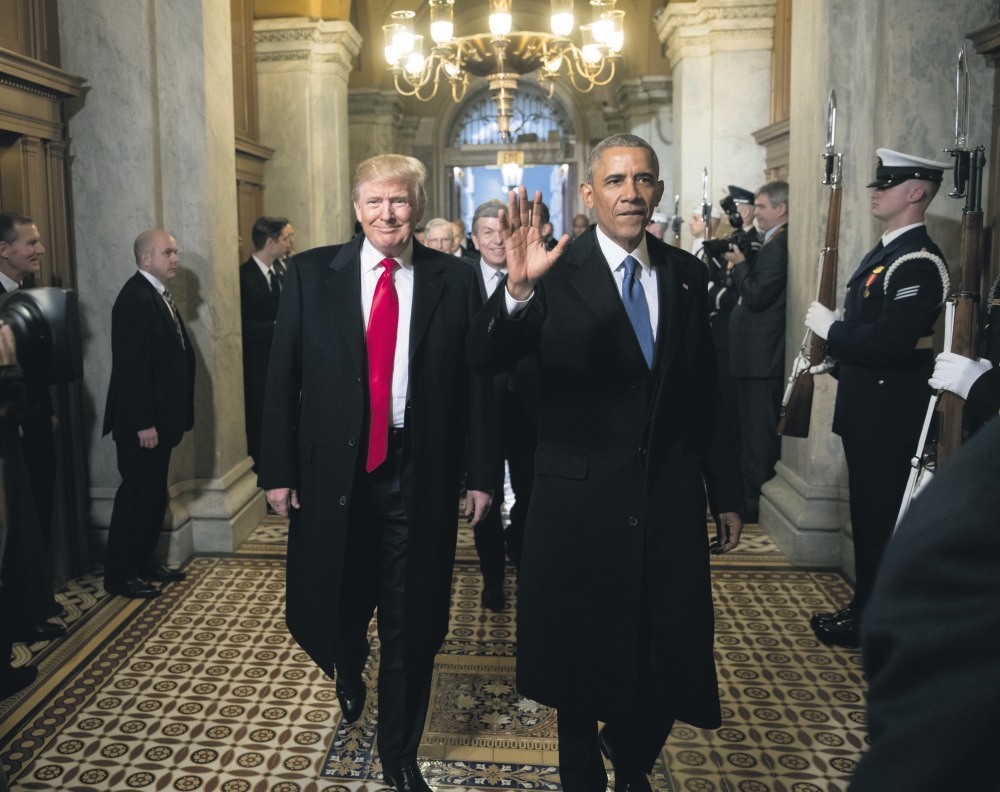 Clearly Trump does not share Obama's prudent optimism; yet, both presidents believe that the days of American military hegemony in the Middle East are numbered, if not completely over

When Donald Trump replaced Barack Obama as U.S. president in January 2017, many pundits jumped to the conclusion that the liberal hegemony strategy that the United States has been following since the early Cold War years would soon give way to transactional isolationism embodied in the new president's "America First" calling. Henceforth, Washington would spend less efforts abroad in the name of strengthening liberal international order, pull back the bulk of American troops deployed in distant places, adopt a more transactional approach toward allies and foes alike, build physical walls to stem immigration flows, take up mercantilist protectionist measures to satisfy the losers of the economic globalization process, focus its attention on containing China's rise and build cooperative relations with the strongmen of the non-Western world in search for a concert of great powers to ensure global peace and stability.

Rather than seeing Obama's presidency as a smooth transition from the liberal internationalism strategy of the postwar era to Trump's nativist "America Firstism," many saw clear ruptures between the two presidents.

Indeed, Trump's approach to global politics has differed from his predecessor in terms of his skepticism toward multilateral platforms, such as NATO and the World Trade Organization (WTO), as well as his misgiving about the possibility of transcending nation-states in search for a global community of human beings. In Trump's view, the possibility of a global community of humanity has soon proved to be a non-starter. Trump's loath against nation-building initiatives and democracy promotion attempts seems to have put the new president at quite a distance from all previous presidents since Henry Truman, the architect of the U.S.-led liberal international order.

Previously, all American presidents were globalist in different shades, yet Trump appears to have been a textbook example of a nativist nationalist. The latest talk by Secretary of State Mike Pompeo in Cairo in early January of this year seems to have vindicated Trump's world view starkly, no need to mention the speech that Trump delivered himself at the podium of the United Nations General Assembly. Compared to the talk former President Obama delivered in Cairo in early 2009 and other important speeches that former American statesmen have given in the recent past, Trump's secretary of state seems to have put the idea of universal human rights and liberal democracy at the backburner in American foreign policy thinking. He has opted for an extremely utilitarian and instrumental attitude toward the countries in the Middle East.

The first half of his presidency has undoubtedly demonstrated that the foreign policy goal of the Trump administration was to undo Obama's legacy, in particular concerning Obama's efforts to help improve relations with European allies and midwife a new regional security order in the Middle East through the formation of a regional balance of powers. His aversion to the use of force and proclivity to share responsibility with other global actors put Obama at the opposite of neoconservatives. Yet, Obama was a liberal internationalist at soul. He was an ardent supporter of a rules-based global order in which the United States would share responsibility for global security with traditional allies and erstwhile rivals. His hope was that pax-Americana would still survive in a post-American world if new comers in global politics were convinced to play by the rules of liberal internationalism.

Obama pushed for the signature of the nuclear agreement with Iran with a view of encouraging Tehran to play a more responsible role in regional politics. He also pushed Israel to act more responsibly and find an acceptable solution to the decades-old Palestinian problem. Obama's other goal was to put more pressure on Sunni regimes in the Gulf region to find immediate solutions to their internal problems if they wanted to regain their tarnished legitimacy in the eyes of their people and to contain Iran's rising influence in the post-Arab Spring Middle East.

On the other hand, Trump put Iran in the same category of Russia and China in terms of their efforts to challenge American primacy across the world. He pulled his country out from the nuclear agreement and has given a blank-check to the Netanyahu government. His efforts to curry favor with the evangelist community back home are a good indication of how Trump uses foreign policy for domestic political concerns. His bold actions to move the American embassy from Tel Aviv to Jerusalem and charge his son-in-law Jared Kushner with the task of finding a solution to the Palestinian dispute outside the time-tested two-state framework are clear repudiations of previous American policies in the Middle East.

Trump's efforts to court the young and restless crown prince of Saudi Arabia, Mohammed bin Salman, in the name of securing American economic and military interests constitute another example of his antipathy toward Obama's Middle Eastern policies. Unlike Obama who saw the possibility of long-lasting peace in the region to be stemming from the establishment of a regional balance between Sunni and Shiite blocks, Trump seems to have thrown its lot with the Sunni regimes. Establishing the Middle East Strategic Alliance, consisting of six Gulf kingdoms alongside Jordan and Egypt, would arguably help contain Iran and offer further legitimacy to American military sales to the region.

Even though both presidents adopted different worldviews and toolkits, I hold the view that Trump seems to pick up where Obama left off. Trump's decision to withdraw American troops from Syria is no different from Obama's determination to decrease American military presence in the region in the name of outsourcing security responsibilities to regional countries in line with the offshore-balancing strategy. Obama paid more attention to the security establishment and agreed to troop-increases in Afghanistan and Iraq.

Yet, he gradually curtailed the number of American soldiers there. Trump also heeded the "adults in the room" and acquiesced to the prolongation of American missions in Afghanistan and Syria. Yet, unlike Obama, Trump is an outsider and he challenged the established foreign policy mentality out of conviction. Obama was more circumspect whereas Trump is more outspoken.

Obama's timid approach in Syria seems to have emboldened Russia and Iran in their efforts to shape Syria's future to their liking by giving all kinds of aid to the war-torn Assad regime. Trump's Twitter-post that the U.S. won the war against the notorious Daesh and the time to leave Syria had finally arrived will likely produce similar geopolitical consequences. With an absent American military presence in Syria, the Assad regime will get much stronger and Russia, Iran and Turkey will find it much easier to mold Syria's political future in their interests.

The limited fate of U.S. presence in the Mideast

It is for sure that Trump does not share Obama's prudent optimism, yet both presidents believe that the days of American military hegemony in the Middle East are numbered, if not completely over. A new world has been in the making for some time and security in critical regions can no longer be provided solely by the United States. Whereas Obama invested a lot in the idea that erstwhile enemies should be won for long-lasting security and stability to take root in critical regions, Trump is more supportive of the idea that either the United States should bolster traditional allies in East Asia and the Middle East to help contain regional villains or come back home and leave those regions to their destiny.

Compared to Trump's instinctual and unpredictable foreign policy approach, Obama's strategic patience would have certainly yielded more positive results in global politics. Though one cannot see Obama's sophisticated and prudent approach in Trump, it is beyond any doubt that many of Trump's foreign policy actions in key geopolitical regions, in particular the Middle East, are in line with the neo-isolationist mood in the United States. Obama had once defined himself as the first American president of the post-American liberal international world. Trump seems to define himself as the first American president of the "America First" United States. The transition has proved to be so instant that many fail to see the lines of continuities between the two presidents.

* Professor at the Department of Political Science and International Relations and Director of the Center for Social, Economic and Political Research (SEPAM) at Antalya Bilim University