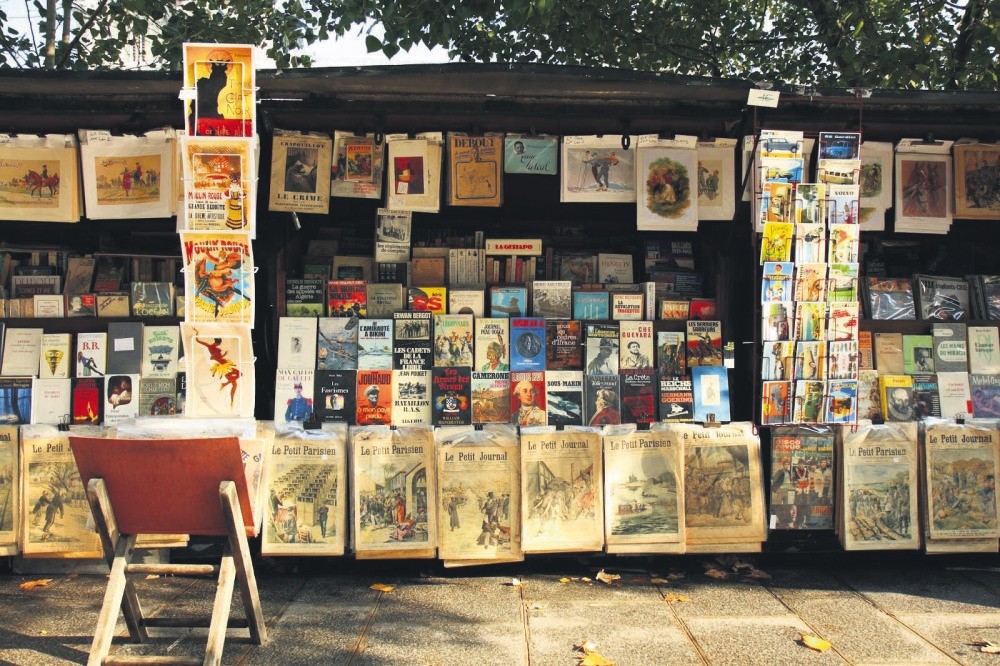 The year 2018 was extremely tough for both Turkish finance and the economy and prompted a number of still-ongoing ups and downs in many sectors; however, the publishing industry was not one of them. Despite the economic challenges and crises on the ground, investments in the Turkish publishing sector found ways to excel and develop. How? For the answer and to make appropriate predictions for 2019, let's take a closer look at two leading events last year regarding Turkey's 2018 success in the publishing sector. There is no doubt that the rising price of paper was the most influential element in publishing. Paper imports in Turkey were greatly affected by the speculation of the Turkish lira against the U.S. dollar in 2018; therefore, the fluctuations poorly affected the cost of the paper imports. Another factor that contributed to the rising price of paper was China's increasing demand for it, which led to a decrease in quotas for countries like Turkey. Along these lines, again due to the leap in the U.S. dollar, the cost of copyrights from abroad and other publishing materials also peaked.

Precisely speaking, there was a nearly 30 percent increase in cost, adversely affecting publishers. To overcome the challenges and take measures against paper costs, government officials and representatives of publishing sectors held numerous meetings last year. As part of the joint campaign against the paper crisis, the number pages of many leading journals, magazines and newspapers were decreased or the deadlines for publishing were extended or postponed. Some others chose to fire personnel.

Nevertheless, despite such a negative picture, the number of books published in Turkey within the banderol in 2018 reached 410,641,305. When this figure is compared to 2017's 407,739,008, a 1 percent increase is observed. Some 52.4 percent of the published books were on education, 18.1 percent on research and investigation, 10.8 percent on faith, 10 percent on children and youth, 6 percent in fiction and the rest were compiled of academic and imported works.

In terms of the kinds of books published, a major difference did not occur in 2018. In positive correlation with the increasing banderol number, there was also an increase in works that obtained their International Standard Book Number (ISBN). The number of ISBN works in 2017 was 60,335, and this number increased to 67,135 in 2018.

Second, investments in the publishing sector were also on the rise, against all odds. The most important development in this regard was Turkuvaz group's purchase of D&R, Turkey's largest entertainment and culture store.

D&R has 157 stores in 30 provinces and can be reached through its websites dr.com.tr, idefix.com and prefix.com.tr. In addition to giving life to publishers by increasing the potential in the sector, Turkuvaz media group recently published a bestselling book on the Jamal Khashoggi murder, last year's most shocking news report that happened in Istanbul.

In addition to Turkuvaz group, Vakıfbank, one of Turkey's biggest banks, also entered the publishing sector in 2018. Launching its first appearance as a publisher at the International Istanbul Book Fair – among the top 10 visited book fairs across the globe – it seems that Vakıfbank will make an important contribution to the sector.

Another important development in the publishing sector was world giant Amazon starting operations in Turkey. The fact that Amazon entering markets has often led many publishers to shut down urged Turkish publishers to be wary; yet, its appearance in the Turkish market has not massively affected the sector. In reality, Amazon's late entry into Turkey was due to the deteriorating relations between Turkey and the United States.

Last year, many events and meetings were organized to discuss the fate of the publishing sector. Among them, the 6th National Publishing Congress convened by the Culture and Tourism Ministry was the most profound. Since its first congress in 1939, the largest event in the country was held in 2018, providing a mutual base for the publishing sector, ministers and researchers to meet. The topics of the giant meeting included tax rates on different commissions, the role of the government, the problems in human resources, distribution issues, new libraries and city bookshops, fixed price rates and finally the sale of Turkish books abroad. Following the meeting, the reports prepared by the commission were later compiled into a book.

The ruling Justice and Development Party (AK Party) – which has been falsely blamed for rejecting the ideals of the secular republic and the values of the republican era as well as of creating a dictatorial regime – was the mastermind behind organizing the country's traditional congress, which was first held in the first years of the republican era. Despite the misguided critics, the AK Party was the one that invited many critics of the government and publishers from different political backgrounds to the congress. The anti-government figures monitored and chaired some of the commission gatherings as well.

Events with a focus on the publishing sector were not just limited to this historic congress. The Istanbul Culture Workshop held in May was another major event, and this workshop came up with concrete recommendations for the development of culture and publishing in Istanbul. Another event organized in 2018 was the Reading Culture Workshop. Many specialists at this workshop designed many projects to develop the culture of reading.

Among these workshops and congresses, other micro-level organizations were also held, including book fairs, which took place in nearly every city across Turkey. Many author-reader events were organized. In addition, fellowship programs were held, which brought international publishers together. Turkish publishers and the International Publishing Copyright and Consultancy Center (YATEDAM) attended publishing fairs abroad.It is safe to say that the fluctuation of the U.S. dollar against the Turkish lira is likely to negatively affect the publishing sector in Turkey this year; however, when taking into consideration the fact that the government is pursuing policies to ensure financial stability and economic growth, it can be safely argued that the publishing sector will rapidly continue to grow. Within this framework, therefore, it would not be wrong to estimate that the number of national and international investors will increase in this field.

* Editor at the SETA Foundation