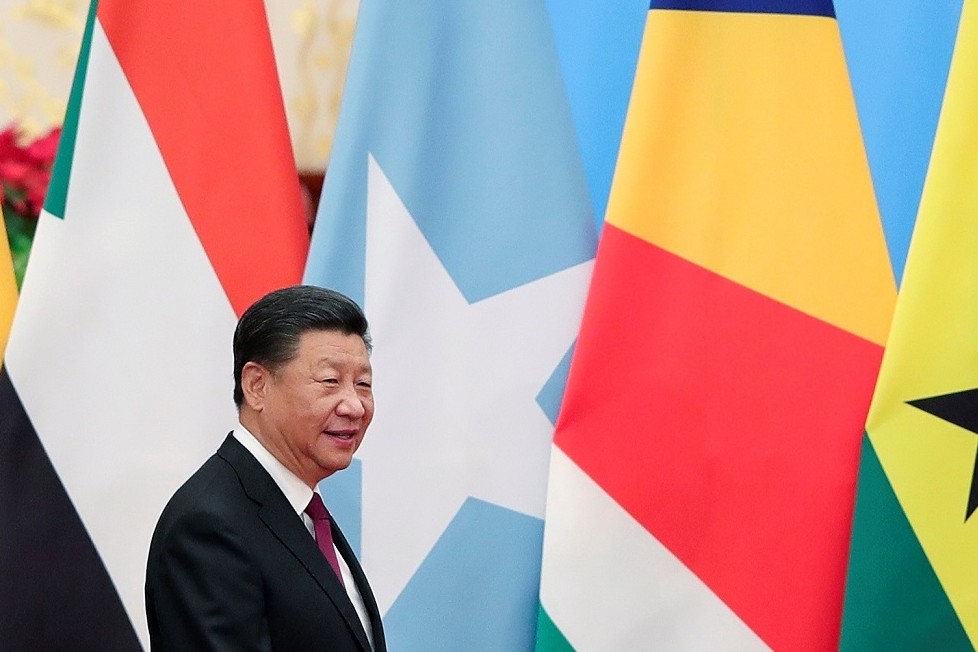 Chinese President Xi Jinping attends the 2018 Beijing Summit on China-Africa Cooperation at the Great Hall of the People in Beijing, China, Sept. 4, 2018.
by Abdiqadar Abdigani Mohamed Feb 19, 2019 12:06 am

Fishing is one of the most highly profitable sectors across the globe and, the tuna industry alone is worth about $10 billion globally. Surveys of Somali waters indicate that there are extensive fish stocks off Somalia's coast – this coast is, in fact, considered to be one of the richest fishing grounds in the region. Many valuable species live in the waters off the coast of Somalia as seen in data by the Sea Around Us Project, which analyses and studies the effect of fisheries on marine ecosystems around the world.

The Horn of Africa country with Africa's longest coastline invited China to its shores and gave fishing licenses in late December 2018. Somalia arranged fishing licenses for up to 31 vessels to China to exploit tuna and other species off its coast to tap the sector for economic growth as the Somali authorities claim. The vessels are related to the China Overseas Fisheries Association, a distant-water trawling group created in 2012 to promote the East Asian giant's competitive fishing edge abroad.

Chinese ships have been allowed to operate for a period of one-year in Somalia's coast, with the agreement specifying that there will be an automatic renewal for an additional year. Foreign fishing vessels will also not be permitted to operate between 44 kilometers to the seaward side of the Somali baseline and the Somali baseline in order to protect small-scale fishing operations. Upon entering or leaving Somalia's Exclusive Economic Zone, the boats will also have to declare their positions, besides the weight of catch on board by species.

Opportunities if the cards are played smartly

Somalia's 3,330 kilometers of coastline, probably the longest in Africa, remains the country's most untapped resource since 1991, the start of the Somali civil war and the subsequent collapse of the central government of Somalia. Because of poor infrastructure, domestic fresh fish consumption is limited to coastal areas, which has restricted access to fish for a large portion of the Somali population. This is an addition to the lack of familiarity with fish among Somalis. There is also a tradition of preferring meat over fish in Somalia. Fish consumption in Somalia has confined the market to certain coastal areas due to certain reasons including traditional tastes and lack of consumer education programs to promote fish consumption. But the shortage in meat supply experienced, especially in periods of droughts, has derived some demand toward fish, especially among low-income groups like internally displaced people (IDP).

The emergence of Somali pirates was due to the foreign vessels overfishing in their waters and dumping toxins and wastes; because it is cheaper than the other legal way, it is easy for those foreign vessels to do so since Somalia had no functioning government at that time because of the civil war; so, there were no coastguards protecting Somalia's coast. Secure Fisheries estimated that from 1981 to 2013, the amount of illegal fish extracted by foreign vessels from the country's seas totaled three times the size of Somalis' total catch. That value, suggested the NGO's researchers, amounted to $306 million, dwarfing the $58 million worth of seafood Somali fisherman caught during the same period.

All those issues cited above made the Federal Government of Somalia (FGS) consider another agency who had the capacity to extract these amazing resources to fasten the development and growth of the Somali economy. That is when the FGS knew how to play its cards smartly. To do so, the FGS considered employment opportunities for the youth which represent 75 percent of the entire Somali population and are mostly unemployed. Other sectors related to the sector of fisheries also will eventually evolve such as the industry and manufacturing sectors, finance and banking sectors and others which ultimately facilitate and help the economy of Somalia take off and revive once again.

Worries Regarding the Issue

The tropical spiny lobster, swordfish, and multiple species of tuna are among the most commercially valued fish currently found in Somalia's coast. Miscellaneous other species are also available. These catches illustrate that there is considerable commercial value in the undeclared Exclusive Economic Zone (EEZ) of Somalia – the 200-mile area to which Somalis could lay fishing claims if they were allowed official ownership – that development of which Somalia's coastal communities could greatly benefit. So there is a potential resource and economic opportunity from fishing off the coast of Somalia. The million dollar question which everyone asks is: Has the FGS guaranteed that China will not deplete this wonderful resource?

In West Africa, for example, Chinese vessels have been accused of draining stocks, using opaque measures to obtain licenses, and threatening the livelihood of fishermen. Beijing, increasingly aware of these practices, has cracked down by eliminating subsidies and canceling the licenses of fishing firms doing illegal activities.

Furthermore, there is another worry that China recently made a deal with the FGS which was that China will rebuild the Mogadishu seaport through a loan. So, if this deal is in exchange for exclusive fishing privileges and partial control of the harbor until the debt is paid, then, certainly, Somalia is going to be entrapped in debt by the Chinese government.