Political stalemate between Rome and Paris 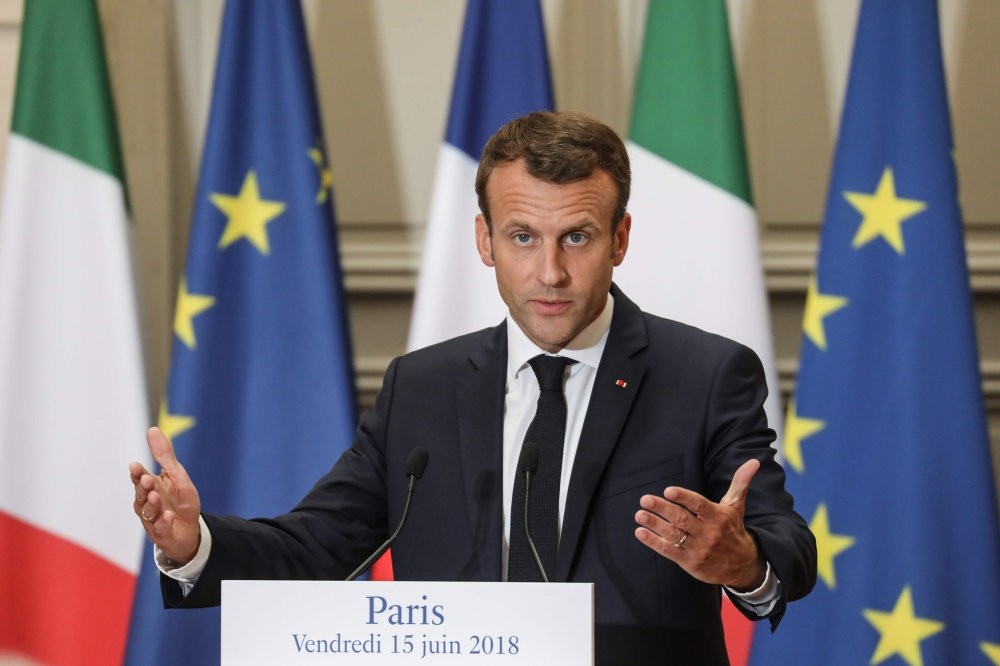 French President Emmanuel Macron speaks during a press conference after meeting with the Italian prime minister at the u00c9lysu00e9e Palace in Paris, June 15, 2018.
by Valeria Gianotta Feb 21, 2019 12:00 am

As long as Rome continues negatively criticizing French politics, the political stalemate in bilateral relations between Italy and France will never end

The diplomatic crisis between Italy and France is formally over. The French Ambassador Christian Masset, who had been recalled to Paris on Feb. 7, returned to Rome. Along with some criticism of French policy in Africa, the last straw in bilateral tensions was the Paris visit of Italian Deputy Prime Minister, Luigi Di Maio, to Christophe Chalencon, one of the exponents of the "yellow vest" movement.

Hence, the French Ministry of Foreign Affairs had reported that "continuous attacks by the Italian government are unacceptable. The latest interference is an additional and unacceptable provocation. They violate the respect due to democratic choices made by a friendly and allied people. They violate the respect that democratically and freely elected governments must respect among themselves. This is unprecedented since the end of the war."

The ministry also stated "being in disagreement is one thing, exploiting the relationship for electoral purposes is another thing. France and Italy are united by a common history; they share a destiny. Together they built Europe and acted for peace. Paris is deeply linked to this friendship that fosters cooperation in all sectors and the closeness between our peoples."

The phone call between leaders

After more than a week of diplomatic efforts aiming to mend the relationship, Italian President Sergio Mattarella overcame the deadlock thanks to a phone call with French counterpart Emmanuel Macron. A significant gesture, which recognizes Mattarella as a privileged interlocutor of France, given the tense relations with the 5-Star Movement/League government.

As declared in a diplomatic note, the two presidents "have reaffirmed the mutual importance of French-Italian relations, which are nourished by exceptional historical, economic, cultural and human ties. They outlined that France and Italy, which have built Europe together, have a special responsibility to work together for the defense and revitalization of the European Union."

However, some friction remains regarding the cost-benefit analysis submitted by the Italian side on the Turin-Lyon high-speed train line (TAV), which rejects its infrastructure implementation. Other critical issues are around the shelter provided by the French government to some fugitive Italian terrorists and to the rejections of immigrants at the French border, as Italian Interior Minister Matteo Salvini claims.

Recently, Paris has declared that the funny messages about France launched on social media by Luigi Di Maio and Matteo Salvini "did not prevent Italy from entering into a recession period." In addition, with regard to the TAV it remarked that "the best way to fight mistrust toward Europe is to behave well toward its partners and that the project between Lyon and Turin allows northern Italy to grow up."

Indeed, Italy has shown some discomfort from the aggressive business conducted by French companies. In the attempt to create a great aggregation with the French shipyard giant STX, the Italian Fincantieri encountered serious difficulties due to the intervention of the European Commissioner for Competition which started scrutiny procedures against Italy.

While there is room for optimism in the shipyard merger, there is concern when it comes to the newly signed Treaty of Aachen, which consolidates the ties between France and Germany in specific areas such as foreign policy, defense, trade, mobility and research. In the past, Italy and France attempted to sign a similar cooperation agreement without any success.

Furthermore, last year the traditional Italy-France bilateral summit was not organized for the first time since its foundation in 1981, an outcome of the rising tensions between the two governments.

Being excluded from the deal, Italy may suffer some implications on its military-industry role and overall at the decision-making process within the European Union. By constantly emphasizing that Europe needs a shake when it comes to different approaches to certain policies, overall on immigration and on the EU's economic and fiscal governance, the Italian governments underlined its commitment to the EU as closer to the needs of the people.

In front of the EU's inability to suggest solutions, Italian Prime Minister Giuseppe Conte's speech at the European Parliament faced some harsh criticism. The Belgian leader of the liberal group Alde, Guy Verhostadt, pointed a finger at Conte "as a puppet of Mr. Salvini" and clearly spoke out that Italy had become a lighthouse of Europe from being a defender of Europe. According to some European circles, Rome would be indeed responsible in defying Brussels on budgetary rules, to shatter diplomatic relations with France by chasing the yellow vests and to break European unity by disavowing the Venezuelan President Nicolas Maduro.

Unfortunately, in front of the external opposition with its populist rhetoric, Italy seems to get more and more isolated. As the European elections approach, Macron's party, le Republique en Marche, will run in the same group as Alde. On the other hand, the 5-Star Movement/League are looking for allies and which is where their support to the yellow vests comes from. A sympathy based not only on the cause, but also on the increasing support achieved in Italy. Moreover, the latest political initiatives are polarizing the domestic arena with a clear aim to enforce Salvini among the populist right voters and to widen the already existing divide between the 5-Star Movement and Democrat Party (PD). The last perceives Macron as the champion against rising European populism since in 2018 the French president explicitly expressed his opposition to the Le Pen-Orban-Salvini tripartite alliance.

The Italian political trend became evident during the last call to polls for the administrative elections in the Abruzzo region, where the right-wing alliance, including the League, the Brothers of Italy and Silvio Berlusconi's Forza Italia won 48 percent, while the 5-Star Movement gained something more than 20 percent. Despite some speculations on the coalition crisis, the two political forces of the Italian government are proving to find common objectives such as a change to the traditional approach to politics. This attitude can come to fruition just by demonstrating an ability to act as influential members in European groups as well. Nevertheless, as long as the Italian front gets consensus on some critical issues often by negatively referencing French politics, the political stalemate in bilateral relations between Italy and France will continue.