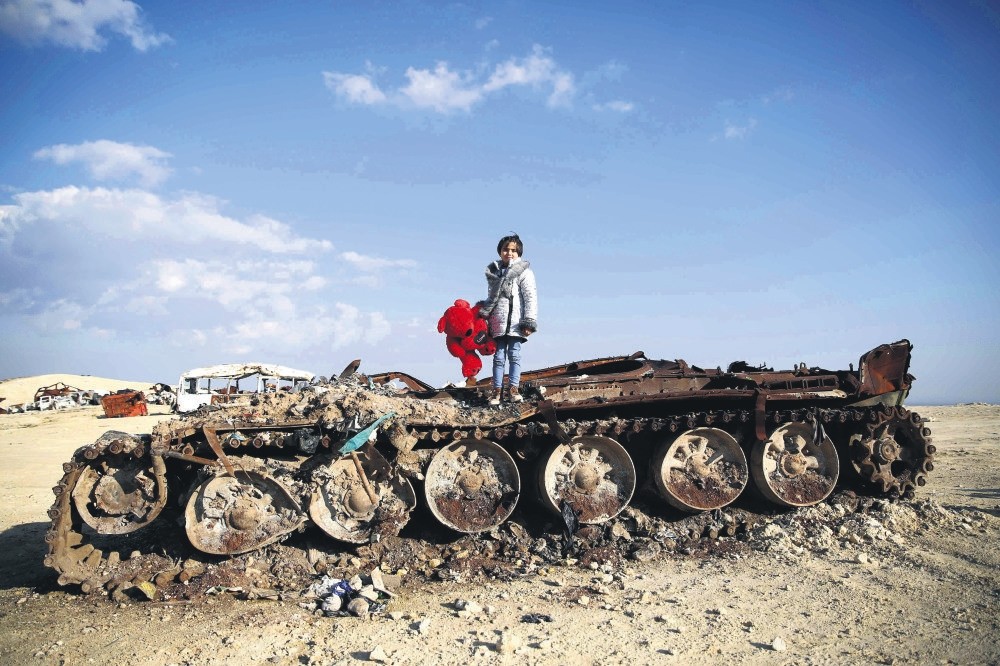 Apart from the U.S. supporting the outlawed YPG, there is almost no other disagreement over a political solution to the Syrian problem. And it is clear that this is largely a result of the Astana process, not the Geneva process

The fourth trilateral summit on Syria between Turkey, Russia and Iran as part of the Astana process, which began in 2017, was held on Feb. 14 in Sochi. That these three influential countries of the region, which play key roles regarding the issue of Syria, achieved this cooperation is in itself a sign of a very important opportunity. Apart from cautious remarks, it is also important that the three countries confirmed that the summit went well. Thus, as President Recep Tayyip Erdoğan stated, a glimmer of hope has shined and is growing for Syrians for the first time after a very long time. In his evaluation, President Erdoğan expressed that the summit proved very successful and that optimism and opportunities increased.

Before looking at the details, I must state that what the three countries stressed most in their statements is "Syria's unity and territorial integrity." Again, all parties underlined that Syria belongs to the Syrian people and that it is up to the Syrians to decide the fate of their country. As Russian President Vladimir Putin said, "Only the Syrians themselves can decide on their future. There is no other alternative."

In fact, we need to say that Turkey's resolute stance played a significant role here. Maintaining Syria's unity and integrity was an idea supported only by Turkey until recently, while even Bashar Assad himself abandoned this in exchange for controlling a Nusayri state in "the coastal areas."

No other party except Ankara opposed the partition of Syria into three parts after getting their share or easing their worries. Besides all this, it was widely argued that avoiding the fate of Iraq – division – was impossible for Syria.

As of today, as it was firmly emphasized by the three countries at the Sochi summit, Syria's territorial integrity is to be upheld as a "fundamental principle" by Turkey, Russia and Iran alike.

Of course, there are still serious divergences with the U.S., which appears determined to set up a PKK statelet in northern Syria, and other coalition partners. I think one of the most important reasons why the U.S.-led coalition remains distant from the Astana process is that divergence in approach.

Undoubtedly, key among the vital issues for Turkey is to prevent the PKK terrorist group from carving up a state in northern Syria. Ankara's strong reaction to the U.S. on that issue is well known but there is no meaningful sign yet that the U.S. has renounced this goal. Ankara approaches the U.S. decision to withdraw troops from Syria with cautious optimism. There is a serious lack of trust here. It is known that weapons are still being delivered to the terrorists in the region. On the other hand U.S. President Donald Trump said, "We will protect the Kurds in the region." With this, Trump is equating the PKK and its Syrian affiliate People's Protection Units (YPG) with Syrian Kurds and threatening Turkey.

However, the U.S. administration and agencies definitely know that this is not the case. In fact, various reports have already revealed that the PKK and the YPG are the same, that they were involved in many human rights cases of abuse including the recruitment of child soldiers, that they established hegemony over the region by killing or expelling Kurdish opponents – in short, that they do not represent Kurds.

As the U.S. maintains such a contradictory stance, the emphasis, especially on the security of Turkey at the latest Sochi summit, has become all the more important. Russia and Iran have affirmed the righteousness of Turkey and understood that it is dead serious about the PKK.

The final declaration of the summit says: "The presidents discussed the situation in the northeast of Syria and agreed to coordinate their activities to ensure security, safety and stability in this area including through existing agreements, while respecting the sovereignty and the territorial integrity of the country."

President Erdoğan also highlighted the importance he gives to the issue by saying, "I want to make it clear that we will not allow a terrorist corridor to emerge along our southern border. I would like to express that we evaluate our future within the framework of the Adana accord of 1998."

On board the plane to Turkey, he stressed the importance of the issue once again:

"The east of the Euphrates should be cleared of terrorist organizations. We are doing what Gulf countries and the U.N. have failed to do [in Geneva] with the Astana process. The next Astana summit will take place in Turkey. Until then, we have to take some steps. During our meetings, I've said that we can also include Iraq and Lebanon in our talks. Because, both share borders with Syria and their ties with Syria are at differing levels."

Of course, the issue of Syria is very complicated. The issue of Idlib can trigger a very serious crisis as well. Ankara is worried about the consequences of a possible clash there, like a humanitarian disaster and a refugee influx. The Idlib accord was achieved through the efforts of Turkey and Russia and a disaster was thus averted.

That the leaders of Russia and Iran stressed during the summit that the current cease-fire in Idlib is not the ultimate goal, but a temporary solution, revealed the priorities of the parties in their risk perceptions. While viewing the PKK threat as the number one priority, Turkey does not ignore Daesh or other radical groups, either. Iran and Russia, on the other hand, focus more on radical groups in Idlib while also not ignoring the issue of the PKK. Thus, the three countries agreed on a similar joint action plan. Creating ground for compromise and empathy in such a complicated region and on a problem as complex as Syria should be seen as a critical step.

Turkey ponders, however, how much Russia and Iran can be trusted regarding the PKK's presence east of the Euphrates. When asked about that, President Erdoğan said:

"We will trust our partners in the Astana process, we have to trust them. However, if we encounter ambivalent positions, of course we will take the necessary steps. As of now, we've eliminated the terror corridor. The next thing we should focus on is the Adana accord of 1998. Mr. Putin brought up the accord again. The accord and the subsequent agreement on combating terrorism signed by the two countries contains a clause that allows Turkey to pursue terrorists within Syria."

Erdoğan's remark, "We cannot let ourselves stumble upon molehills instead of mountains," referring to an oft-quoted Turkish phrase, has also confirmed that cautious optimism.

In conclusion, these three countries will fight terrorist groups across all of Syria with the same sensitivity. Differing focuses of the three countries in various areas must be managed carefully.

President Erdoğan stated with the following words that Turkey understands the sensitivities of Russia and Iran:

"A terror corridor had been formed along our border. Destroying it was our first priority. Another issue was Idlib. A similar incident will take place there. Our joint intervention with Russia averted a refugee influx from Idlib. But we must fight against the terrorist groups in Idlib. Now the east and west of the Euphrates is in question. We, as Russia, Turkey and Iran, should act together against terrorist groups."

If the YPG problem is solved

The situation in Syria is becoming increasingly dependent on the U.S. stance on the PKK and YPG. Apart from the U.S.' insistence on supporting the PKK/YPG, there is almost no other disagreement over either the issue of terrorist groups or a political solution to the Syrian problem. And it is clear that this is largely a result of the Astana process, not the Geneva process.

The next summit will be held in Istanbul. Agreement over the members of the proposed Syria constitutional committee – particularly on six names – was nearly ensured. We are at a much better point regarding the issue of Syria. We hope this tragedy comes to an end now and millions of people can return to their homes safely. Such a solution to that problem will create significant optimism for the future of the world as well.