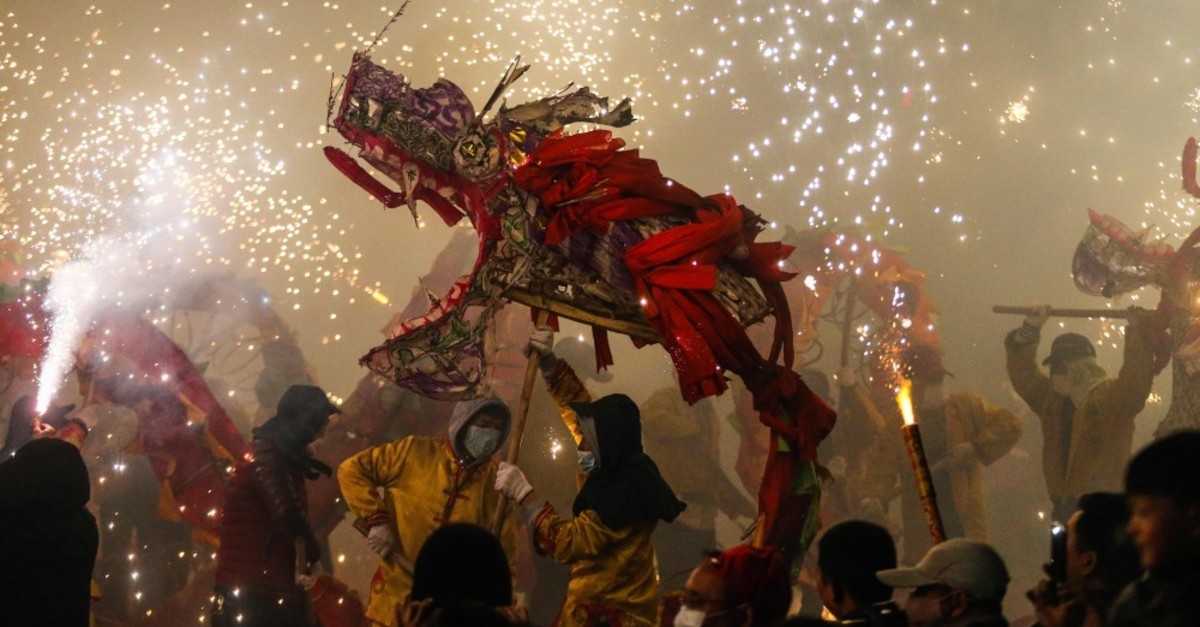 The Chinese nation has so far faced many riots, unrest, dynastic declines, humiliations, and comebacks caused by either internal or external conditions. When the Manchurian-Qing dynasty was left powerless following one revolt after another which included the Nationalist Revolutionaries, who were the most resilient and influential organization working against the rule of the Qing dynasty. As a result, the last Emperor of China abdicated his throne and established the Republic of China under the leadership of Sun Yat-sen in 1912.

However, China did not find prosperity and freedom. The collapse of Qing China did nothing in the struggle for power between the nationalists and communists. This ongoing struggle ended with the defeat of nationalists in mainland China, who then retreated to the island of Taiwan.

In 1949, the communists declared ultimate triumph over their rule of China. Over the past 40 years, China began gradually surpassing other nations in terms of its economic capability. China has accumulated billions of reserves in United States dollars, and has been presenting itself as an alternate country. Due to an increase in economic capability, China has begun to change its stance from "Keep a cool head and maintain a low profile and never take the lead" to an "assertive and bossy if necessary."

China has investments worth billions of dollars, numerous pending projects and pledges made across the globe. In addition, there are a number of countries that look for Chinese economic aid, loans and investments. This is where the Chinese "Panda" and "Dragon" style policies come in.

Panda diplomacy is best characterized by the sending of Chinese pandas to other countries as gifts, playing a crucial direct or indirect role from a political perspective, between China and the nation receiving the panda. Panda diplomacy is similar to the reasons for China's Confucius Institutes, to build positive impressions of China. Currently, there are 25 zoos across the world that have Chinese pandas on display. Hence, China's panda diplomacy seems good, constructive, humble and positive; while the panda itself is cute, funny and innocuous.

I want to explain the Chinese behavioral style toward other countries in these two ways.

Toward some nations, China acts good, helpful, humble – the panda style; whereas for other nations it is the complete opposite – the Chinese "dragon style," where the dragon in Chinese myth equates with strength, power and benevolence. However, but to others, the dragon looks like a domineering and dreadful giant.

To understand these two styles, we can look at the China-Cambodia case, and China's President Xi Jinping's latest discourses about Taiwan.

Cambodia shares a border with China, and thus it is China's closest geographical ally. The presence of China in Cambodia through investments, projects, loans, grants, promises and tourists sees an increase every year. The Chinese have left their footprints mostly in the coastal city of Sihanoukville in casinos, condos, companies and so on.

Moreover, Cambodia has received Chinese loans worth $3 billion for over 40 development projects, as well as grants of around $180 million for 10 projects since 2002. Between 2013 and 2017, Chinese investment in Cambodia was over $5 billion. In addition, there is the Chinese national expressway project with 2 million kilometers being built in Cambodia at a cost of around $26 billion by 2040. In June 2018, China pledged $100 million to modernize Cambodia's military.

Two things can be assumed here. The first assumption is that China "gently" pushed Cambodia to back China in ASEAN (dragon style) by reminding Cambodia of various Chinese contributions. The second assumption is that China promised an increased presence in Cambodia, and in return Cambodia would pledge loyalty to China (panda style). On account of this, analysts and experts suggest that a country should diversify their lenders to leverage their own interest, so as to prevent being dominated by other nations.

Globally, China spent over $700 billion between 2005 and 2017 on construction projects, with most of these projects in low-income and middle-income economies. According to Deutsche Welle (DW), China has more than 4,300 projects in 138 countries around the world. Therefore, the Chinese panda and dragon styles may be seen more in these countries in the coming years, particularly in countries that borrow heavily from China.

The case OF TaiwanAs China has its own intentions in regards to Taiwan, the opinions of other countries do not seem to matter much. On January 2, 2019, Xi Jinping underscored that Taiwan "must and will unite" with mainland China. These latest remarks by Xi Jinping on Taiwan were a clear signal that China is showing its dragon style approach, which may include an intervention by the Chinese military. Any intervention would intimidate Taiwan if it goes beyond China's red lines, such as demanding independence.

China will show its panda style stance as long as there is no disturbance from other actors. However, when something goes wrong, the dragon is in, and the panda is out. In the coming years, it is believed that the dragon style will be frequently used, and this might include demanding ports, land and loyalty, as well as retaliation and intimidation and so on.