Fate of foreign Daesh captives – is Europe shirking its responsibilities? 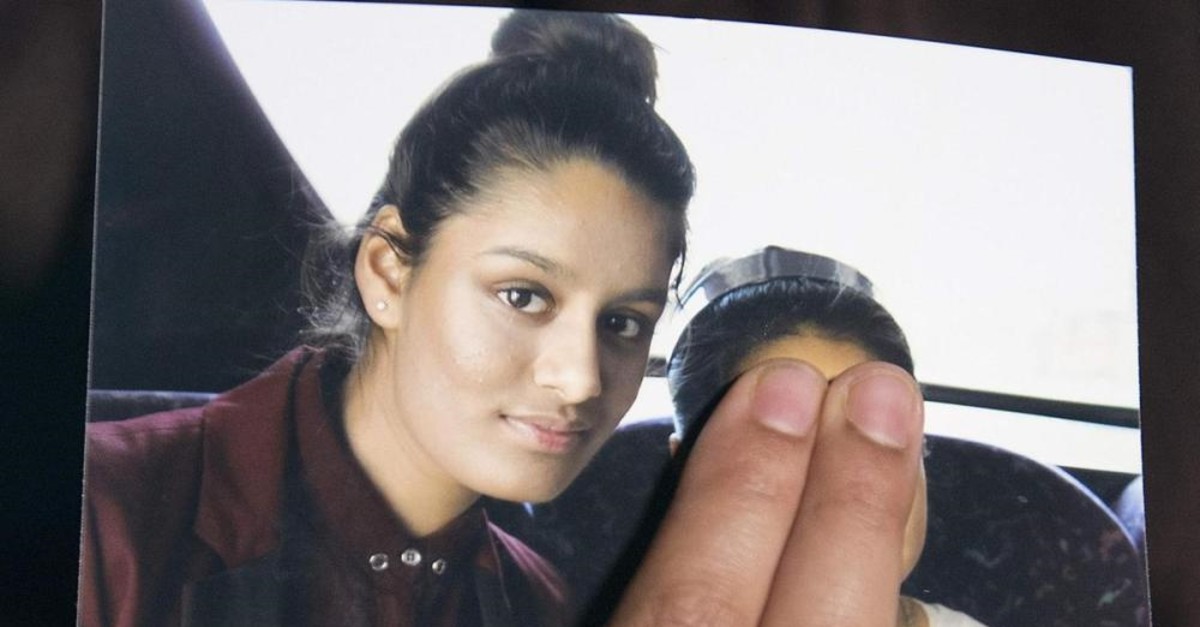 Renu Begum, eldest sister of missing 19-year-old UK girl Shamima Begum, holds a picture of her sister taken with another girl, whose face is covered in the photo to protect her identity, while being interviewed by the media in London, Feb. 22, 2015
by Bashdar Pusho Ismaeel Mar 08, 2019 12:59 am

The notorious terrorist group Daesh may be close to defeat, but the thorny issue of Daesh captives and their families will rumble on for much longer particularly in the European countries

At the height of Daesh's power, hundreds of foreign fighters streamed in to join the self-proclaimed caliphate. Now, with Daesh left holding only small pockets of territory across Syria and Iraq, comes the real headache for European powers – what to do with the dozens of fighters and their families held captive that are essentially still their citizens? So far, the European policy has been simply to keep the captives, currently held by PKK-linked Syrian forces, as far away as possible from them. But this stance is not sustainable and is providing an increasing legal, political and logistical headache for EU powers. With over a 1,000 Daesh militants in captivity, dubbed as Foreign Terrorist Fighters (FTF) by the United States, the long-term option is not to treat them as someone else's problem. The U.S. has been particularly vocal on the need for European powers to take responsibility for their foreign captives. For the U.S., they feel that Europeans are dumping a problem on them that is not their responsibility.

As far back as February 2018, then Secretary of Defense, James Mattis, emphasized the issue of the captives, "my view is that the country of origin that they were citizens of bears some sense of responsibility."

Pentagon spokesperson Candice Tresch recently underlined the U.S. government policy was "to encourage countries of citizenship to take responsibility for their FTFs through prosecution, rehabilitation programs, or other measures that sufficiently prevent detainees from re-engaging in terrorism."

Meanwhile, U.S. President Donald Trump stated in a recent tweet, "The United States is asking Britain, France, Germany and other European allies to take back over 800 ISIS [Daesh] fighters that we captured in Syria and put them on trial," before boldly warning, "The alternative is not a good one in that we will be forced to release them. The U.S. does not want to watch as these ISIS fighters permeate Europe, which is where they are expected to go."

EU powers are in a tough legal predicament and this has primarily stoked their anxieties. Their citizens want to come home and once they step into the respective European territory, the governments are automatically faced with a legal nightmare.

On the Syrian battlefield, the militants or their families can remain captured without trials, but in Europe, it is not as straightforward.

These governments can prosecute, but they need unwavering evidence, complicated by the difficulty of separating those deemed not to have directly taken part in any combat or violent activity.

In the absence of a conviction in a trial, which is a likely outcome given the difficulty in conducting any investigation in a war zone or collecting credible evidence in the chaotic Syrian landscape, then, in essence, these citizens are free to walk away.

Which then leads to another dilemma for the governments: How do you monitor and deal with ex-Daesh figures roaming the streets knowing fully well that many are unlikely to have relinquished the same hard-line ideology that propelled them to join Daesh in the first place?

The case of Shamima Begum

The case of Shamima Begum, the 19-year-old with a newborn baby, has dominated media coverage in the U.K., with Westminster being placed in a difficult predicament.

They have exonerated themselves from Begum's plight by underlining they are not accountable to help citizens who turned their back on their country to return home.

The U.K. went a step further by attempting to revoke her citizenship and thus not have to deal with the problem of her coming home, where they then cannot refuse admission. However, this is also shrouded in legal controversy as countries cannot remove citizenship if it leads to the subject becoming stateless.

The ongoing debate on the FTF's between the U.S. and European powers could lead to an ironic outcome – captives transferred to Guantanamo Bay, a place that the EU governments have often criticized as a legal black hole.

The U.S. security laws are more expansive than those of the EU, so holding captives in Guantanamo Bay without a trial is not as difficult.

One example is around the infamous British Daesh captives dubbed "The Beatles." Alexanda Kotey and El Shafee Elsheikh were captured a year ago in Syria.

British prosecutors were worried that the evidence was insufficient for charges under U.K. law. This led to the debate with the U.S. about their fate. The potential for them to face the death penalty in the U.S. led to a new dilemma for the U.K. government, whilst the U.S. offer to transfer them to Guantanamo was not much easier.

Britain pushed for civilian trials as a condition for the U.S. as opposed to the military commissions system, but the U.K., or other EU powers for that matter, are hardly in a position of strength to dictate their ideals to the U.S.

Ironically, by keeping a hands-off approach to their Daesh captives, EU powers are encouraging the same legal limbo that they have often accused the U.S. of over detentions, including those in Guantanamo.

The EU faces a legal and political challenge in keeping captives with PKK-linked Syrian forces, not to mention a logistical nightmare.

PKK-linked Syrian forces are not backed by legally enshrined status so how can they legally prosecute captives, or indeed deport captives to the EU?

In the case of France, one way out was to transfer 13 French Daesh captives to the Iraqi government. According to Iraqi President Barham Salih, the militants who are "accused of having commanded operations against Iraqis and Iraqi installations in Iraq," will be tried according to Iraqi law, with Salih stressing "we are acting within the confines of international law on this matter."

However, this still begs the question of what France does with the dozens of other captives reportedly still in custody in Syria.

Daesh may be close to defeat, but the thorny issue of Daesh captives and their families will rumble on for much longer.