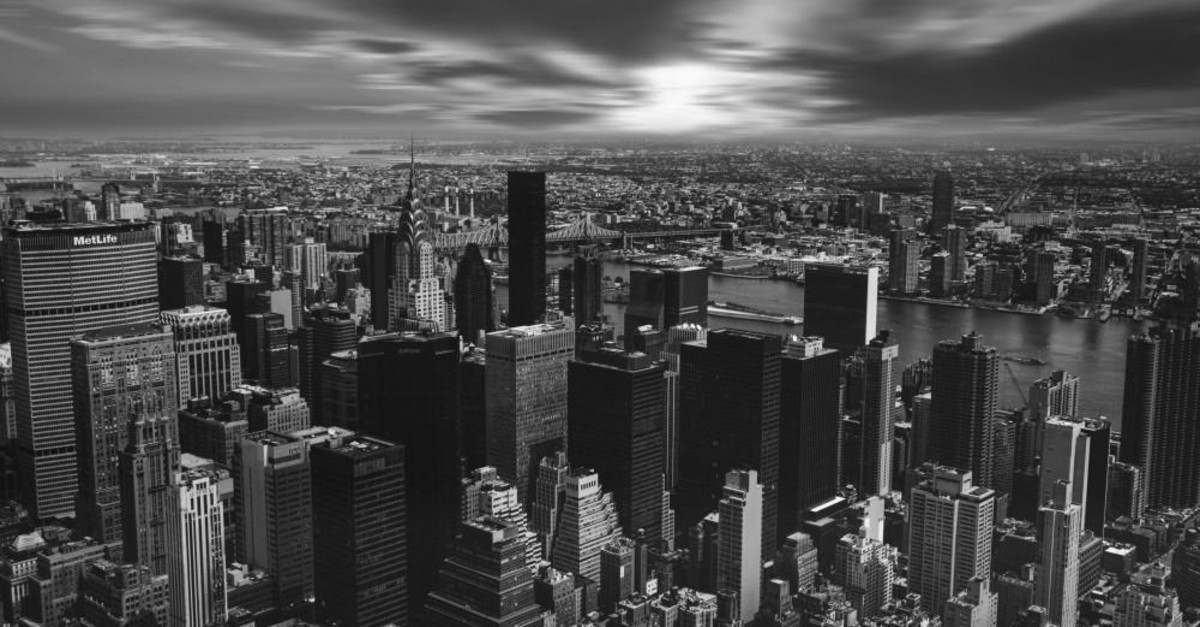 As Keynes says, ‘The fundamental problem of mankind is to bring together three variables: Economic efficiency, social justice and individual freedom'

The repercussions of the Munich Security Conference held in February are still continuing. It didn't take long for the participants who were merely waiting to hear about the changes in the fields of security and military to realize that they were attending a much more chaotic and comprehensive economic summit than the one at Davos. Ever since the last quarter of 2017, when the final declaration of the polarized world really started to come to light, no one thought that the U.S. and Europe hated each other so deeply. Beyond economic interests, we are now witnessing the breaking point of political conflicts dating back to the 1700s on an East-West synthesis. The ensuing economic and political demolitions will be more severe, complicated and ruthless. It's best if we take a look at what has happened in this transition to authoritarian state capitalism, which replaced the order of scholarly politics that had been pursued for years in foreign policy, and what awaits us next.

A passage in the book "Capitalism and Freedom" written by Milton Friedman, who received the Nobel Prize in economics for his work on the impact of monetary policy on societies during periods of enlargement and contraction, in essence describes what is happening today. In the book, Friedman says that from a historical and sociological point of view, economics and politics have never developed independently in any period or society, and sometimes politics or sometimes economy has on its own determines all other areas of life as a dominant and sovereign power.

Similarly, Friedman, who says economic freedom is an indispensable tool on the path to political freedom, gives this example: "The deprivation of fundamental freedoms a British citizen who was not allowed to spend his/her vacation in the United States after World War II experiences is the same as an American citizen who was not allowed to spend his vacation in the Soviet Union because of his/her political views. While the restraint on freedom in the first case is economic, the other is politically constrained."

What Huawei is experiencing today in the U.S. and France and what has happened to Qatar in the Middle East, what China has done in the Far East by pressuring Japan, and what those who are seriously considering splitting Sudan into two are feeling are all very similar. The borders of these countries are not economically sufficient for themselves; while they try to close their borders to the capitalist transitions of other countries, they are also busy harassing their competitors' boundaries and markets.

Today, state institutions like the European Union and the G8, ministries in charge and even legislative and judicial organs, which represent hegemonic capital circles, hinder direct investments and the purchase of companies using competition authorities as an excuse. Theories such as free money circulation and economic partnerships taught to students are now all concepts on shaky ground. The fragmented structure of the capitalist state was seen as a regulator in liberal economies, but today it only curbs the gains of labor and workers. Neither the manpower nor the economic size of any mechanism is capable of sustaining liberal economy, but people are either afraid to say this or are not yet aware of this change.

Today, the Western economy doctrine, which prohibits the formation of unstable equilibrium and restructuring according to changing conditions, is [called] authoritarian state capitalism, and where it feeds from is East Germany which is socialism itself. The idea of the separation of powers was used to determine the capitalist class within the EU between 1940 and 1980.

The fact that some political parties call themselves the greens, libertarian or labor parties but once they come into power they support the bourgeoisie in one way or another is the final outcome of the "yellow vests" on the streets of Paris today for the 18th time. In 1789, those who called for "liberte" (freedom) in Bastille now want "libre arbitre" or the real free will. No street fraction can be continuous without a negative thinking structure that does not feed off from lower segments. What is happening today is not the result of the working class' struggle with the capital, but how and by whom the capital will be managed. Western states do not want to give this control to the people, because the only power upholding parliamentary systems is the capital, and that they represent the executive leg of destructive imperialism.

By throwing a spanner in the works and this system, Far Eastern and emerging economies have today caused the Munich conference to turn into one of the most scathing meetings of all time.

After putting together the parts the president of the Munich Security Conference, Wolfgang Ischinger, emphasized in his opening speech and the summit's conclusion, all participants voiced this exact thought: "The liberal order is dissipating." Ischinger's headlines could be listed as follows: There are political crises everywhere, there are persistent conflicts, dangers of terrorist attacks, new Fukushima incidents, Ebola, security problems that can lead to major catastrophes such as climate change, and a new major conflict of big powers has begun to rise in the horizon. While company profitability is talked about in Davos, how the core components of international order can be protected in discussed in Munich; that's the only difference. The emergence of competition between Italy and France amid the race between the Republicans and Democrats to find the guilty party that has been causing the system to slip through their fingers for the past two years, and the fact that Russia is now neighboring Europe via Ukraine will be instrumental in the rewriting of geo-strategic economic doctrines.

Thomas Wright of the Brookings Institute had called the U.S.-EU tension back in 2018: "The moment the transatlantic masquerade is over." We also need to examine U.S. Vice President Mike Pence, who was one of the speakers at the Munich conference, under a separate heading. I do not think that bygone politicians like Mike Pence, who had to choose between performing religious ceremonies and making time for foreign policy, have the capacity to understand new economic changes. A state that only managed to get applause from the representatives of the Cayman and Virgin Islands with its speech, which consisted of repeating over and over again — nine times to be exact — that countries must stand with the U.S., and "God bless America and its allies," of course has no other choice than to be authoritarian. "German automotive products are a threat to the national security of the United States," — a statement we'd be chuckling while reading if there had been such a chapter titled the U.S. and its allies in Dante's Divine Comedy — was repeated again in Munich, by none other than the representatives of the world's most libertarian economy.

While the Washington administration was threatening those who support the Nord Stream 2 natural gas project with economic sanctions, Germany was in talks with Russian delegates to accelerate the process. Those making blatant threats to destroy the economy if Turkey buys S-400s from Russia, are still selling weapons to fuel internal conflicts in Africa. The new world order had never seemed so authoritarian and despotic. The fact that the number of seats occupied by liberal groups, who advocate for multilateral cooperation, and foreign policy prioritizing order and diplomacy, is decreasing day by day is the real sad part.

And as John Maynard Keynes said: "The fundamental problem of mankind is to bring together three variables: Economic efficiency, social justice and individual freedom."