The rise of anti-Muslim terrorism 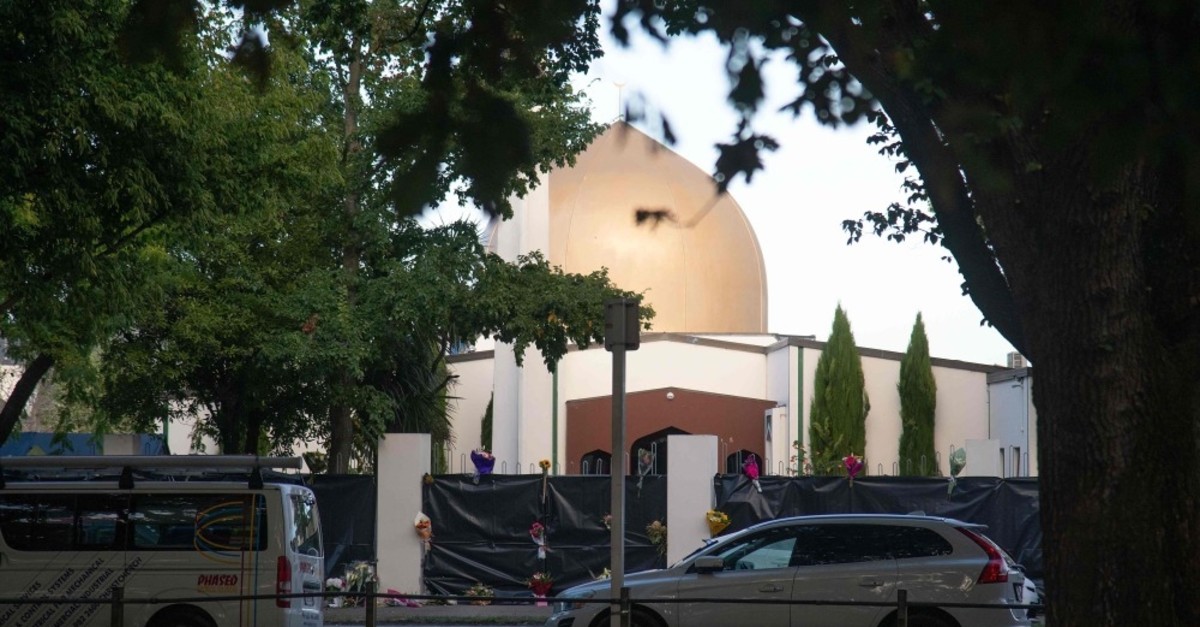 The Dean Avenue mosque, one of the two mosques in Christchurch, New Zealand that was attacked by the right-wing terrorist Brenton Tarrant, March 17, 2019.
by Reyhan Canavar
Mar 19, 2019 12:03 am

The West should acknowledge the fact that the rhetoric of terrorism has changed and that far-right terrorism poses a threat to not only Muslim minorities, but also for the national security of many Western countries

Last week, the world was deeply shocked by the twin mosque terror attacks in Christchurch, New Zealand, where 50 innocent Muslims were killed. First of all, I want to offer my sympathy and sincere condolences to the families of the victims. With tears in my eyes and a broken heart, I wonder how many innocent Muslims have to be murdered before measures are taken against anti-Muslim radicalism.

Obviously, anti-Muslim hatred exists and it is not a new thing, day in and day out it is getting worse. These days the term far-right terrorism driven by enmity toward Muslims have hit some headlines, but yet not enough to get the full attention from the international community, especially the West, which has always turned a blind eye to violence against Muslims and their murder.

But when it comes to other acts of violence carried out by someone with a Muslim identity, they have always acted promptly, proudly calling themselves the guardians of freedom and international human rights. Even more painful, after many examples of anti-Muslim hatred and hostility and violence against Muslim communities around the world the existence of enmity toward Muslims has not been internationally recognized. They get stuck in their own definitions of terrorism reduced to only Islam, while far-right terrorism is slowly coming in from the backdoor.

The latest example of this type of radicalization took place in New Zealand; carried out by Brenton Tarrant. The 28-year-old terrorist attacked Muslims in two separate mosques during Friday prayers, a holy day for all Muslims around the world.

According to the latest reports, 50 innocent Muslims were killed and 50 others badly injured. Shortly, it became clear that the attack had been planned for more than two years, as Tarrant shared a "manifesto" on social media that he dubbed "The Great Replacement," right before he had started shooting. The document consists of 73 pages and is full of anti-migration, anti-Muslim ideas in which Tarrant expresses his twisted beliefs that murder is justified by immigration and European birth rates. In a chapter titled as "Europe for Europeans" the manifesto advocates a deportation of immigrants, described as invaders, regardless of whether they are Roman, African, Turkish, Semitic or others.

Moreover, in another horrible message, Tarrant targets Turkey and says "we are coming for Constantinople and we will destroy every mosque and minaret in the city. The Hagia Sophia will be free of minarets and Constantinople, and will be rightfully Christian owned once more."

In regard to this, he made a scary, but a clear point that they are organized, and that they are in particular targeting Turkey and all of Islam as a religion. He claims that the terror attacks were carried out with the blessing of the Reborn Knights of Templar, which is a reference to the Crusades, in which people committed terrible deeds in the name of Christ, the same way Daesh does in the name of God. The Crusaders annexed the holy city of Jerusalem in the early 12th century. Back then, hundreds of thousands of people were slaughtered, including Muslims, Jews and Eastern Christians in order to make place for settlers arriving from Western Europe.

While making this comparison I got goosebumps, this is horrible, barbaric and inhumane. In my opinion, the Australian terrorist, influenced by the ideology of the Crusaders sent a message to Muslim communities worldwide, but has also warned any human being or government that supports migration policies.

It is extremely sad when we think about the fact that so far nothing has been done to combat anti-Muslim sentiment. How long do we have to wait? How many innocent Muslims need to be subject to barbaric attacks of far-right terrorism before the global threat of anti-Muslim hatred is taken seriously? It is time to respond collectively before it does more harm to innocent people. Therefore, far right terrorism fueled by anti-Muslim hatred must be combated with the same determination as any other form of war against terrorism.

However, for an effective response, we need to understand the driving force behind the phenomenon of anti-Muslim radicalization. After collecting many definitions, I can briefly say that it is a form of racism in which Muslims and Islam are irrationally hated, like anti-Semitism it is time for it to get its own definition. But what are the roots of anti-Islamism in the West?

Although, the enmity toward Muslims is not a new phenomenon, it became more intensified after 2001 when airplanes crashed into the twin towers in New York City. In the aftermath, Western countries came together and declared war on so-called Islamic terrorism. Since then, for almost two decades, Islam has been attributed with labels that have negative connotations, and portrayed as a religion of hate, violence, anti-West and women's oppression.

As time goes by, the public opinion about Islam has been shaped in a negative way. Together with other power circles such as media outlets, politicians and universities, the definition of terrorism has been reduced to religion in which an environment is created where terrorism is equated with Islam. This has paved the way for the emergence of populist parties, in which there is a clear space given to those who want to make hateful statements about Muslims under the guise of freedom of speech, democracy and liberty.

Besides, unfortunately, by trading off human rights, parties try to get popular support, while making Muslims' daily lives miserable. To illustrate this, Donald Trump in his election campaign made a promise to introduce a Muslim travel ban to America or Geert Wilders, the founder of the Dutch far-right political party which was established in 2006 to limit the growth of Muslim numbers in the Netherlands, also known as the Dutch Trump.

Moreover, anti-Muslim hatred does not only appear on European soil, as nowadays some traces of anti-Muslim radicalization have been visible in other parts of the world such as Egypt, Myanmar, China and even in Turkey. For example, the ethnic cleansing of Myanmar's Rohingya Muslims, China's government using torture methods and politically brainwashing Uyghur residents, execution of nine men with a Muslim identity by Egyptian officials and the most recently event on March 8 in Istanbul, Turkey where a large group organized in Taksim Square to whistle loudly during the adhan, the call for prayers.

It may be clear that we must broaden our vision when it comes to terrorism. Maybe it is a disappointment for many who don't want to recognize the global existence of anti-Muslim hatred, the twin mosque attacks in New Zealand have shown the world that terrorism is not only fed by Islam and that far-right terrorism together with anti-Muslim views are on the rise at a global level.

Therefore, terrorism can no longer be reduced to religion or equated with Islam. In particular the West should acknowledge the fact that the rhetoric of terrorism has changed and that far- right terrorism poses a threat to not only Muslim minorities, but also for the national security of many Western countries.

First of all, there needs to be a consensus about the existence of a global threat of far-right terrorism fueled by anti-Muslim sentiment. Secondly, lawmakers need to introduce a set of laws that prevent hostility and violent acts against Muslims, similar to anti-Semitism laws that protect Jewish communities. Besides, public places for Muslims such as mosques, schools or neighborhoods with dense Muslim populations need be better guarded. Finally, the Western mainstream media needs to do half of the work, by taking the responsibility to be more careful about anti-Islam speeches or content.

However, despite the seriousness of the threat, some world leaders are still negligent when it comes to anti-Muslim radicalization without considering that they are cultivating the threat of terrorism on their own lands which one day will hit back like a boomerang. It may be clear that terrorism has no religion, ethnicity, race or gender and if and if the west does not open itself to cooperation an international level, then I am afraid that we might have to name more black days in the future that might even surpass the worst events of European history.