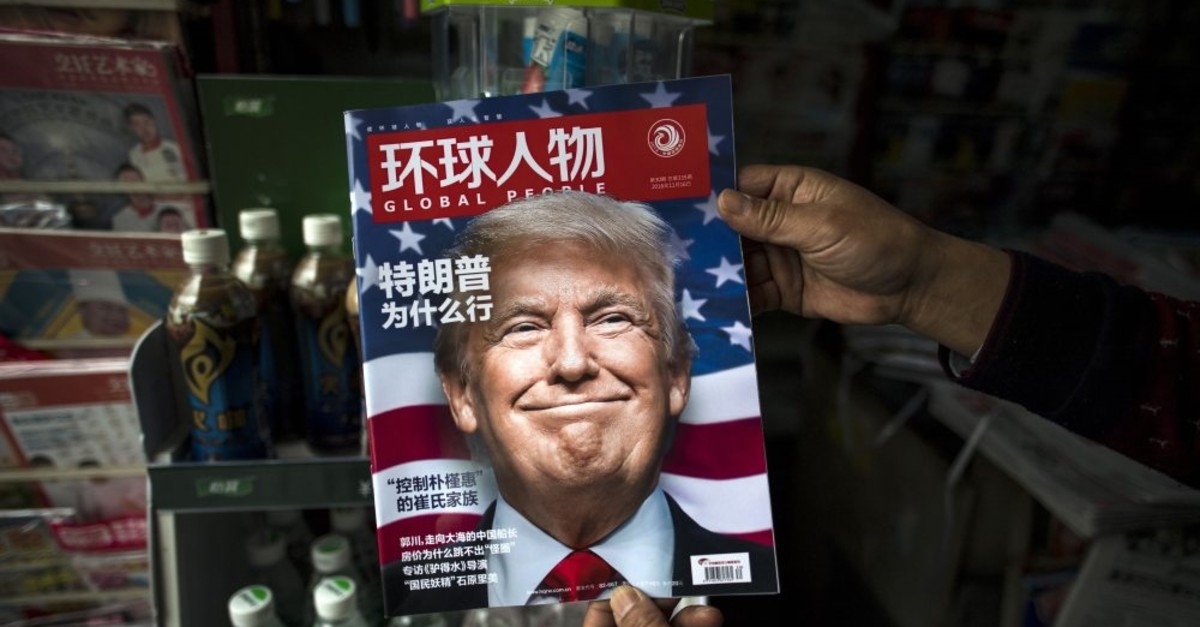 The trade war between the U.S. and China keeps affecting both parties' economies negatively as the uncertainty in their relations is gradually growing

It is not fair to ask any country, including China, to introduce radical reforms in a few months since there is a need for time and preparedness. The U.S., on the other hand, has already given enough time to China when it was integrated into the global economy upon joining the World Trade Organization (WTO). Since then, China has introduced some sweeping reforms. However, it is being pushed for even more reforms due to increasing complaints from the U.S. It should be noted that some of China's policies, such as forcing American and Western companies to transfer their technologies to Chinese partners, have played a vital role in the technological transformation of modern China. Through fast and efficient development through this technological transformation, China has become a rival to the U.S. in several fields such as artificial intelligence. Therefore, naturally, China may not be willing to further enact reforms on these policies while the U.S. demands fair access into the Chinese market for its own and the world's interest.

In 2018, a trade war erupted between the two economic superpowers, China and the U.S. The first move was made by U.S. President Donald Trump as he decided to impose tariffs between 10 and 25 percent on Chinese goods. In return, China canceled soybean imports from the U.S. The primary motivation for the U.S. tariffs was to decrease the trade imbalance with China.

In 2018, both sides met in Buenos Aires before the G20 summit. However, there was no official agreement between them as both sides were not willing to make concessions. This disagreement continued at the Asia Pacific Economic Cooperation (APEC) meeting in Papua New Guinea in 2018. U.S. Vice President Mike Pence said, "the U.S., though, will not change course until China changes its ways."

After a round of retaliatory tariffs and discourses towards each other, eventually, President Trump and Chinese President Xi Jinping agreed on a 90-day timeline for an agreement to solve the trade dispute between their two sides during a meeting on Dec. 1, 2018, in Buenos Aires. Therefore, President Trump delayed the activation of additional tariffs on $200 billion dollars worth of Chinese products.

Additionally, before the March 1 deadline for any possible agreement, the leading negotiator for the Trump administration, Robert Lighthizer, emphasized that the U.S. needs to keep the tariff threat on the table for years. This was suggested in order to hold China to account.

Since Trump took office in January 2017, there have been a couple of times that official complaints have been made in regards to trade issues between the U.S. and China.

The U.S. demands several reforms in regards to economic and trade policies. During his interview with Hong Kong's South China Morning Post (SCMP), China's Ambassador to the U.S., Cui Tiankai, explained that the reforms demanded by the Trump administration could take years to be realized due to the Chinese legislative process. In addition, he hoped that the U.S. would be respectful to China as to the need for time to plan a framework for extensive reforms.

The U.S. has accused China of stealing intellectual property and technology, a forced transfer of technology to Chinese partners in return for easy business in China, Chinese state-backed cyberattacks on American companies, and of artificially undervaluing the yuan. As a result, the U.S. increased pressure on China to enact economic and trade structural reforms that include government subsidies to companies, protection of intellectual property, and forced transfer of American technology to Chinese partners.

What do the numbers suggest?

The economic confrontation between the U.S. and China has already affected both sides. China's biggest concern is that this trade war with the U.S. may slow its economic growth in 2019 with growth predicted to be between 6.2 and 6.6 percent for 2019. In 2018, the growth rate was 6.6 percent – the weakest in 28 years according to Reuters. According to some circles, this trade war may affect even employment if no deal could be struck with the U.S.

On the other hand, the American economy has also started feeling the effect of the trade war with China as uncertainty continues. An example is an increase in stock prices due to there being no solution to the American-Chinese trade war.

Therefore, it was expected that China and the U.S. might come to a deal in Washington until March 1. However, there is still no confirmation from both sides. It means they extended the period for the ongoing talks. Additionally, it has been revealed that China's offer, on Jan. 7-9 in Beijing, included several areas such as agricultural goods and industrial commodities, in addition to eliminating the trade imbalance with the U.S. within a couple of years.

I am sure that the U.S., under the Trump administration, will not give up until an agreement can be made on issues such as the protection of intellectual property and the issue of technology transfer between American and Chinese companies.

The effects of further escalationThere is no doubt that this escalation between the two most powerful nations in the international system will have a negative impact on the world economy. According to Janus Henderson Investors, the worst-case scenario in this intensifying trade conflict is that it may cause a global recession.

International organizations such as the International Monetary Fund (IMF) and the World Bank have warned about the worsening global economic and trade conditions in the midst of the American-Chinese trade war. Lastly, the IMF predicted global growth for 2019 would be 3.5 percent; a downgrade to the initial prediction of 3.7 percent growth for 2019 in October 2018.

President Trump and the leader of North Korea, Kim Jong Un, met in Vietnam for a second round of talks over denuclearization. This was the second time since the Singapore summit that the two leaders have met. However, there was no satisfactory result for both sides. Due to there being no new agreements, some have deemed this meeting a failure.

However, Kim showed his willingness for future dialogue with the U.S. It seems that the unwillingness of Kim for full denuclearization without any gain such as the lifting of sanctions was a clear reason for no deal being made.

If it takes more than two meetings between the U.S. and North Korea over several issues, so it is not logical to expect something fast from the trade talks between the U.S. and China in Washington. This would be the second time the two nations are meeting under the Trump administration following the meeting in Beijing.

The Vietnam summit ended abruptly. President Trump left Hanoi earlier than scheduled, which is a clear sign that the U.S. wants a definite result in regards to its talks and can walk away at any time if there was no satisfactory deal.

Consequently, it seems the U.S. and China need more time to make a comprehensive deal on the disputed issues. Hence, the world can expect to see more meetings between the two most important components of the global economy.

The meetings in Washington may end up with Chinese promises to buy more from China and easier access to the Chinese market for American companies. However, the structural reforms requested by the U.S. may take more rounds of talk over several years.