Justice through science: A brief history of forensic 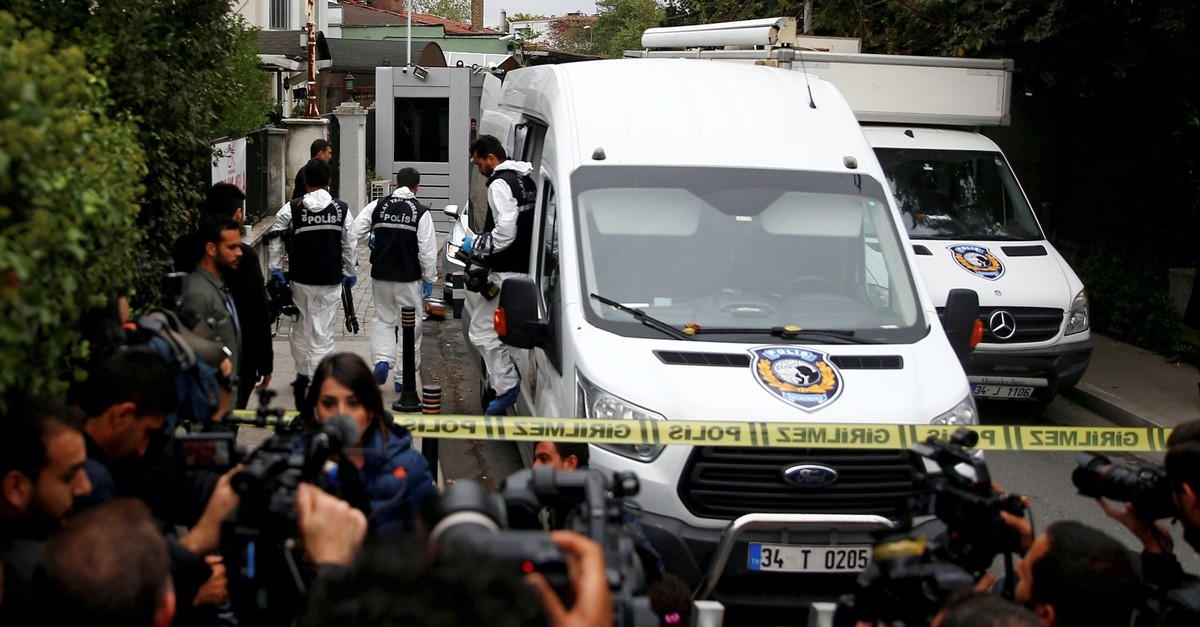 The most intriguing aspect of crime and criminals, and its power to fascinate, perhaps boils down to our need to understand the reasons behind why such crimes occur. Whether it's a news report or a popular crime show or even a Sherlock Holmes novel, the power of the media continues to feed the galvanized interest of the public in regards to issues of crimes and criminals. However, rather than a discussion of the power of the media on issues of crime, another recent academic discussion in the field of criminology has been taking place on the question of forensic science practices and their public interpretation within many criminal justice systems; in other words, the "CSI Effect." The argument that crime shows have affected the decision-making processes of jurors by cultivating unrealistic expectations for forensic science practices has become a new field of research in the field of criminology and criminal justice. Although current empirical research indicates that these effects tend to favor the prosecution's arguments, what is of greater interest around this argument is the public perception of forensic science practices and procedures.

What is forensic science in the real world?

Literally, forensic, or forensis in Latin, means "in an open court" or "in public." With its modern context, forensic applies to courts or the judicial system, and when combined with science, it means the application of scientific methods and processes in solving both civil and criminal investigations with evidence in a court of law.

Although the notion of justice is at the heart of criminal justice systems today, it is an unfortunate fact that justice was not always based on evidence in history. With the advancement of technology and development in scientific research and methods, our understanding of the importance of crime scenes and evidence has also been transformed, while ensuring that the guilty are convicted and the innocent freed from unfounded accusations based on scientific facts.

Scientific discoveries dating back to the ancient Greeks and Romans have had a tremendous impact on science, specifically forensic science. One of the first ever cases was in the year 275 B.C. when the King of Syracuse approached Archimedes to undertake some tests as he suspected that he was being cheated by a goldsmith who was ordered to make a golden crown for him. However, legal science was recorded in history when in the 700s the Chinese used fingerprints to establish the identities of documents and clay sculptures. Another critical step in this field was in 1248 when the Chinese published the book "Hsi Duan Yu" ("The Washing Away of Wrongs"), which describes the differences between cases of strangulation and drowning. This was to become the first-ever recorded application of medical knowledge to the solution of a crime. It was this book that also sparked more research in the field of forensic pathology and led to the first legally ordered autopsy to be held in Bologna in 1302 by Dr. Bartolomeo da Varignana. He was also influenced by the Chinese book and conducted various autopsies to determine the causes of death in suspicious cases.

Despite the fact that the invention of the microscope in 1590 unraveled various fields in science, initially scientists and doctors were only able to discover red blood cells and spermatozoa. In 1609, France paved the way on the first-ever systematic document examination treatise. Although various countries were slowly discovering new scientific inventions that could be used in solving crimes, it wasn't until the 18th century that these discoveries in the field of science became both popular and practical. It was during this time that the foundations of modern pathology were established, which was then followed with great interest by investigators to find proof for their theories in criminal investigations. However, the first case in which scientific methods were used to prove the guilt of a defendant took place in 1832 in England when chemist James Marsh was called in a murder trial to give evidence as a chemist. The defendant, John Bodle, was accused of murdering his grandfather with coffee that had arsenic in it. Marsh designed an arsenic test and used it to solve this murder case in which he sampled the lining of the victim's stomach to prove that he was indeed poisoned with arsenic.

Following the success of scientific research applied to a murder trial, efforts to solve crimes increased in the United Kingdom, especially when the widespread use of guns led to an increase in murder rates. In 1835, Scotland Yard was able to take the first steps in laying the foundations for bullet matching. With an influx of gun murders, the police were able to trace physical flaws in a bullet back to the mold and discover the individuals who had purchased them. In other words, the first formal ballistic practices were beginning to take shape.

Public interest in crimes first became widespread with the involvement of the media. Once the idea of mug shots and crime scene photography was slowly developing in 1888, public interest and involvement in assisting the authorities based on suspect photos was booming. For the purposes of advancing the use of photography with suspects, it was a French police clerk, Alphonse Bertillon, who pioneered the idea of scales, angles and standard lighting and laid the initial groundwork of forensic photography.

Although fingerprints have been a pivotal approach in the fighting against crime for the past 100 years, its first use goes back even further. In 1892, the world's first fingerprint database was established in Argentina following a murder case in which a bloody fingerprint led to the capture of the perpetrator. Soon afterward, the British started using fingerprinting in India to identify soldiers for the purposes of preventing their relatives from claiming pensions of deceased military personnel.

The unimaginable dream started with Sherlock

Despite the fact that Arthur Conan Doyle's Sherlock Holmes was able to solve crimes through blood analysis, it was only an unimaginable dream at the time of his writings. Discoveries made in the area of blood typing took place in 1900 and were used to determine whether blood found at crime scenes could be matched to the perpetrators and victims of crimes.

With science slowly seeping into the legal system in Britain, across the sea in France, another individual was also changing the face of criminal practices in the legal system. Edmond Locard, who was known as the Sherlock Holmes of France, became one of the pioneers of forensic science. In 1910, he established a crime laboratory in the attic of the police headquarters in Lyon for the purposes of analyzing evidence collected from crime scenes, leading to significant contributions to the field of forensic science. Apart from his works in fingerprinting, cause and location of death of soldiers and prisoners, he is renowned for the well-known theory called the Locard Exchange Theory, which is the basic principle of forensic science today. Locard had developed this theory while conducting research into particles of dust. This theory dictates that when two objects come into contact, each object will take something from the other or leave something behind.

Perhaps what could be stated to have revolutionized the field of forensic science came just as recently as 1984. The discovery of DNA analysis, which is used to identify an individual's unique biological code, changed the face of forensic science. This groundbreaking discovery was able to replace blood sampling as the main method of identification. Although in its initial days the testing took weeks to produce any form of result, today these tests can be achieved in a matter of days.

With time and the further development of technology, the field of forensic science also evolved and accelerated. These extraordinary innovations in the field of science also paved the way for various other disciplines while not only limiting its practices to the sciences such as chemistry, biology and physics. Today, the field of forensic science varies in everything from pathology to DNA, entomology, toxicology, digital forensics, ballistics, blood spatter analysis, tool marks, odontology, anthropology, botany, fingerprinting, photography, psychology to computer reconstructions and various other disciplines. With the application of science, courtrooms around the world are now able to help turn suspicion into certainty and assist in freeing the innocent and convicting the guilty while transforming legal systems into evidence-based justice systems.

Although most of the above-mentioned pioneers in the field of forensic science were self-taught, it wasn't until 1

902 in Europe that the first curriculum of forensic science was developed at the University of Lausanne in Switzerland. However, this field was established even earlier in Turkey. In 1839, Sultan Mahmud II established the first course of Forensic Medicine to be taught in Istanbul. This was followed by the forming of the Public Health and Medicine University in 1857 by his successor, Sultan Abdülmecid. This institute included an independent department titled the Commission of Forensic Medicine within its body and was later attached to the Ministry of Health in 1915 and then to the Ministry of Justice in 1917. Today, this institute is called the Council of Forensic Medicine and is the official government body in Turkey implementing its forensic expertise in all civil and criminal cases.

So how exactly are forensic science methods utilized to achieve justice in the courtroom? The primary focus of forensic science is the recognition, identification and evaluation of physical evidence found at a crime scene.

In other words, forensic science practices assist the justice system in proving the existence of a crime, the perpetrator of a crime or a connection to a crime through detailed analysis and examination of physical evidence. This is achieved by administering various tests and interpreting the outcome and submitting scientific facts to the judicial system by objective forensic experts. However, not all forensic scientists are individuals who collect and test evidence.

Depending on the country in question, generally, there are forensic pathologists, forensic scientists and associated scientists who are involved in these procedures. Forensic pathologists include medically trained doctors who conduct or oversee autopsies and clinical examinations and determine time and cause of death in suspicious cases that resulted in the death of an individual. On the other hand, forensic scientists are generally those individuals who collect evidence from a crime scene and conduct various tests on evidence. Sometimes, investigators or prosecutors may also consult associated scientists for specific knowledge like forensic anthropologists to determine further information on the remains of bones found at a site.

It seems that we have come a long way in the field of forensic science with all the various scientific breakthroughs and advancements. At each stage in history, scientific discoveries have piqued the interests of the public regarding the miracles in the field of forensic science and its stupefying capacity in catching and convicting criminals or proving the innocence of those wrongly incarcerated. Nevertheless, forensic science is still in its formative years. It is a necessity to ensure the continuing investment of significant resources in scientific research, while using these discoveries to strengthen our criminal justice systems for the purposes of ensuring justice for all.