The crisis of the European Union 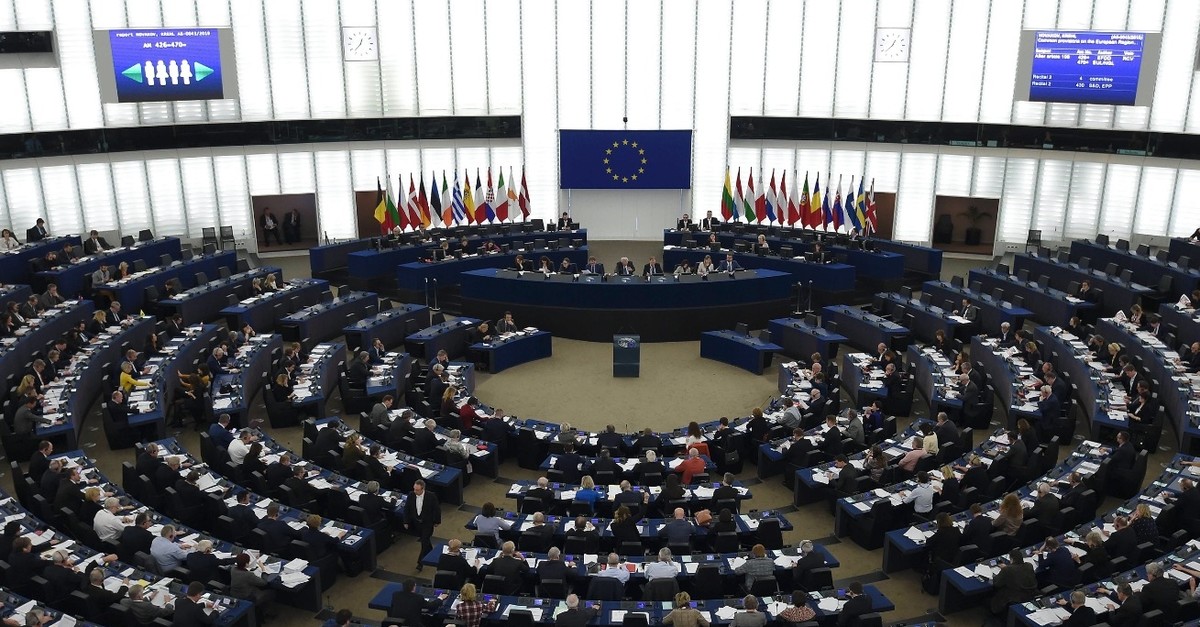 The European Union is by far the most successful example of international polities transcending traditional interstate relations by putting the formation of collective identities and supranational institutions at the center of its integration process. What seems to set the EU apart from other polities is that the postmodern logic underpinning its integration process has facilitated both the formation of a security community among its members and the prioritization of normative power instruments in its relations with external actors.

The hope of its founding fathers was that the EU's values of cosmopolitanism, multiculturalism, secular universalism, multiple interdependencies and soft power would gradually help weaken modern practices of the balance of power politics, realpolitik security strategies, self versus other distinctions and hard power instruments in interstate relations first inside the EU and then beyond its borders.

However, lately, the European Union has been facing various modern challenges concerning the postmodern logic of its integration process and international identity. Though it was brought into existence as a peace project in the immediate aftermath of World War II and has had many successes over decades, the EU of today is far from fulfilling the goals that its founders set decades ago. Despite its intention to help midwife a postmodern polity at home and become a role model for others abroad, the EU appears to have underestimated how influential a role traditional power politics would continue to play in Europe and abroad. At stake is the EU's ability to deal with emerging modern challenges while remaining true to its postmodern aspirations.

Challenges for the union

One could arguably refer to many recent examples substantiating such a dire conclusion. First, Russian actions in Europe's close peripheries confirm that geopolitical confrontations still haunt Europe. Russia's annexation of Crimea, the hybrid warfare tactics of the Russian military in eastern Ukraine, Russia's continuous meddling in European politics and Russian military involvement in the Syrian civil war suggest that the constitutive principles of the post-Cold War era security order in Europe are now at stake. All European attempts notwithstanding, Russia has not transformed into an international actor that would live in peace with the postmodern EU.

Second, the growing chaos and anarchy in the Middle East and North Africa (MENA) not only puts EU's relations with regional countries in jeopardy but also presents EU members with the problem of continuous migration. The EU's multicultural and cosmopolitan foundations have recently been put to the test by the incessant human exodus from the MENA region to Europe.

Third, recent years have increasingly witnessed the rise of anti-integrationist, anti-immigrant and anti-globalist populist parties across the European continent. The European Union now suffers from a legitimacy crisis in the eyes of its people. There is now a democracy deficit problem inside EU. Investing too much power in postmodern institutions based in Brussels appears to have caused a revolt on the part of ordinary Europeans against the bureaucratic and political elites in European capitals.

Fourth, the EU's postmodern security community identity has been irreversibly tarnished by the specter of British withdrawal from membership: Brexit. Despite the United Kingdom being given a new deadline, Oct. 31, to decide on its future relationship with the EU, the prospect of the U.K. leaving the EU has already leveled a fatal blow to the EU's international credibility. The EU's ability to develop credible security and defense capabilities as well as transforming into a pole in the emerging geopolitical rivalries will be quite low without its second-largest economy.

Fifth, the EU now suffers from a lack of leadership problem. It is still far from certain that Germany has accepted the challenge of providing leadership in the union. We also do not know whether France, one of the two engines of the integration process, and other members would acquiesce to any German leadership. From a principled point of view, it would be good for the EU to see Germany take on the mantle of leadership and help the Union find its way in the uncharted waters of growing challenges, for Germany seems to be the only power inside the club that has this potential. However, doubts on whether Germany might turn out to become the European behemoth in the absence of the United Kingdom still exist. The specter of Germany transforming into a normal foreign policy actor adopting a realpolitik worldview in dealing with emerging challenges at European and global levels still irks many member states. On the other hand, majorities in Germany are still lukewarm to the idea that Germany should prioritize a realpolitik international identity at the expense of its hard-won civilian and normative power identity.

Sixth, other global actors do not perceive the European Union as a credible single-voice actor. Recent years have undoubtedly demonstrated that the United States, Russia and China have never given up on the time-tested strategy of divide-and-rule in their approach toward the EU. All continue to see the EU as leverage in their relations with one another. Partnership with European countries inside NATO and the EU is a must for the U.S. to defeat the Russian challenge in Eastern Europe and contain the Chinese challenge in East Asia. Courting pro-Russian EU members and supporting pro-Russian social and political groups across the continent is, on the other hand, Putin's preferred strategy in helping create fissures inside the trans-Atlantic community. Last but not least, China is also courting friendly countries in the EU, the latest being Italy, in the hope that this would not only deprive the U.S. of strategic partners but also enable China to help materialize its "One Belt, One Road" project in the emerging connectivity wars.

The European Union is now on the verge of an existential crisis, the worst in its life span since its birth in the late 1950s. EU members do not now live in a postmodern heaven. The idea that the EU model represents the highest stage of human development and outside actors would gradually adopt this European mentality on their own no longer holds true. The self-fulfilling prophecy that the EU would be exempt from modern/traditional challenges and whose influence abroad would simplyemanate from soft/normative power has not borne fruit. The sooner the EU comes to grips with this reality, the better.

The European Union appears to have foundered on its attempts at constructing a healthy relationship with the Russian Federation over the last two decades. Adopting a victorious discourse following the dissolution of the Soviet Union, the European Union, along with the United States, wrongly assumed that the enlargements of the EU and NATO via the former communist counties of Central and Eastern Europe would culminate in the sought-after peace and stability across the continent. While NATO has been seen as the security leg of this Atlanticist peace project, the European Union has been accorded the role of helping materialize the economic and political dimensions of this project. It was relatively easy to propagate and set in motion this idea when Russia was relatively weak during the 1990s. However, when Russia recovered from its weaknesses under the rule of Putin, Moscow began to openly challenge the legitimacy of the Atlanticist peace project. Had the EU adopted and accorded Russia a more equal and legitimate status in the formation of the post-Cold War era European security order, the picture might have been different today. It will also be in the EU's interests to differentiate its policy toward Russia from that of the United States. With Trump at the helm in Washington, the EU had better devise its own approach toward Russia.

The EU's failure in dealing with various crises on its doorstep successfully has a lot to do with its overdependence on the United States in the realm of security. Despite the fact that strong American support to the European integration project has relieved EU members of the need to spend their scarce resources on security and defense, this has gradually caused complacency on their part. Too much dependence on American security commitment has not only militated against the EU's ability to forge a distinctive European approach to global security problems but also led EU members to underinvest in security. Despite all kinds of antipathy that Europeans show toward Trump's America, Trump's cowboy style diplomacy might indirectly help Europeans devise a common strategic approach toward emerging geopolitical challenges.

* Professor at the Department of Political Science and International Relations, Antalya Bilim University