Arab leaders have yet to learn their lesson 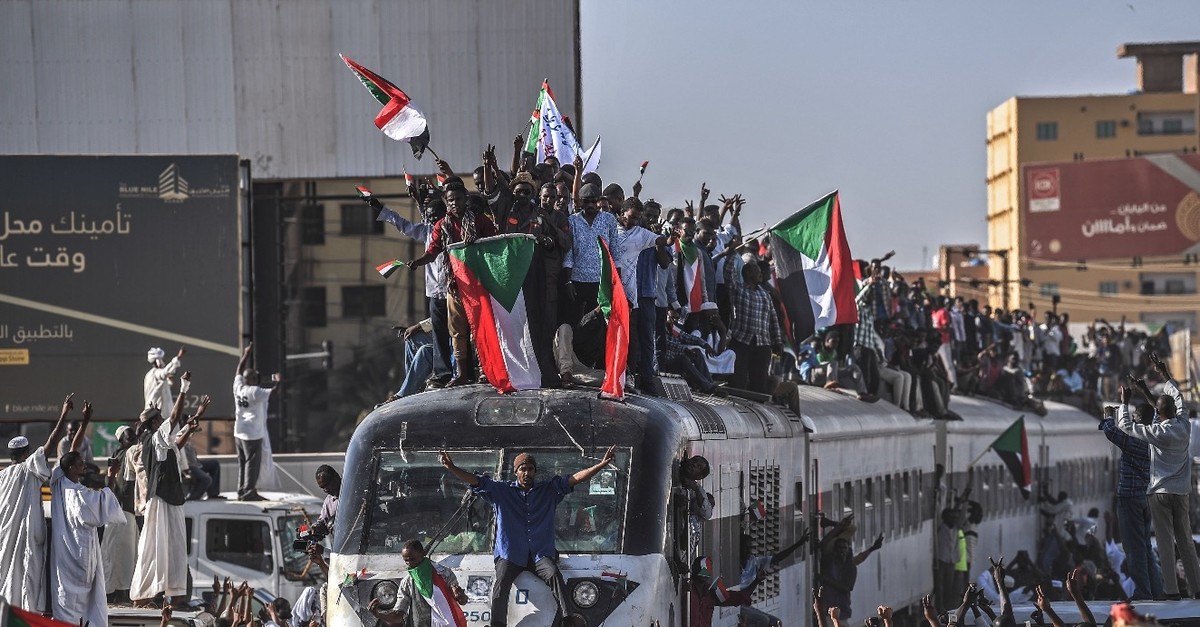 The Egyptian Parliament recently approved some constitutional amendments upon the request of President Abdel-Fattah el-Sissi. With the amendments, el-Sissi will likely stay in power until 2030 after prolonging his current term to six years instead of four and the amendments also give him the right to run for a third term.

Egypt's constitutional amendments have come to light amid ongoing protests hitting the neighboring countries of Algeria and Sudan. The protests erupted due to the leaders' wishes to run for new terms and bids to amend the constitution.

In Algeria, people took to the streets following President Abdelaziz Bouteflika's desire to run for a fifth term, although he has been unable to undertake responsibilities as president since a stroke in 2013. So, Bouteflika had to resign.

The outbreak of the Sudanese protests also had something to do with the former ruling party's intention to amend the constitution to enable President Omar al-Bashir to be a candidate in the presidential elections scheduled for 2020. Along with calls for economic reforms, the Sudanese people's major demand for al-Bashir was to not amend the constitution and leave his position in a democratic way after being in power for 30 years. Hence, Al-Bashir had to step down.

With his insistence on amending the constitution despite the chaos hitting his neighbors, el-Sissi has shown that he has yet to learn the lesson of the Arab Spring uprisings, which, so far, have led to the ouster of six leaders in several Arab countries.

Amending the constitution is not the only dynamic that threatens el-Sissi's throne. Egypt has been suffering recently due to a major collapse in politics, economics and human rights. All of which may eventually lead to Egyptians following in the footsteps of the Algerians and Sudanese.

Since the military coup he engineered against Mohammed Morsi, the first democratically elected president in Egyptian history, Egypt has gradually lost its political presence in the region in favor of the increasing influence for Saudi Arabia and the United Arab Emirates (UAE). Since the military junta was desperate for financial support at the time, Egypt adopted positions reflecting the views of these two countries at the expense of Egyptian national interests.

This was demonstrated in Cairo's decision to cede two of its strategic islands to Riyadh in 2016 and joining a UAE-backed coalition to support the putschist Gen. Khalifa Haftar in Libya. Cairo is also part of a Saudi-led bloc which has been imposing a blockade on Doha since 2017. It also hosts and backs the disreputable Palestinian leader Mohammed Dahlan, who was sacked from the Fatah movement on corruption charges.

On the economic side, official figures that were published are nothing but alarming. In the aftermath of the 2013 military coup, the inflation ratio has stood at 30 percent, while the Egyptian currency has lost more than 50 percent of its value. This has made people's purchasing power decrease by 50 percent. The figures also show that the poverty rate in the country hit 40 percent, which has taken Egypt to the fourth spot in the global misery index.

Regarding the country's collapse in its human rights record, Human Rights Watch (HRW) said in its 2018 annual report on Egypt that el-Sissi's government has continued its "zero-tolerance policy" toward opposition groups in the country. The zero-tolerance policies range from the Interior Ministry's termination of independent associations to jailing hundreds of opposition members in addition to arbitrarily detaining, disappearing and torturing people.

The HRW document also mentions "extrajudicial killings, including of previously detained persons in staged shoot-outs." The Egyptian authorities, according to the same source, had haphazardly put hundreds of people on terror lists before seizing their assets.

Several indicators confirm that the Arab dictators have yet to learn the lessons of the Arab Spring and they are still turning a blind eye to the dramatic changes the region has seen since 2011. This, unfortunately, not only weaken the states from the inside but may make the whole region an easy target for greedy superpowers. The Syrian case can be seen as a good example of that. Since Russia currently has the upper hand in drawing Syria's fate, the U.S. has recklessly signed a decree by which Syria's Golan Heights were granted to Israel.