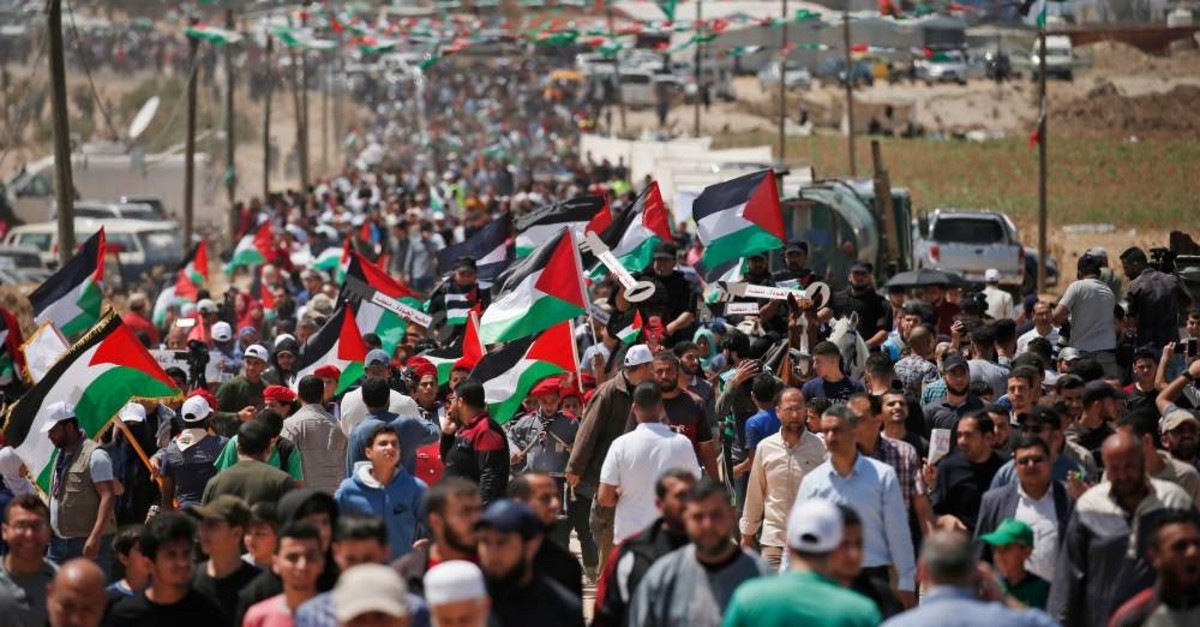 The Arab regimes fear the Palestinian resistance, as it may inspire their own people and eventually threaten their thrones

At least 27 Palestinians were killed and more than a hundred injured in the latest escalation the Israeli army carried out against the Gaza Strip. Additionally, dozens of homes were completely demolished while hundreds of others were subject to partial demolition. In the latest aggression, the Israeli army did not only target civilians but dared to attack media offices in the blockaded strip, most notably, the attack Israeli fighter jets carried out against Turkey's Anadolu Agency (AA). Despite raids launched from the air, sea and land, the Palestinians in the Gaza Strip have shown a high degree of steadfastness and determination. However, the Palestinian steadfastness and the heavy prices they have to pay have yet to be translated into political achievements. Since, for the 12th year in a row, more than 2 million Gazans are languishing in the world's biggest prison. People there are denied their basic rights, and most importantly, the right of movement. Here, it is fair to question why Palestinians in the Gaza Strip couldn't acquire a political achievement despite the huge sacrifices they have made.

Since 2008, the Gaza Strip saw three destructive wars that led to the killing of thousands of people and the destruction of large parts of the coastal enclave. Moreover, people there have been taking part in the weekly protests for more than 50 consecutive weeks where more than 250 Palestinians were killed and another thousand were injured.

Amid these huge sacrifices, who is to blame for the lack of political achievements Palestinians should have taken in return. Along with the Israeli stubbornness, I think this has something to do with the international powers and their rejection of the Gaza government of Hamas; failure among the Palestinian political leadership; and the Arab regimes' denial of any Hamas-led achievement.

Since its winning in the Palestinian parliamentary elections in 2006, Hamas was subject to an international boycott with a new international committee being formed to engineer that boycott, was known as the Quartet. The Quartet was made up of the U.S., the EU, Russia and the U.N. and its main demands for Hamas were to recognize Israel and denounce violence. These powers were keen to not allow Hamas, which has been controlling the Gaza Strip since 2007, to gain any political ground despite assuming power via democratic means. These powers, as well, were silent for more than a decade of the Israeli air, sea and land blockade being imposed on the Gaza Strip.

The second factor that makes any political achievement out of reach for Gazans is the Palestinians themselves. Since 2007, Palestinians have not stood united against the Israelis, giving Israel a pretext to shirk its responsibilities regarding Gaza. Israel was using this pretext while negotiating Fatah by saying that Fatah has no credibility anymore as it doesn't represent the entire Palestinian people; the same plea was used by Israel with Hamas. This calls the Palestinians everywhere to move and put an end to this ugly division.

Following the 2014 war, there were remarks by a member of the Palestinian negotiating team saying that Egyptians, that time, were siding with the Israelis and exerting pressure against the Palestinians to deprive them of gaining any political achievement.

The Arab regimes fear the Palestinian resistance, as it may inspire their own people and eventually threaten their thrones.