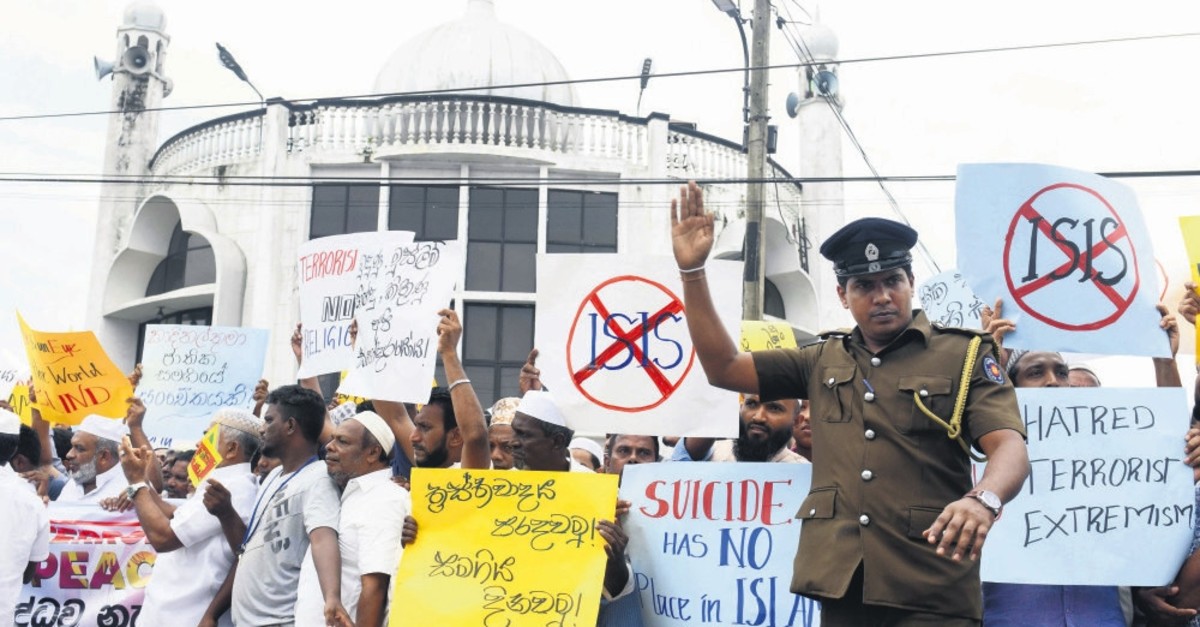 A more holistic approach to understanding the Sri Lanka terrorist attacks is essential before jumping on the anti-Muslim bandwagon, in order to find the real perpetrators and prevent such incidents from happening again

Easter Sunday was a grim reminder of the Liberation Tigers of Tamil Eelam (LTTE) inspired civil war on the island nation of Sri Lanka. More than 300 people were killed, including 38 foreigners, and 500 were left injured in one of the most horrendous suicide bombings in recent history. All this happened within a span of 20-odd minutes on the morning of April 21 in an act of large-scale, seemingly coordinated, carnage. Three churches in the capital city Colombo's suburbs and four big hotels in the center of the city were hit by suicide bombers, and two other bombs were detonated a few hours later while a bomb squad was trying to defuse them. Nine suicide bombers, including one woman, have been identified through the CCTV footage, and one of the bombers was reportedly educated in the U.K. They blew themselves up in three overcrowded churches and targeted hotels. In a nationwide hunt, explosive devices are still being uncovered and in the biggest haul 83 explosive devices were unearthed near a bus station in Colombo.

Some Indian intelligence reports suggest that the Indian high commission was also one of the targets and that there was a plan to strike Colombo International Airport, as well.

It is worth recalling here that Sri Lanka has a horrible history of suicide bombings and the LTTE is known to introduce the suicide bombing tactic to guerilla warfare. Throughout the three decades of civil war, this tactic was always carried out by ethnic Tamil groups, and Muslims were never reported to have been a part of it. Instead Muslims had always enjoyed a good relationship with the ruling governments, and many were forced to flee the LTTE-dominated zone of Jaffna fearing for their lives.

The scale and intensity of the act was earth shattering because even in the heyday of the civil war, this level of coordinated and simultaneous attacks at so many places was unprecedented. The government in Sri Lanka has declared a nationwide emergency and constituted a three-member committee to investigate the attack. Under a new emergency law, police and military forces have been given absolute power to interrogate and arrest any suspect without prior approval from the judiciary; 59 have been arrested so far, but their identities have been kept secret. Based on anonymous sources, many of those arrested are Muslim, and most of the attacks were carried out only by suicide bombers.

The government in Sri Lanka took ample time to identify the culprits and at last pinned the blame on a little-known local Islamist group, the National Tawheed Jamaat (NTJ). Government sources have not denied the possibility of the involvement of transnational terror groups and two days after the incident, Daesh claimed responsibility for the attacks, although the claim could also be false, as many of its previous statements relating to other similar events have been.

Now both the global and national media are laden with speculative reports and opinionated pieces about the perpetrators of the brutality. Immediately after the incident, Daesh was declared by these sources to be the sole factor behind the crime before state authorities could make statements. Some declared it to be a vendetta against the Christchurch mosques massacre, while others interpreted it as a sign of Daesh expansion toward South Asia.

The core question that remains unanswered is the motivation of the perpetrators. It is very difficult to say anything with precision because both Christians and Muslims are a small minority with around 7 percent each of the total 22 million Sri Lankans. There is no such history of acrimonious relations between the two minority communities, and they often join hands for common causes.

The Islamist group in Sri Lanka is the NTJ and in recent months, they may have developed a transnational ideological or technical association with a global entity like Daesh or al-Qaida. After end of the civil war, there have been sporadic incidents of attacks on the island against minority communities in general and Muslims in particular by the majority Sinhalese. The NTJ itself is a breakaway group of an older Muslim organization, the Tawheed Jamaat, whose general secretary Abdul Razik was once arrested in 2016 for instigating hatred against Buddhist monks.

The NTJ has occasionally amplified its religious stance against the cultural resurgence of the Sinhalese and their public displays of anger against the Muslims have become quite common in recent years. The rise of Sinhalese identity politics and the demonization of minority Muslims have led to the social alienation of Muslims in the public sphere and multiplied discriminatory acts against them. The last few years have witnessed communal tension between the two groups and in one such incident, members of the NTJ disfigured the sacred statue of Buddha last December.

The creation of the Bodu Bala Sena, or the Buddhist Power Force, in 2012 has created additional fractures between the majority Buddhist and minority Muslim populations. This Sinhalese puritanical religious group considers both Muslims and Christians as threats to their culture and identity. The members of the Buddhist Power Force very often engage in hate speech against Muslims and reportedly work in tandem with many radical Buddhist groups of Myanmar whose atrocities against Muslims are well-known. One cannot deny the fact that the growing vulnerability of Muslims in Sri Lanka and their exclusion by the majority of the community might provide an opportunity for these global actors to radicalize them and sway them toward their puritanical and radical ideology, as witnessed in other parts of the world. There are possibilities of a growing proximity between the global actors and local groups who might have some ideological and political convergence in their global outlook too.

The current offensive also needs to be seen against the backdrop of security lapses, which in itself is an outcome of ongoing discord between Prime Minister Ranil Wickremesinghe and President Maithripala Sirisena. It was not long ago when Sirisena tried to unseat Wickremesinghe and the latter was reinstated only after judicial intervention. There were already security alerts from many sources, and some sources had given the whole list of probable perpetrators; however, they were not taken seriously and reportedly these security briefings did not even reach Wickremesinghe and his Cabinet. The government itself has acknowledged these security lapses and has not repudiated receiving advance intelligence about the impending attacks.

To prevent a repeat of such horrendous crimes, Sri Lanka needs to adopt a holistic approach and not allow the puritanical religious and exclusive culturist bodies to dominate the political landscape and destroy the religious and social cohesion of society. Both the people and the government should learn lessons from what is happening in other parts of world not far from their territory. In the era of digital warfare, distance does not matter.