Saudi-China relations and beyond 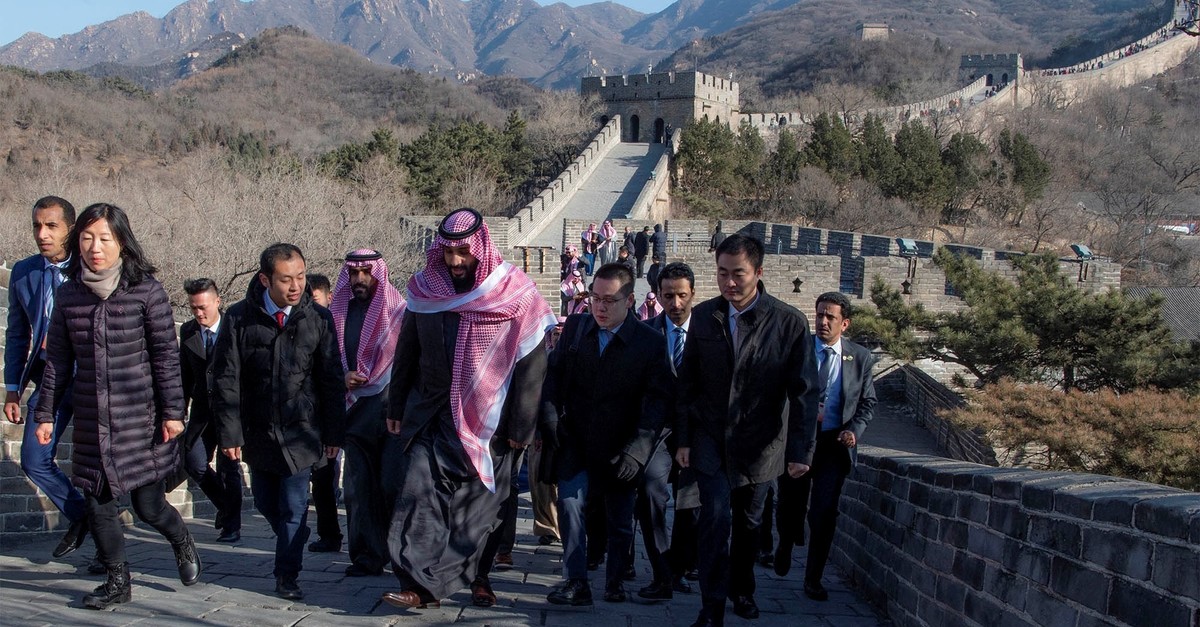 Saudi Crown Prince Mohammed bin Salman's recent trip to China has caused disappointment among Muslims due to the government's silence on the Chinese oppression of its Muslims. This was seen as Saudi leadership failing the ummah, regardless of race.

The world's leading Muslim countries, Turkey, Saudi Arabia, Pakistan, Iran, Malaysia, Indonesia, as well as a few others, should have a stronger say and more effective common voice on some specific issues, through the Organisation of Islamic Cooperation (OIC).

The world, at least the Muslim world, was expecting Mohammed bin Salman to discuss the issues of China's human rights violations of Muslims, particularly the Uighurs, Kazakhs and others.

However, the crown prince ignored Muslim voices when he met Chinese President Xi Jinping on Feb. 22, 2019.

Since Saudi Arabia is one of the significant poles for the Muslim world, we will see how Muslims around the globe react to Saudi Arabia's reluctance in demanding fundamental human rights in China.

I believe many people share my opinion in regard to Saudi Arabia's image among Muslims as the guardian of our holiest cities, but not of all Muslims. The Muslim world will remember Feb. 22, 2019, as Saudi Arabia's day of ignorance toward Muslim suffering in China. In addition, the rest of the world will continue seeing Saudi Arabia as one of the countries that limit and violates human rights toward its own people.

There are several claims that Saudi Arabia ignored certain Muslim nations looking for support because they are Turkic-Muslims. It was following Turkey's criticism of China's treatment toward the Turkic-Muslim Uighurs that Saudi prince's visit to China took place. It seems that Riyadh has made a sharp choice between taking on the leadership role of the ummah and a win-win policy for its own interest. While this is acceptable from an international relations perspective, the opposite is true when seen from the perspective of the ummah. At the very least, the Saudi crown prince should have raised questions about the conditions experienced by Muslim Uighurs. I was expecting Muhammed bin Salman to convey his inconvenience to China.

Who are the Uighurs?

The Uighurs make up one of the 56 ethnic components of the People's Republic of China. The Uighur autonomous region is home to over 10 million Uighurs. The majority of Uighurs believe in Islam, which constitutes a central role in their life and identity. Uighurs are ethnically, culturally and linguistically alike to the Turkic world, religiously connected with the Muslim world while humanly associated with all humankind.

The world is in shock about the millions of human beings put into Chinese camps in the 21st century. These camps, arbitrary detention, torture, and mistreatment of Uighurs have been revealed by various reports. Following international criticism, however, Beijing has insisted these camps are educational-vocational camps.

Many critics have regarded China's actions toward the Uighurs as forced assimilation and ethnic cleansing. One such critic, Frances Eve, a researcher at Chinese Human Rights Defenders, explains China's cleansing process as "through mass internment camps and militarized surveillance." Eve's article in the Guardian urges the world to loudly and clearly condemn China's actions against Uighurs.

According to international media outlets like The Washington Post, the Guardian, the BBC, the Independent and TRT World, there are millions of minorities such as Uighurs and Kazaks in so-called "educational, vocational, internment camps." This figure, according to human rights groups, is 1 million while Uighur activists' number the detainees at 3 million. However, the exact number is unknown.

Unfortunately, there have been serious claims that China has been systematically repressing and assimilating Muslim minorities, including the Uighur, Kazakhs, Kyrgyz and Uzbeks living in the Uighur autonomous region since it was annexed by the People's Republic of China in 1949.

The "#metooUyghur" campaign has been calling on China to show to their family members the proofs regarding Uighur detainees' wellbeing. Some high-profile Uighurs who have been detained and charged include academic Ilham Tohti and musician Abdurrehim Heyit.

Many countries such as the U.S., Canada, Britain, France, Germany and Turkey have criticized the Chinese government over the harsh policies against the Uighur and other minorities. They have urged China to close these camps and to respect fundamental human rights.

Just as any other sovereign country, Saudi Arabia has the right to seek her own interests in the international arena without justification or explanation to any global organization. Hence, due to potential benefits that affect both sides, Riyadh does not want the Uighur issue to mess up relations with China.

However, it is obvious that the brutal assassination of the journalist Jamal Khashoggi in the Saudi Consulate in Istanbul, Turkey destroyed Saudi Arabia's international reputation. This incident has resulted in unbelievable global criticism and condemnation of Saudi Arabia and the crown prince. In addition, the U.S. imposed sanctions on around 20 Saudi nationals in regard to the murder of Jamal Khashoggi.

Therefore, Saudi Arabia is doing everything it can to regain its decreasing reputation by strengthening its relations with China as leverage against the U.S. and the West. In this respect, China has a distinct posture than that of the West in regard to interfering in the internal affairs of other countries under the name of human rights, democracy, freedom and so on.

Saudi Arabia's export of petroleum, oil, and gas are among the main components of its income. Economic and trade relations have increased between the two countries through Saudi Arabia's abundant petrol-rich lands. China happens to be the first country to import and export with Saudi Arabia in 2017. Hence, China is a valuable customer for Saudi's petroleum products while Saudi Arabia becomes the largest supplier of crude oil for China.

During the last visit of the crown prince, there have been a number of agreements signed between China and Saudi Arabia. This includes agreements worth around $30 billion in the economic field. In addition, the crown prince and Jinping made moves on extending relations in other fields such as energy, to investment and to cooperation on terrorism and extremism. According to the official state-run press agency, Xinhua, Salman said, "We respect and support China's rights to take counterterrorism and de-extremism measures to safeguard national security. We stand ready to strengthen cooperation with China."

China's conception of win-win has captivated dozens of countries around the world. It is not a big surprise that the Kingdom of Saudi Arabia is among them.

Consequently, Saudi Arabia does not have any issue with China economically, culturally, politically, religiously or socially. According to Chinese state television CCTV, Crown Prince Mohammed bin Salman said, "Saudi Arabia has no conflict with China."