What Algeria witnessed in street riots 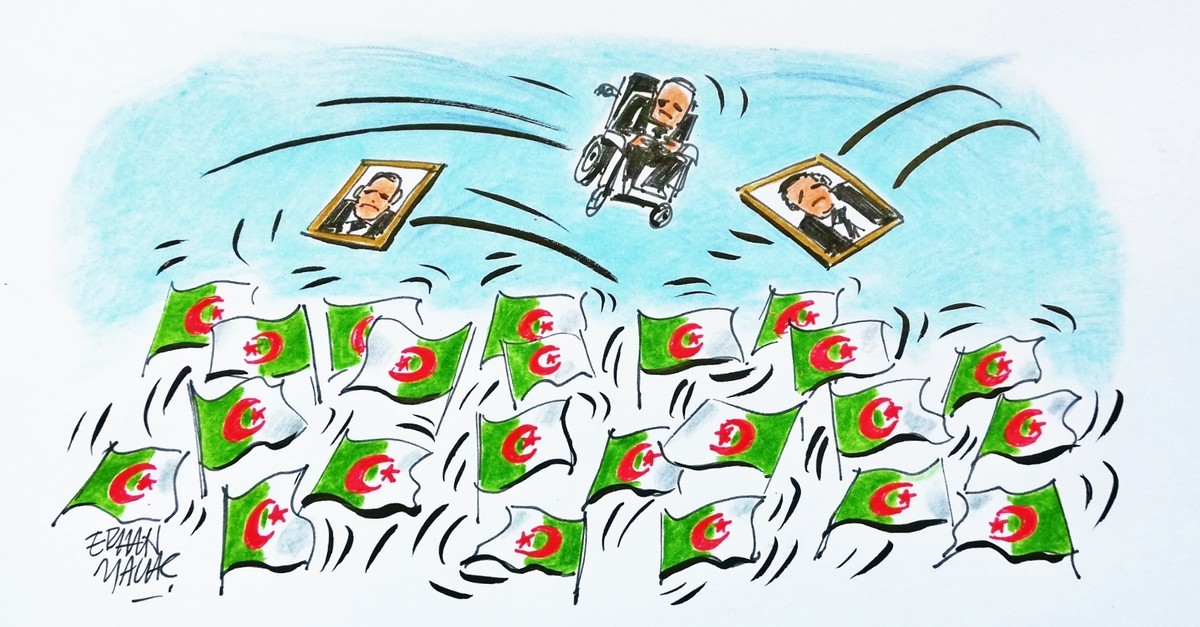 In the manner of a belated Arab Spring, Algerians took to the streets to change the system they think is unjust, corrupt and betraying the future of their country

Algeria had always been a prominent region in Turkish history in many aspects. The geopolitical position of the country is critical as one of the most significant gateways to Africa. It entered the Ottoman agenda when the region became the target of both Spain who initiated the Reconquista for regaining the Muslim Andalusia and Portugal who possessed a large naval force for colonization. Renowned Turkish privateers in the Mediterranean; Oruç and Hızır Reis, leading Ottoman naval chiefs, annexed the capital city of Algeria and made the region an autonomous Ottoman territory in 1516. The Turkish presence in the region curbed the Christian expansion and Muslims in Africa found a strong protector. The Ottomans became an obstacle for European Crusades targeting Northern Africa for centuries.

Gradual settlement of the Ottoman Turks and repopulation of the Andalusian Muslims (Moriscoes) within the region made Algeria a significant Ottoman province. Being the westernmost territory of the Ottomans and one of the first line defense against European aggression, Algeria served as a safe haven for Muslims, the traditional ruling system was permanently changed and the current borders are defined back in the day. During this period, Spain and Portugal were repelled by the Moroccan Sadi dynasty, which enabled Algeria to enjoy further welfare and stability.

The region faced a new challenge in 19th century as the Concert of Europe created in the Vienna Congress of 1815 and the consequent European state system enabled a new invasion attempt for Algeria using the pretext of piracy in the Mediterranean. The negative developments such as the burning of the Ottoman fleet in Navarin, uprising of the Greek minority in the Morea, and insubordinate Mehmet Ali Pasha in Egypt impeded the Ottoman intervention against the increasing French interest against Algeria. France used a small incident which they deemed as an insult to French consul in Algeria by the last Ottoman Dayı (regional governor) as "casus belli" in 1827. Following a blockade for 3 years, France began the invasion of Algeria in 1830, also as a way to divert the French public opinion from political and economic crises at home to international issues. The first thing the French did in Algeria was to expel Turkish people from the region to prevent a possible resistance and later carried out sporadic massacres.

National Liberation Front of Algeria (NLF) initiated the independence movement on October 1954 by taking arms against the French rule and united Algerian people against the French tyranny. After major demonstrations in Algeria against the French colonizers and a United Nations Resolution recognizing the right to independence, the newly elected De Gaulle was forced to start peace negotiations with NLF in 1958. The independence referendum conducted on July 1962 expressed the strong will of Algerians towards independence, with 99,7 percent of the votes in favor. Nevertheless, the violent French suppression that postponed independence for eight years claimed the lives of more than 1,5 million Algerian. France still avoids facing the full responsibility of their actions.

A brief analysis of Algerian political landscape displays the role of army and intelligence as the leading figures in policymaking and the bureaucratic elite serving as a subsidiary element for the coalition. This anti-democratic and stationary structure gained its legitimacy from its role in the Algerian War of Independence between 1954 and 1962. The growing income gap and incompetent management of the natural resources of Algeria which makes up to 90 percent of state revenues by the ruling elite has aggravated the Algerian people. The final straw was the announcement of incumbent President Bouteflika's fifth presidential candidacy, who is 82 years old and paralyzed. The people believe that although Bouteflika managed to establish a delicate balance between the army and intelligence agency amidst the political turmoil in 1990s, he is currently incapable of ruling and became the public image of a dangerous and corrupt political gang.

Algeria is one of the countries remained stable during the Arab Spring in 2010s, despite the country was undergoing recession and severe economic crises, suffering from high unemployment and mismanagement of liberators (the political elite) aggravating all these problems. As a matter of fact, people are persuaded that these liberators and the establishment have conspired with the French colonialists in 1962. The main supporting evidence for their claim is the question of how the vast energy resources of Algeria are not benefiting the people at all.

Under these circumstances, the common people look through the 130 years long French imperialism and consider the existing establishment as an extension of this imperialist mentality. Falling oil prices, high unemployment, democratic deficits, bureaucratic oligarchy and military tutelage, inexistence of upward social mobility all add to despair and tragedy of the people. The different segments of the Algerian society that took to the streets demand a radical structural and institutional transformation focusing on amending the constitution in accordance with universal norms, promoting and safeguarding democratic elections and permanently upholding human rights and values in Algeria.

* Dean of Faculty of Economics and Administrative Sciences, head of Political Science and International Relations at Dumlupinar University