Turkish economy to surpass Japan, Germany in a decade 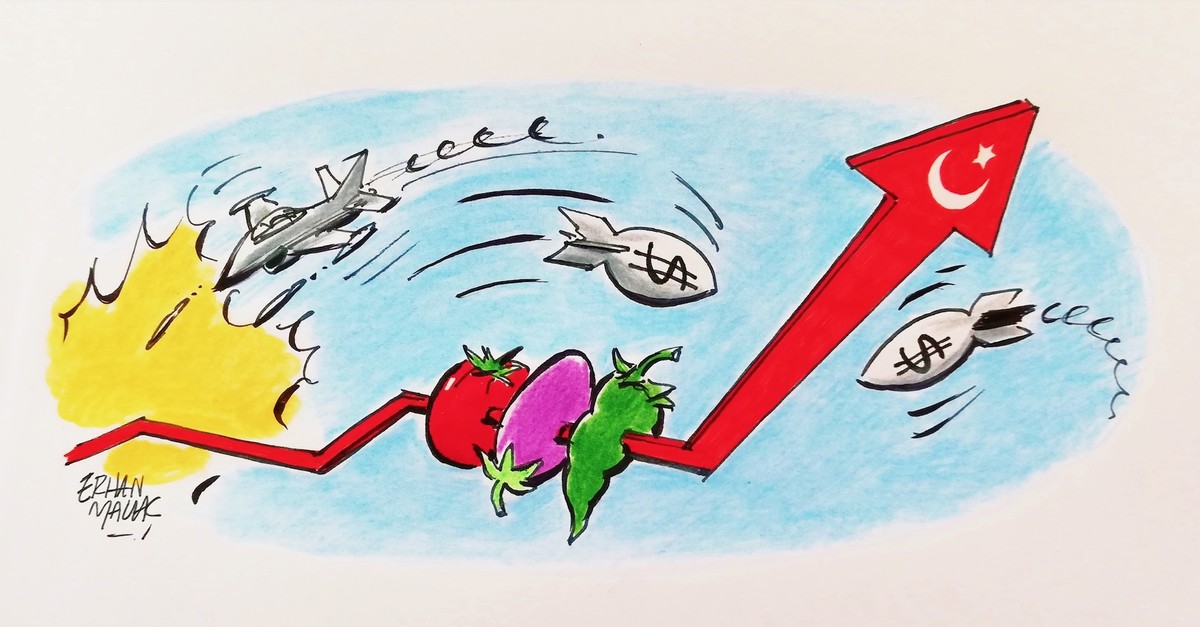 One of the first news pieces of 2019, making headlines in all four corners of the globe, was the publication of a remarkable work of financial research. Out of the world's top 10 economies and by the year 2030 seven could be formerly emerging markets and Turkey would sit in a well-deserved fifth position!

Five months after its presentation to an initially somewhat skeptical public, it has lost none of its relevance; to the contrary, some days ago it made breaking news once again. It seems that before automatically agreeing with its contents and related positive outlook fellow analysts and commentators in particular in those seven countries concerned had spent their desk top time to carefully scrutinize the findings compiled and edited by an expert team under Standard Chartered Bank's Chief Economist David Mann. Today's verdict: A highly likely scenario after all.

This short summary gives due credit to Bloomberg's report about the issue from Jan. 8 this year, titled "These could be the world's biggest economies by 2030." Invest in Turkey's office for the DACH region's (Germany, Austria and Switzerland) announcement from May of this year and commentary in NEX24 from the same month.

We probably wonder how such a frank statement could be backed up by hard facts. Yet as a good economist will be trained in economic forecasting models it may not come as a surprise that Mann's team used purchasing power parity (PPP) as a basis from which to depart. PPP takes a number of items an average citizen would need to buy in order to sustain their family. There are various options to fill such a basket of goods – we may limit ourselves to the bare essentials, or we may add certain more expensive items such as white goods and cars, too.

The contents of this basket of goods are then listed according to their actual price tags and our basket will have a sum total.

Now we need to predict upcoming levels of currency fluctuations and how a particular currency will develop in the future. In a third step, we would then compare this sum total with other nation's economies and their basket of goods – sum totals.

All of this had been done before and hence it appears totally understandable that other economists and decision makers waited for some months and studied Mann's concept before endorsing or shelving Standard Chartered bank's analysis. The good news is that in his next step, Mann employed a totally new way of forecasting, adding a completely new dimension.

According to the report China tops the list of global economies by 2030 with a nominal Gross Domestic Product (GDP) of $64.2 trillion, followed by India with $46.3 trillion. Turkey comes in as number five with $9.1 trillion whilst Japan sits at $7.2 and Germany at $6.9 trillion, respectively.

Now we understand that the overarching assumption of this study is that "our long-term growth forecasts are underpinned by one key principle: countries" share of world GDP should eventually converge with their share of the world's population, driven by the convergence of per-capita GDP between advanced and emerging economies.

In other words, countries with a large population that is expected to increase and not decrease will over time achieve a higher GDP. What's more, when compared with other markets those nations will achieve better individual citizen's purchasing power parity – figures, too. Hence, could we say that the more populous a particular country will be, the better its economic outlook and performance as if by default? Would thus say all those new citizens be automatically economically well-off? Or is this not somewhat risqué?

Exactly this hesitation from the side of many commentators in all likelihood led to the time gap in-between the report's first publication and this month's renewed interest. Can those data and assumptions ever hold forth?

Further down the chapters and well beyond the number crunching the analysis comes to the following fascinating conclusion – by 2020 a majority of the world's population will belong to the middle class. Middle classes are characterized as those individuals who are placed between the working and upper class. It is assumed that members of the middle class are well-off enough to easily sustain a family, have an annual holiday and are able to afford a car should they so desire. In many countries, it is currently the backbone of society and a guarantor for political stability. If we now add the family business on the one hand, and small and medium-sized enterprises (SMEs) of up to 250 employees, on the other hand, we often find that those three groups account for the vast majority of economic activities in any given developed country.

With a view to Turkey, we can now better understand whether Standard Chartered makes good forecasting sense. In a nation where SMEs account for almost 99% of all types of company and where the middle classes have indeed emerged and step by step taken center stage, it would not surprise when purchasing power increases steadily as well. Actually, it has already!

Population growth paired with more spending money, above all else a young population with highly skilled workers and managers, a country on route to transforming herself into a knowledge-based economy (KBE), an ever stronger and influential middle class, a sound economic policy mix which so far has weathered most global financial turmoil very well – if the situation on the ground in today's Turkey is taken as indicator for this country's economic outlook and if we now add Mann's findings and predictions into the mix it all gets so much clearer, more easy to digest.

But one word of caution: Simply the fact that other nations will have more purchasing power parity does not suggest that "richer" countries if seen from today are less rich tomorrow. Their families will still be able to buy exactly the same items out of the basket of goods introduced above in this article as before.

What will have changed however and if Mann's study is correct is that other countries' citizens will enjoy the same advantages. The world will be more balanced from an economic and financial perspective.

Turkey in the global GDP top 5 in a decade – once achieved a very welcome scenario indeed!