Theresa May has fallen through thin ice 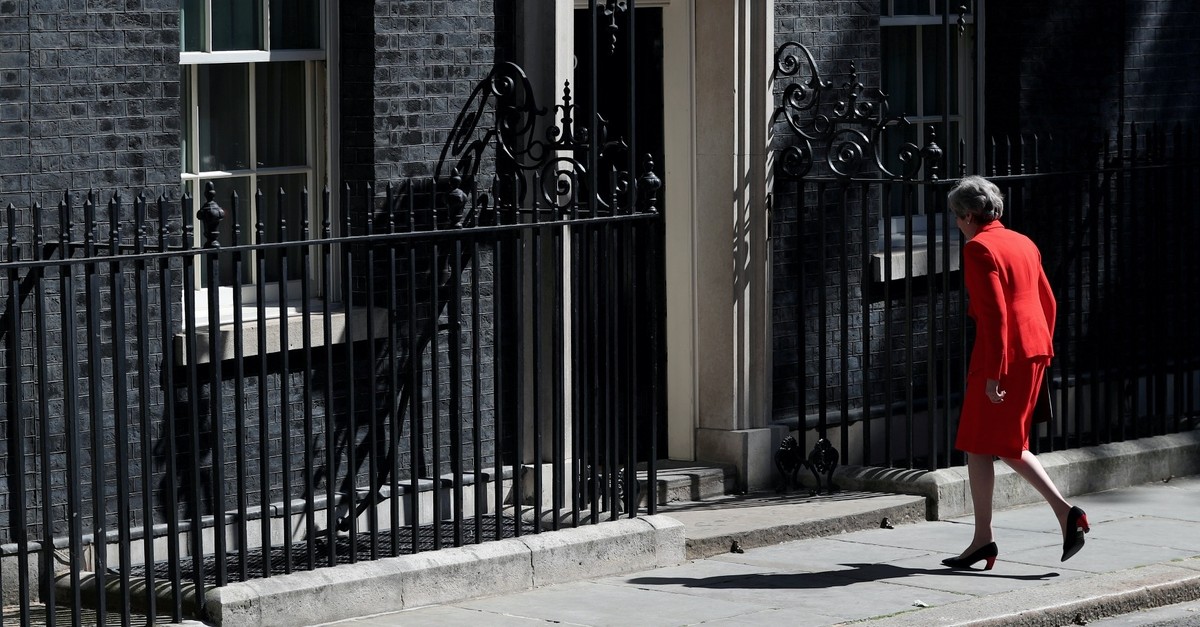 Unable to unite and lead her own fragmented party, Theresa May announced her resignation after failing to deliver a Brexit plan

In Theresa May's three-year tenure, she failed to deliver Brexit. Her performance: Steps taken that soon turned out to be missteps, self-inflated statements but no decisive leadership, total intransigence that was the opposite of her quote of Nicholas Winton: "life depends on compromise." Nevertheless, May's departure will not end the Brexit crisis or break the political stalemate in the country. May's era is part of a vicious circle that her party set in motion, and nothing indicates that the Conservatives have a strategy to break it. In the European Parliament elections Conservatives came in fifth place, winning just four seats, while the Brexit Party, recently created by former U.K. Independence Party (UKIP) leader Nigel Farage, won 29 seats. It shows, as well, how badly May's performance, not least with regard to the Brexit portfolio, has been. And how dangerous and lost the game was when former Prime Minister David Cameron kicked it off for pure partisan interests.

Back to the 2014 European elections, UKIP, an EU-skeptic party led back then by Nigel Farage, won 24 seats where the two main parties Labour and the Conservatives secured 20 and 19 seats, respectively. Cameron coveted UKIP's right-leaning electorate and couldn't found a better way than adopting the glamorous motto they believed: a referendum over the U.K.'s membership in the EU. It's all about electoral accounts. Cameron is a "Remainer" who holds the stick from the middle, brandishing the referendum card at the EU to grab concessions that give the U.K. preferential status, and flagging it to the right-leaning electorate for their votes. The plan worked well for a short time but not further than the 2015 general election that came with the Conservatives again but with an unwanted task: Brexit. Afterwards, the Conservatives' line is in regression.

While Cameron chose to resign, as he didn't have a strategy for Brexit, Theresa May, a "Remainer" herself, stepped in to assume the premiership. Being the second female prime minister in U.K. history after the strong iron lady haunted May who has been dealing with misplaced sureness. She has never taken the restive reality's readings into consideration. She underestimated the steadily rise of the hard Brexiteers, harboring extreme views for leaving the EU, inside her party, disconnecting necessary cross-party dialogue for a safe Brexit and couldn't alleviate the communal polarization over Brexit.

To enhance her position and reputation as a character full of confidence and a leader people can trust, May sought popular legitimacy by calling for a snap election in June 2017. Things did not go her way at all. The Conservatives lost the majority, which led to a hung Parliament, pushing May to build an alliance with the Democratic Unionist Party (DUP) of Northern Ireland. But the profound outcome of the election created new political blocks that May had to appease. First, the hard Brexiteers in her party became stronger as the lack of confidence in the prime minister grew after the election loss. Second, the DUP – a 10-seat minority – would later veto May's Brexit deal in opposition to the Irish border backstop.

The policy of appeasement led to an incongruous government of hard Brexiteers such as Boris Johnson, Michael Gove and David Davis and soft Brexiteers like May herself and Amber Rudd who believe an unwise Brexit inflicts the country. The appeasement policy was obvious in May's statements in tune with the hard Brexiteers: "Brexit means Brexit," and "No deal is better than a bad deal."

But May's attempts to sustain the unity of her party fell apart. Consecutive resignations in her government shook the travesty of the party's unity and her competence to lead the party and deliver Brexit. The harshest knocks of resignations May received were not her archrival, Foreign Minister Boris Johnson, but were Brexit secretaries' such as David Davis in July 2018 opposing the Chequers plan, the U.K. government's first proposal concerning Brexit, and Dominic Raab in November 2018 opposing the draft withdrawal agreement, the second proposal to deliver Brexit. Such resignations threw doubts over the aptness of May's approach.

May's governments experienced the highest number of resignations in the U.K. history, while May experienced historic defeats in Parliament votes on her Brexit deals, which were refused three times with a loss by 220 votes in January, 149 on March 12 and 58 on March 29 – the day the U.K. was supposed to leave the EU. During the last months of her tenure, voices demanding her resignation have been getting louder. She had narrowly survived a no-confidence vote in Parliament as Jeremy Corbyn, the Labour leader, called for in an attempt to impose a general election and also survived a similar bid inside Conservatives.

The political scene reached immovable points: a prime minister defeated three times who was suppose to bring her deal back to Parliament for the fourth time in June, threatening "this deal or no deal." Her disgruntled colleagues want to kick her out, and the opposition parties want a general election. It was the Conservatives' 1922 committee, backbencher deputies having the authority to run a vote of no confidence in the party leader, which put May at the end of her tether and pushed her to resign allowing a new leadership challenge.

It is right that May's performance muddied the waters, but her resignation per se will definitely not terminate the Brexit impasse. The point is that Conservatives today are unprecedentedly divided. Neither hard Brexiteers nor soft Brexiteers can secure enough support in parliament to pass a deal. So, it is not odd that around a dozen candidates vying for the lead role have one statement, "No deal is better than No Brexit," and relentlessly confirming pans to leave the EU on Oct. 31 without a deal.

No doubt the only way to get out of this dilemma is a general election in which all competing parties present manifestos containing their approach to Brexit. Here comes the result of the recent European Parliament elections in which the Conservatives gained just four seats compared to 19 in 2014's race to confirm that a change in people minds concerning their trust in Conservatives, Brexit and political parties as whole.

Jeremy Corbyn grasped the message of the European election when Labour votes went to the Lib Dems, a pro-EU party, and he now backs a second referendum with talks still ongoing in Labour to have a terminal stance.