Asia is the new Middle East 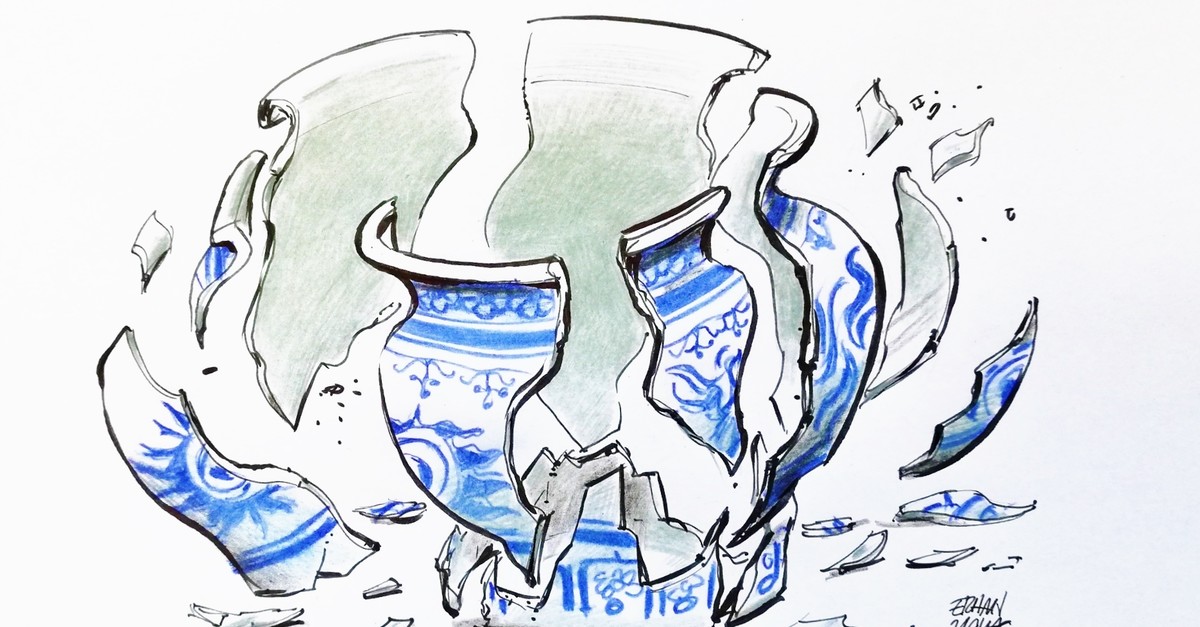 The unresolved disputes of Asia bear the risk of escalating into a full-scale conflict, which could far exceed the calamities of the decades-long turmoil in the Middle East

Throughout the 2000s, a lot of attention was directed at various wars, civil wars, conflicts and friction in the Middle East. Some circles believe these ominous events in the Middle East are due to the existence of large oil reserves in the region, mainly in Arab countries. There are those who believe that certain parties, comprised of both insiders and outsiders, will not let Middle Eastern nations be fully independent and sovereign.

In 2003, Saddam Hussein's regime in Iraq was toppled by the U.S. with the main allegation against him being that Iraq was developing weapons of mass destruction. After the collapse of the Saddam regime, however, it was discovered his regime did not possess any of these weapons. Instead, what was left behind after Saddam's fall was chaos, clashes, corpses and other such destruction in Iraq.

Since 2011, people around the world watched as civil war erupted in Syria against the Bashar Assad regime. However, Assad could be considered luckier than Saddam since he has been supported by Russia and Iran. Despite Assad clawing his way to power, millions of lives have been lost, displaced and thrown into turmoil. In addition, new terrorist groups formed from the conflict in Syria threaten the world.

In recent years, there has been tension between Qatar and other Arab countries, such as Saudi Arabia and the United Arab Emirates. Luckily, Qatar has been backed by Turkey against the Saudi-led bloc. If it had lacked support from Ankara, Qatar might have paid a heavy price since there were assertions that the Saudi-led bloc would implemented military action. With Turkey supporting Qatar, a military response was prevented. Therefore, there was no igniting incident to draw the Middle East into war.

The rivalry between Saudi Arabia and Iran is another barycenter in the Middle East. This rivalry moves beyond the region, affecting several nations around the world. Sometimes, this conflict manifests as mutual accusations or proxy wars, such as in Syria and Yemen.

Could war or conflict in Asia eradicate humanity?

It should be noted that other parts of the world have been experience similar tension. Some examples can be found in Asia.

One of the most heartbreaking genocides in the late 2000s occurred against the Rohingya Muslims in Myanmar by their own country's military. These Muslims live in Myanmar's Rakhine State, of which the majority of people are Buddhist. Atrocities against this Muslim community in Myanmar include rape, murder, torture and arson. As a result, an estimated 700,000 Rohingya Muslims tried to escape the carnage to other countries, particularly Bangladesh.

Border issues between the world's most populous nations, China and India, have caused two wars to break out. The last military conflict over a border issue was in 2017 in an area called Doklam in Hindi, and Donglang in Chinese. The military standoff lasted for a little more than two months in 2017. Luckily, the standoff was solved through talks rather than a full-sized military confrontation.

Kashmir is divided into two sides, with the Indian side known as Indian Kashmir and the Pakistani side Pakistani Kashmir. These two nuclear powers clashed over Kashmir three times in 1947, 1965 and 1999. Despite both countries having their own justifications in the Kashmir region, this lengthy issue has not yet seen a satisfactory conclusion.

Moreover, India and Pakistan had strained relations over the latest terrorist attack on Indian soldiers in Kashmir on Feb. 14, 2019. India accused Pakistan of harboring groups that were behind the attack; thus, in retaliation, Pakistan shot down two Indian warplanes on Pakistani soil.

Islands claimed by both China and Taiwan are being controlled by Japan – a hot issue between China and Japan. The islands, located in the East China Sea, are known as Diaoyu and Senkaku in Chinese and Japanese, respectively. Through a bilateral planning mechanism agreement between the U.S. and Japan, the U.S. has sided with Japan on the defense of the Senkaku islands.

In 2018, Japanese and American joint military drills were perceived as a show of force against Chinese military and naval expansion. In addition, there are claims Japan is building up its military to be more assertive with China.

Several claimant countries are involved in territorial disputes in the South China Sea. Some disputes are related to the ownership of the islands, while others are based on maritime borders. The U.S. and China, the two most formidable claimants, have had disagreements over the South China Sea. The U.S. claims freedom of navigation and supports other regional countries, such as the Philippines; whereas China claims most of the South China Sea through a perceived historic right. Other claimant states include Taiwan, Malaysia, Philippines and Vietnam. In 2019, U.S. Secretary of State Mike Pompeo visited the Philippines between Feb. 28 and March 1 and expressed American support for the Philippines in any attack in line with the mutual defense treaty.

China's militarization around the South China Sea has already worried other neighboring countries. In addition to this, China has been assertive regarding the Nine-Dash Line as another centerpiece in the South China Sea. For example, according to an international arbitral tribunal in 2013, the sovereignty of the Philippines was violated by China in its claims to the Nine-Dash Line. The frequency of face-offs between Chinese and American warships is an example of self-assured Chinese policies.

I have given only few examples in regard to the situation in Asia. There are many other regional and global issues, including the Taiwan issue that may cause a sudden war or a conflict to break out between any two parties and would take a heavy toll from the entire region. In the meantime, the world is focused on the consensus that the world's political and economic power is shifting toward Asia. At the same time, though, heightening confrontations, increasing arm races, the possibilities of clashes, skirmishes and standoffs are also shifting toward Asia.

The consequences of wars in the Middle East and Asia may be varied in many ways when it comes down to the number of victims and the scale of the wars; however, any military situation that involves nations such as the U.S., China, India and Japan will have heavier consequences on the world stage than situations involving Turkey, Iran and Saudi Arabia in the Middle East.

My hope is that this year will bring more communication, interaction and peace between nations; thus, facilitating a better life for all humanity.