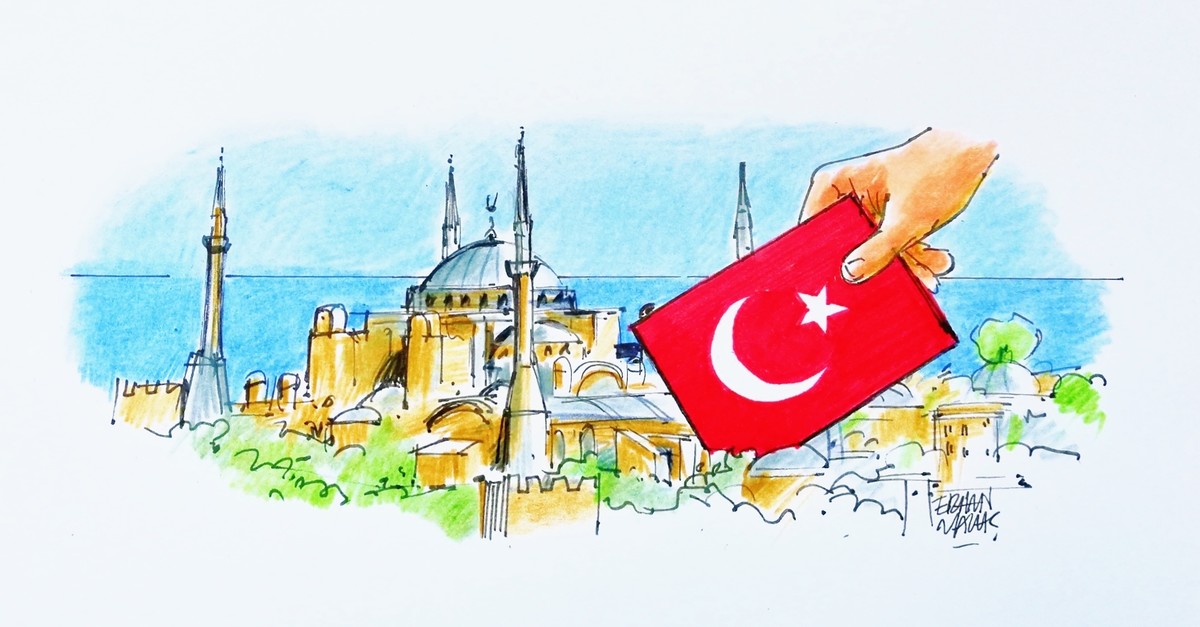 The Western media's interest in Turkey has steadily increased, and this has two dimensions. First, they are establishing new media outlets in Turkey and becoming entrenched in the domestic market. Lately, the launch of a joint Turkish-language YouTube channel called +90 by the public international broadcasters of Germany, France, Britain and the U.S. has drawn attention. Another interesting development was the launch of a Turkish news website by the British online newspaper, The Independent.

While on the one hand these media outlets are engaged in routine journalism, in a very sophisticated manner, they also publish reports critical of President Recep Tayyip Erdoğan. There has been an effort to place undue emphasis on Turkey's social problems with the intention of creating a sociological vulnerability. They rack their brains to connect such negative news content with the current government. The two newly established media outlets' capacity of influence should be considered along with other Western media organizations that are active in Turkey.

On the other hand, Western nations follow Turkey closely through their politicians and media groups. Turkey's political issues receive almost greater media coverage than Europe's crises, especially during electoral periods. Anti-Erdoğanism plays a big role in this. A renewed election in a European or U.S. city probably would not even be deemed newsworthy. In fact, it's hard to see any Western media organization that is really worried about the low voter turnouts of 50-60 percent. But when it comes to Turkey, we have seen excessive attention and statements by politicians, journalists or ordinary citizens. The level of attention has been even higher following the March 31 elections. With the Supreme Election Council's (YSK) ruling for a "rerun of Istanbul elections," Western media is operating with renewed vigor.

The illusion of dwindling autocracy

Western media outlets have evaluated the YSK's decision to renew Istanbul elections from two perspectives in general. It would be helpful to focus on these underlying biases before passing on to individual examples.

According to the first bias, the March 31 elections actually mark the collapse of an alleged autocratic system built by President Erdoğan. And the Justice and Development Party (AK Party) is trying to stem this tide. Western media outlets and politicians claim this is the underlying motive of the YSK's decision.

In fact, even a look at basic facts would reveal that this assumption is not only mistaken but also runs counter to simple logic. Can there be an autocrat who loses elections? Is there any example of that around the world? For instance, is it likely for the leaders in China, Russia or North Korea to lose elections? Besides, how can a politician be a dictator when he loses a lot of big cities in local elections? The Republican People's Party (CHP), AK Party's main rival, snatched many cities – Ankara and Antalya in particular – from Erdoğan's party. And the newly elected mayors have already taken office.

So, as their answers are apparent, these questions h

ave nothing to do with Turkey. Turkey is a democratically governed state. Whoever is elected by the people takes office and those not elected serve as the opposition. When a party objects to election results, as it occurred in Istanbul election, the YSK analyzes the case within the boundaries of the law. The objection process is a basic right and a part of elections, as well.

The second bias emerges when evaluations regarding the election reference the Taksim-Gezi Park protests. According to this narrative, democratic forces resisting with the Gezi spirit continue to fight the current government in the name of democracy. Here, the street violence that erupted in 2013 in the Taksim-Gezi Park protests is mentioned parallel to the vote, leading to a dead end regarding the rules of democracy.

ned in Turkey on March 31 was not an electoral defeat for the People's Alliance, which includes the AK Party and the Nationalist Movement Party (MHP). These two parties received 52 percent of the votes and emerged victorious from the ballot box, thus consolidating the presidential system. The CHP and its official ally Good Party (İP) and unofficial ally, the Peoples' Democratic Party (HDP), still came in behind, despite winning some metropolitan municipalities.

Western media and politicians in the West are trying to base their analyses on these two main biases. When doing that, they designate Erdoğan as an absolute "other." They have no other focus when interpreting Turkey's elections. They think they can categorize all the issues through anti-Erdoğanism. It's useful to remember that similar evaluations were made about Sultan Abdulhamid II during the early 20th century.

When Sultan Abdulhamid II was ousted by the Committee of Union and Progress in 1909, not only the committee members in Istanbul but also the European capitals were very happy.

They saw Abdulhamid as an obstacle to their goal of disintegrating the Ottoman Empire, but they hid this goal skillfully in their public statements. In the end, both Abdulhamid's opponents at home and in Europe came to pursue the same goal. After the toppling of Abdulhamid, Western media ran the headline "End of the Sultanate" with immense joy. Another obstacle to reaching their goal was thus removed.

Though it is said that mistakes, but not history itself, repeat themselves, the existing web of anti-Erdoğanist lies woven by Western media bears a striking resemblance to those that appeared in newspapers during Abdulhamid's reign. As a result, Western media has been carried away by euphoria after the elections that saw Erdoğan's vote dwindle. Hence, they repeat worn-out refrains. Too often, they utilize familiar terms, such as authoritarian, dictator or sultan that reflect their personal opinions rather than the facts.

Various reports and headlines appearing in the media in the wake of the March 31 elections provide ample material in this regard. But it would be enough to mention just a few here. For example, a piece by Carlotta Gall about the YSK's decision published in The New York Times was titled, "Turkey orders a new election for Istanbul mayor, in a setback for the opposition."

An article in The Washington Post titled "Istanbul might again reject Erdoğan's authoritarianism," tries to link the YSK's decision with Erdoğan. Another piece written by Dorian Jones for the Voice of America titled, "Istanbul's Ousted Mayor Condemns Erdoğan's 'Blow to Turkey's Democracy,'" was based on the CHP mayoral candidate Ekrem İmamoğlu's remarks against Erdoğan.

The BBC, which is known for its anti-Erdoğan reports, published a similar piece covering the YSK's decision with the title "Recep Tayyip Erdoğan: Turkey's Pugnacious President." The piece described Erdoğan as "sultan," too. There was also an effort to undermine Turkey's fight against the members of the Gülenist Terror Group (FETÖ) following their bloody coup attempt on July 15, 2016, through opposition to Erdoğan.

Revealing the BBC's classic stance, the piece actually tries to strengthen the allegations about Erdoğan being a "dictator" and "sultan" and pushes the agenda instead of providing information and commentary on the 2019 local elections. Other Western media organs also following the same path have demonstrated that these organizations analyze Turkey without worrying about producing actual journalism.

Ultimately, publishing negative reports on the same topic on a regular basis is incompatible not only with the usual course of life but also with the fundamental principles of journalism. So, the dominant mood in Western media is anything but healthy. Looking at the reports in Western media, the impression that rationality was lost and that entrenched opinions rule the day is becoming increasingly stronger. Western media must step back and ponder the irrationality it has drifted into.