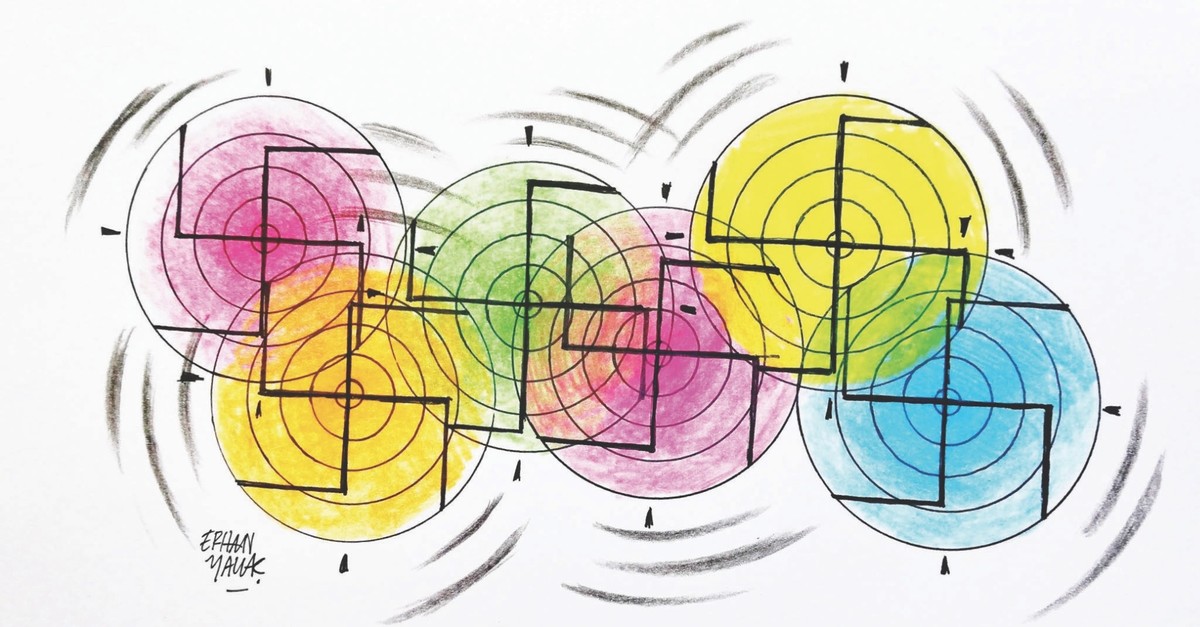 Far-right terrorism is not something that Germany can simply sweep under the carpet, but rather an alarming reality that all European countries must first face and then act against

Far-right extremism is a substantial and serious threat to our free society; these were the words of Germany's Minister of the Interior Horst Seehofer shortly after a heinous murder had shocked his country. Earlier this month, District President of North Hesse Dr. Walter Lübcke was assassinated at his home. The brutality of the act, which many compared to a cold-blooded execution, led to consternation and total disbelief among the population.

Paying respect to Dr. Lübcke and comforting his family were of course the most pressing items on everyone's agenda, yet law enforcement immediately began the search for his killer. By now we know that thanks to a trace of DNA found on the body of the murdered state representative, a 45-year old man with a long list of past encounters with the law who lives in that part of Germany, too, is considered as the suspect. There is speculation that he did not commit the crime alone; for example, some witnesses mention that there had been two cars speeding away from the murder scene, but nothing has been proven so far.

What is certain, however, is that the suspect has connections to far-right and extremist movements; the debate focuses on whether he acted alone (or as part of a small team) or whether there is a wider, far-right terror cell involved; the latter hypothesis up until today mostly discredited, yet at least one possibility.

Why murder a district president?

Germany's federal system of government is made up of various layers. In the case of Hesse, the district president (Regierungspräsident) has far-reaching powers and is a kind of in-between official authority with the "Land" and its elected government on the one side, and the next lower level of authority, the Kreis (county councils), on the other side. The Land Hesse has three district presidents and 26 county councils in total. Who is in charge of what depends on a cleverly laid out master plan.

One such issue for which the district president has the authority is the coordination of immigration, refugees and asylum seekers. And exactly this topic might have cost Dr. Lübcke his life. Investigators mention previous death threats and verbal attacks resulting in him being put under police protection at one point in the past.

In particular, one of his comments made in public led to a wave of protests from far-right movement members. He had said: "Those who do not support the values of German society are free to leave the country at any time." What angered those anti-immigration groups was not the fact that he had said what he said per se – casual listeners could have mistaken Dr. Lübcke's words for being directed towards immigrants. Far from it and to the contrary, he had addressed extremist groups basically telling them if you do not like Germany anymore because you think that there are too many new arrivals, then please leave.

Risqué, too say the least. Yet in the light of rising anti-immigrant sentiments in many corners of society much needed and wise words, too.

It is now assumed that it was this statement from four years ago that had become the initial motivation for his would-be killer(s) to start observing him, apparently waiting for the right moment.

The worst thing one can do when confronted with a problem is to sweep it under the carpet. Exactly this is what had happened with accepting the sad fact that Germany does indeed have a situation with extremism, and in particular, far-right extremism. It is equally sad that it takes the brutal murder of a leading state representative to openly admit so.

The new dimension in all of this is two-fold. On the one hand, German society had for too long believed that far-right sentiments – while never completely erased –were nothing but a footnote to an otherwise role model nation, a small group of misled individuals who would not pose any danger to their country as such and who would most definitely not engage in terrorist activities. On the other hand and after Dr. Lübcke's murder, it has become obvious that at least some of the country's far-right actors are ready (and able) to resort to violence not any longer only against "the other," i.e. foreigners, but against their very own countrymen, too.

Skinheads and hooligans or men in suits

One of the most important aspects of coming to terms with both observations made in the preceding paragraph is to openly discuss the social background of far-right movement members. And this leads away from the often over used cliché that every far-right actor is either a drunk, or a hooligan, or a skinhead or all of the above. He or in an increasing number, she, would now be in full-time employment often with very well paid jobs or even get elected into parliament: Think of the Alternative for Germany (AfD) political party. Granted, those women in dresses and those men in suits would still need other followers intent on engaging in violence if needed as the image of a spotless public image is a total must.

And herein lies the serious danger. The more often we see far-right political movements entering regional or even national governments or at least winning seats in assemblies their ill-fated and based on inciting hatred manifestos become all but acceptable, at least to some. After all do we not live in a democracy; hence, everyone who gets elected must be a democrat, too?

And the more often those verbal warmongers are given airtime and editorials in newspapers and so on and so forth would the less affluent, the less successful members of the same far-right groupings perhaps decide it is our task to do the dirty jobs. In other words: if their overarching far-right viewpoints become mainstream news items they must be right, or not?

A vicious circle of colossal proportions! And Germany does not stand alone in its fight against far-right extremism; it has become a European problem.

If society reacts and treats the phenomenon of sowing the seeds of hatred among the population as a serious threat to each and everyone's well-being, chances are that mainstream people's parties and liberal and environmental tendencies once again gain the upper hand. This necessitates listening to the people first before devising policies. However, listening to the people does not include accepting verbal warfare as the new democratic standard. Politics and politicians must highlight the positive dynamics of controlled immigration so much more instead of allowing naysayers to win the day.

After all Dr. Lübcke was killed by a white, male German national and not by an asylum seeker from some far away land.