Turkey's role in the climate change struggle: The Paris negotiations 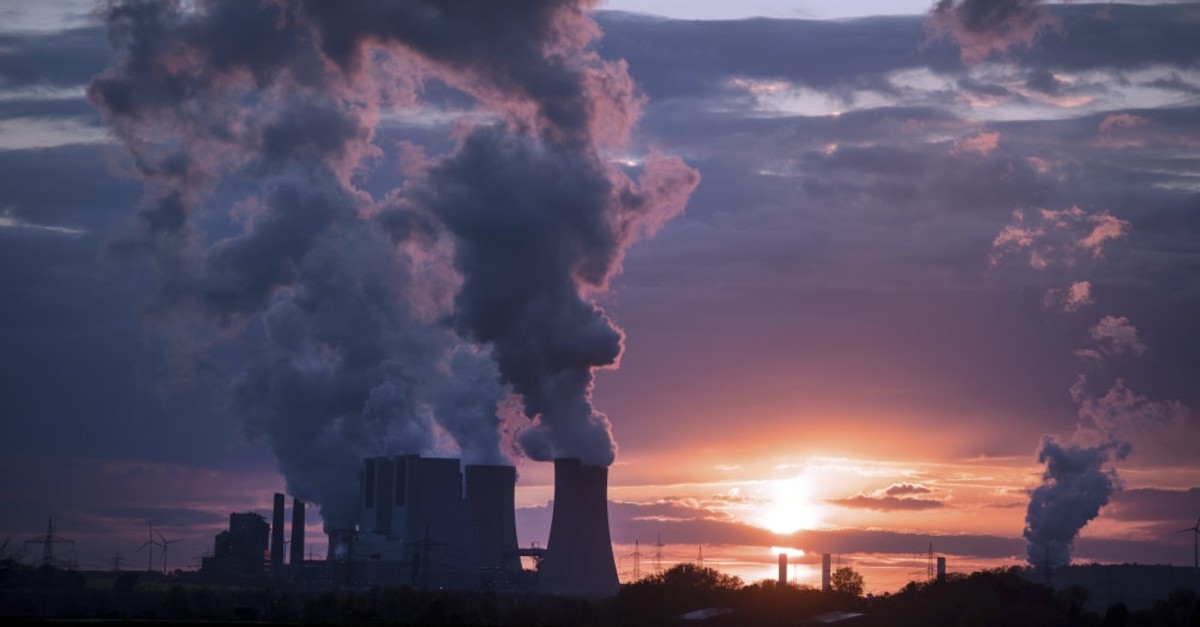 Turkey's struggle against climate change is an issue that should be examined around its process and missed opportunities. It is necessary to glance at the past in order to fully comprehend the new status and gains acquired by the Turkish government by ensuring the highest level of engagement and participation, especially in the recent Paris negotiations.

Very critical decisions were taken at the Conference of Parties held in Berlin in 1992 related to the climate process. At that time, Turkey did not possess much information on the existence of climate change along with many other countries across the world. In fact, the Ministry of Environment had only been founded recently.

When Turkey was placed under the Annex-II country which also might be interpreted as "developed country" status in the Berlin Conference of Parties in 1992, where country classifications were made, Turkey had fallen into a difficult position. The decision-makers might have acted with good intentions, thinking that they showed the whole world what a glorious, honorable, grand, developed country Turkey is — it was a candidate to be an EU state at that time — by registering it under the class of countries that need to grant funds to less-developed countries and even countries more developed than Turkey, and that also needs to decrease its emissions, instead of being registered under the class of "developing countries" that will need financing aid in the struggle against climate change.

If what some of the negotiators from other countries who had witnessed the event and attended the meeting in Berlin 23 years ago is correct, Turkey supposedly emphasized that they would like to remain in the developed state status, on the same list as the EU, despite the warning of other countries.

Turkey was thereby promoted from a developing country, a candidate to the EU, with a $2,000 per capita national income, to a developed Organization for Economic Co-operation and Development (OECD) member country, which would continually decrease its emissions and would need to provide financial, technological and technical aid to other countries.

To which countries would we provide aid? China, Singapore, South Korea, India, Qatar, Saudi Arabia, Brazil, Argentina and other wealthy oil producing Gulf states. In addition to the aid, Turkey was even expected to halt their factories and restrict development for the sake of the struggle against climate change.

In those days, it was not understood fully how many grave consequences these decisions would bring in the future. It was noticed later on and decision-makers tried to fix this situation; but it was not that easy.

For this reason, Turkey refrained from becoming a party to the Climate Change Framework Convention for 12 years. In fact, Turkey had to obtain the approval of each and every country in that list of 195 countries who was a party to the convention, in order to be taken out of the list that would need to provide monetary aid to the above-mentioned developing countries.

Finally, with a decision taken in Marrakesh Morocco in 2001, as a result of intense negotiations, Turkey was taken out of the status of Annex-II country granting financial aid to other countries and then became a party to the Climate Change Framework Convention in 2004.

At the Conference of Parties held in Cancun, Mexico in 2010, it was recognized by all parties that Turkey bore terms different from the other countries taking a place on the same list as Turkey. Moreover, it was reaffirmed that Turkey did not have an obligation to provide financing and technology transfer, and thus our special circumstances were recognized.

What are these special circumstances? The other countries stated: "We understand the situation of Turkey, it is not in a position to provide financial support to other countries in the struggle against climate change; however, it is still obligated to continue emission reduction."

Then, what will Turkey do in this new status? Turkey will provide voluntary emission reduction instead of the net emission reduction commitment undertaken by developed countries. When Turkey was on its way to Paris for the negotiations of the new Paris Agreement, to replace the Kyoto Protocol, and also during all the negotiations that took place before the Paris meeting, we were always thinking about this unfortunate mistake made many years ago.

During the negotiations of the new agreement, Turkey attended any and all the meetings where climate change was discussed to see "what was being discussed" to protect the interests of our country. Turkish officials traveled to many places across the world 180 times in 18 months in a struggle to protect Turkey's rights.

While going to the climate negotiations in Paris, Turkey had three red lines. The first and foremost was removal of the country classification discussed above and were made great effort to be relieved of the developed state status that provided an unjust and extra burden on us regarding the struggle against climate change.

Secondly, Turkey said "Do not demand anything from us as a country other than the voluntary reduction contribution we provided in September." And thirdly, Turkey stated, "Our emission reduction potential is very high, provide us with financial support so that we can perform much better work in the struggle against climate change."

In all the negotiations of the Paris Agreement, Turkey had the chance to specify all of her red lines. While expressing these red lines, Turkey also provided support to other issues such as the long-term goals supported by other countries, compliance, willingness, a review every five years and transparency. Turkey also received a strong promise for our request of financial support being given in this regard.

The Presidency of this period will be held by France for a year. During this time, French Foreign Minister Laurent Fabius gave a promise to show maximum effort for the solution to the provision of financial support to Turkey. He clearly expressed this promise in the plenary meeting attended by the ministers of 195 countries.

According to UNFCCC Draft Rules of Procedures and its practices, decisions have to be taken at these types of conference of parties by the consensus, i.e., no objection from Parties.

Therefore, if one of the countries objects to the topic discussed in a meeting, the negotiator and team of this country has to be convinced separately. If they cannot be convinced, according to unwritten rules, talks are elevated to higher level contacts.

Thus, the issue is left to the initiative of the highest-level decision-maker political masters. . The process is continued after reaching an agreement as the result of the talks among the heads of states.

If a country fails to attend to the meetings of the international treaties to which that country is a party or if a representative cannot be sent, the decisions taken at that meeting are deemed as accepted by that country.

In the 22nd Conference of the Parties of UNFCCC, which was held in Morocco, Turkey negotiated her position particularly in terms of being eligible to Green Climate Fund (GCF). The Moroccan presidency facilitated the process by arranging meetings with GCF co-chairs and other important negotiating groups, however Turkey faced with strong opposition of developing parties.

In the 23rd Conference of the Parties of UNFCCC, the Fijian presidency and Germany worked together and tried to gather all parties for a solution. However, group of G-77 and China opposed to this effort without showing any reason, therefore, Turkey couldn't move forward to solve her problem.

In the 24th Conference of the Parties of UNFCCC, before the opening, intensive negotiations were held with the Polish government as the president of the conference, the UNFCCC Secretariat and the country groups regarding the agenda proposal for the deletion of Turkey from the Annex-1 List of the Convention.

Although, the demand for the deletion of Turkey from the Annex-1 list of the Convention was rejected, Turkey agreed with the conference agenda to proceed the 24th Conference of Parties and to begin the consultations with the Parties for the finance issues, which is Turkey's one of top priority problem.

Turkey decided to continue negotiations through the European Union in obtaining the decision to ensure access to finance under the GCF. The expectations of our country were expressed by our delegates to the EU's representative and the draft decision which offers to access to climate finance was proposed.

The EU's representative held bilateral meetings as the part of the shuttle diplomacy in order to address the decision. These consultations continued during the second week of the conference.

However, alike in the previous years, the group of G-77 and China opposed to this effort again.

Highest level of engagement from Turkey

During the 21st Climate Change Conference of Parties held in Paris, the Turkish negotiation delegation was represented by a very high level civil servants. All the relevant ministry representatives were there, and they carried out extremely tough negotiations in their own fields. Not only the experts, but Environment and Urbanization Minister Fatma Güldemet Sarı personally sat at the negotiation table, put forward the red lines for our country in the bilateral meetings held separately with the ministers of other countries, and requested support for the demands of our country. Turkish ministers also displayed great effort internally by coordinating with other ministries associated with the subject in any aspect. Foreign Minister Mevlüt Çavuşoğlu provided significant support by establishing the diplomatic traffic with France.

In the first stage of the negotiations, President Recep Tayyip Erdoğan also attended the Paris Leaders' Summit and declared our country's approach to the matter, Turkey's red lines and demands at the highest level. Also, during the final three days when the negotiations escalated, he again showed his significant support by talking with the leader of France twice.

Nevertheless, the climate talks are processes where eventually political decisions are taken and these decisions are finally taken by leaders. For the first time, Turkey gained the opportunity to fortify its position in the international arena by receiving the strong support of Erdoğan during the climate change negotiations. President Erdoğan was privileged to say yes to three very significant agreements: The 2004 Climate Change Framework Convention, the 2009 Kyoto Protocol and the 2015 Paris Agreement. Although certain segments have attempted to show him as an enemy of the environment during the Gezi incidents, as a statesmen that has stood out with his environmentalist attitude in every step he took for all his political life, Erdoğan has shown the courage to have Turkey become a party to three climate-related agreements and once more has proven what a real environmentalist he is. Turkey has succeeded in honorably coming out of the Paris climate negotiations, prevented decisions being taken that can prejudice their benefits, corrected the former mistakes and has committed to exceedingly fulfill the responsibility on its part in contributing to the struggle against climate change in the international arena. Although we do sympathize with the criticism, we shall continue to work to become a great and strong country by succeeding in sustainable development.