Some benefits of the 2020 global recession 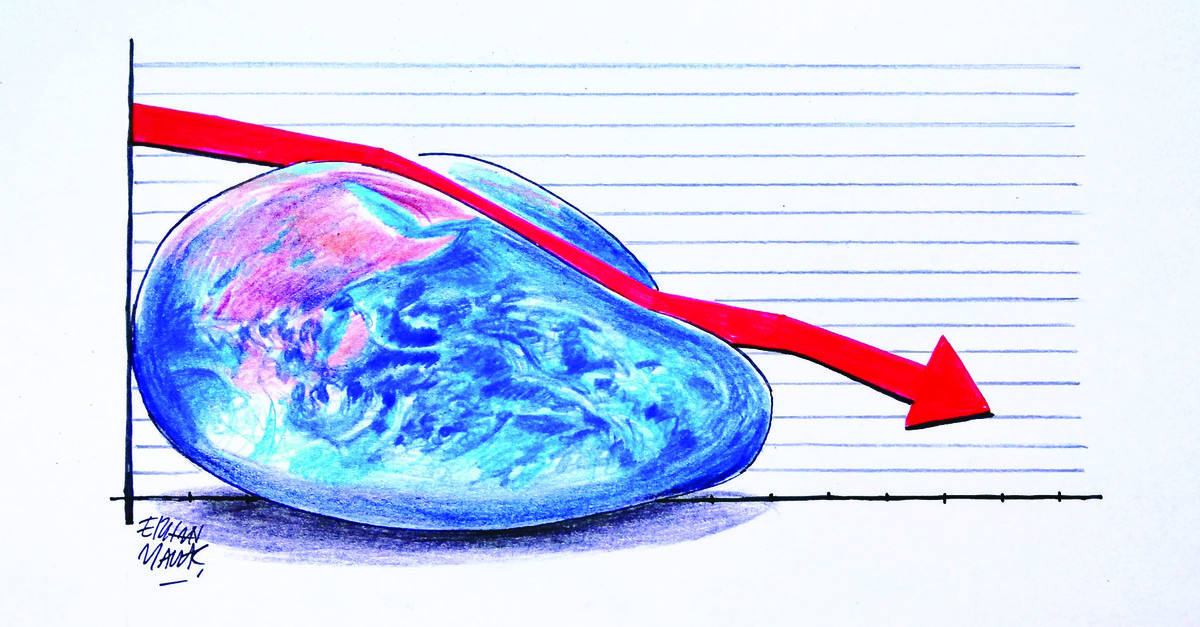 There's this strange smile on people's faces these days as we're nearing the end of the illusionary contentment experienced by consumers and the financial sector. Perhaps, it's more like the complacency of a captain who knows that his big ship is heading right into rocks with the rudder stuck, and they're at the point of no return.

Just like Michael Watkins said in his Harvard Business Review 10-year best seller, "The First 90 Days: Proven Strategies for Getting Up to Speed Faster and Smarter, Updated and Expanded," leadership is indeed a virtue, but not every company offers everyone equal opportunities or the environment to use it.

I don't know if we're aware of it, but the economic theorem that has become a classic in the last years has only evolved/changed into "equality." There is not a single sentence on the shelves about who produces and to what extent, under what sort of conditions and how much capital and time and how many people had to be waived to achieve that.

There is inequality on the streets of Paris! Since capital (shares) are not equal, there is cruel competition in Bogota, Colombia, because all the big players have their own corners. In Indonesia, the interest rate corridor is always three times higher than expected, and there is no demand when production costs fall. Classic sentences like we will never escape this vicious circle before the housing stock melts, and the same mistakes and sometimes excuses...

When we look at the economy columns of newspapers, we read theorems that are more like limitless doctrines. When talking about economic vitality, we often see this remark, "When we take the institutional structure of economy into account, economic growth, which is a concept related to long-term increases in production capacity, is fundamentally dependent on two factors: increasing the physical quantities of production factors per person and/or increasing their average productivity."

However, we overlook the impact the contraction experienced in production has on individuals and their families and don't estimate where these 2-year economic plans drawn up as a result of sociological effects will take us. As countries and companies, we ignore that consumption patterns are actually a type of psychological planning.

While budget negotiations continue, we entrust the quality and strategy of these theories, which will benefit some but harm others, only to the research directorates of investment companies.

Globally, we have the data to enliven this gray-looking economic table and create new opportunities. And this table is not only the case for Turkey; this is true for all developing economies that have diversified beyond gas and oil exports.

All we need to do is to plan the saturation point of supply-demand equilibrium and analyze efficiency better than we did in previous years. Without these, all G20 countries should be prepared to shrink by 2% on average because the gloominess approaching is about both the contraction of import markets and the area where they sell goods being the same! We cannot help but wish success to companies that will bear the cost of inventory for customers who won't be able to come to their counters, markets or shops and not have the appropriations to allocate to it.

Unfortunately, we have global corporate executives and political leaders who don't think about the consequences of global competition, who only govern domestic policy and who cannot predict the outcomes of the decisions taken for their own commercial returns. As expressed in the final declaration at Davos last year, the "We have no idea what we're going to do when we start seeing the impacts of political decisions on production data" situation is about to happen right now.

If we look at the data package in our hands supporting this idea, three main topics emerge. We can see that the European Central Bank (ECB) and the U.S. Federal Reserve's decision to move away from expansionary and market-making movements and exclude these from their strategies in the last 2-3 years has started to create inflationary pressures, particularly on manufacturing industry data.

In addition, we can see that the slowing consumption demand is causing youth unemployment in producer countries and reducing the elasticity of demand in this vicious circle. And as the final outcome of these, the negative trend in growth data, which comes as a result of the decrease in consumption as well as the decline in Brent oil prices and the high public debt in China, India, Brazil and Far Eastern countries, will trigger the risk of a global recession. In this respect, in the next two months, it is highly likely that especially market-making central banks will return to Keynesian economic policies and offer the market liquidity leverage.

Within these systematic risks, which will allow us to see that there's a positive side to every bad thing, something that will become a remedy to countries, especially with problems in the current account deficit, growth and inflation triangle, might just happen.

Thanks to expansionary policies and the high liquidity corridor, especially countries differentiating in terms of local currencies will have the chance to make a correction. In this period, opportunities will be strong for investors, especially those on the TRY/USD band.

As a result of the tightening of the interest rate corridor in their own countries due to high liquidity leverage, the first address of investors teetering on the edge of negative returns will be emerging economies like Russia, Turkey and Indonesia. In this respect, it is possible that annual returns in the stock markets of developing economies will settle in the range of 12% to 20%. Likewise, it is possible that growth in domestic demand will be experienced as a result of the decrease that will be observed in the interest rates of personal loans, especially mortgages, brought on by the decline in bank interest rates due to cheap dollarization. As a result of the 30% import cost decline in public finance and government budgets due to the decline in Brent oil prices, the opportunity to direct the appropriations mentioned toward fields such as education, heavy industry and research and development will arise. I believe that steering this unexpected return toward strategic and correct investments will facilitate the achievement of medium- and long-term targets for countries.

As a result, the economy is slowing down and we, as all societies, have caused this. Just as Roman poet Ovidius once said, "A horse never runs fast as when he has other horses to catch up and outpace."