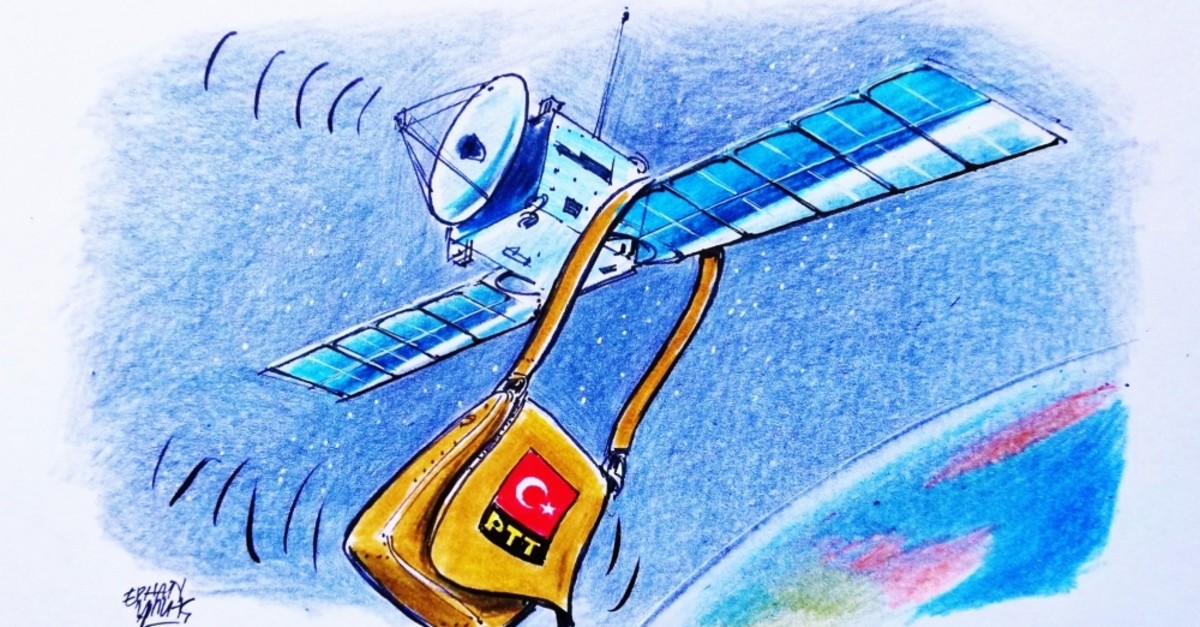 To contribute to the rising relations between Turkey and the Turkic republics, it would be beneficial to think about the foundation of a Turkish postal union covering all Turkic republics and other countries in the nearby region

The economic and social value of postal services, which always goes beyond the distribution of mail, has been continuously expressed by the international postal authorities, academic studies and also by many fascinating people contributed to the postal development through their long-sightedness, wisdom, knowledge and expertise during their postal career.

As an unusual example, Benjamin Franklin, a man of many talents, was the first postmaster general of the United States in 1775, serving just over 15 months. As another example, Harry S. Truman, 33rd President of the United States, was the postmaster of Grandview in Missouri. Focusing solely on their thinking about the nature of the post rather than taking a holistic approach would reveal a meaningful and courageous perspective on the postal services which has been a constant beacon for the entire humanity. There has always been a common compromise on the fact that the postal service has a combining and unifying role in societies. In connection with this, President Truman stated the following crucial point in 1951: "It is one of the biggest businesses in the country. And without it, the rest of the country would not be able to do business at all. Without the postal service, all our activities would come to a standstill-business, national defence, family life, everything."

The postal literature is rich with information highlighting the similar nature of postal services. James Rees underlines the same characteristic in his book titled 'foot-prints of a letter carrier; or a history of the world's correspondence' as follows: "It is not a mere commercial affair, but one that connects itself with the interest of every man, woman, and child in the country whose business and sympathies are alike linked to its operations. There is not a country or a spot of ground on the habitable globe where civilization, with its handmaid, intellect, treads, but is identified with this vast postal chain."

There is no end of such meaningful findings identified throughout history by different people coming from different backgrounds. By taking this vast capacity, it will not suffice to concentrate upon only one aspect of postal services. It is believed that trade has been the backbone or impetus of internationalism and international organizations. The same goes for the foundation of a general postal union since the post has always been associated with commerce and finance. On the other hand, postal administration has to be addressed as a social institution, even if not. It is true that trade is lying at the roof of the internationalization process of postal services, but it is the social dynamics that formed and directed the development level of today's postal understanding.

There really were breakthrough developments in the 19th century that marked an epoch in international postal history. Within this context, international cable, telegraph, post, railway and telephone systems brought widely separated states, geographies and people together. As a result of these significant achievements, governments started to take actively part in international relations which brought a rising culture of international organizations to light. In view of the continued relevancy and increasing need of the post, the international mail comes to the front for its vital role.

In spite of military and political disputes, the development of commerce between nations and the rising social relationships, which are stemming from the above-mentioned systems, added another dimension to the international post which touches the lives of people across the globe. As an important turning point in the communication history, on 9th October 1874, a treaty concerning the formation of a General Postal Union concluded between Turkey, Switzerland, Germany, Belgium, Austria-Hungary, Denmark, Egypt, Spain, the United States of America, France, Great Britain, Greece, Italy, Luxembourg, Norway, the Netherlands, Portugal, Romania, Russia, Serbia and Sweden. Known as Bern Treaty, composed of 23 articles, it regulated and defined all aspects of postal service operations with the aim of a single postal territory for the reciprocal exchange of correspondence between member's post offices. In 1878, during the UPU Paris Congress, this union became the Universal Postal Union. Today, it is one of the preeminent agencies of the United Nations and all except a few small countries are now members of it. It is the UPU that brought traditional postal services and communication channels into the present. Since its foundation, the UPU has been dealing with all issues related to international postal communication including today's hot topic postal rates and all the regulations in regard to the weight, size and content of postal items.

The Turkish Postal Services founded in 1840, in Istanbul. Its history is a bit different due to the identity and environment of the Ottoman Empire. Although postal activities were carried out within the empire before it was officially established, it was narrow-scoped and fully traditional. Being considered as the communication agent of the state, it was mainly used for state affairs and people were not too much involved in postal activities.

Since the internationalism of postal services is the main focus, it is important to remember the postal atmosphere within the empire. In addition to its own postal system, Turkey possessed a large number of foreign post offices operating mainly in Istanbul and other commercial and coastal towns. Mostly because of the capitulations, commercial and legal prerogatives, foreign post offices had enjoyed an open market for many years. As a consequence, the Ottoman State could not easily control or influence them. Austria was the first country to open a foreign post office in Turkey, in 1718. It was succeeded by Russia in 1799, France and Great Britain in 1812, Greece in 1834, Italy in 1869 and Germany 1870. By the end of the 19th century, there were 97 foreign post offices in the Ottoman lands, mostly in Istanbul, Izmir and Bursa.

Under these circumstances, internationalism of the Turkish Post has to be considered as an endeavor of self-discovery and self-sufficiency. The first part of this journey is the membership of Turkish Post to the International Telegraph (later Communications) Union (ITU) in 1865. In addition to being a founding member of the ITU, Turkey is also among the founding members of the UPU. Following these important steps, Turkey had diligently worked towards diplomatic initiatives on the abrogation of foreign post offices within the empire. At the same time, the Turkish Post started direct business competition trying to cut the economic viability of those post-offices and therefore lift its effectiveness by institutionalizing its corporate culture, extending its branch network, launching new services, adopting a customer-oriented commercial understanding, launching international post and parcel services for the use of the entire population.

These developments and turning points are of great importance for the future of the Turkish Postal Services. At this point, the 26th UPU Congress, held in Istanbul, Turkey in 2016, is considered as a new epoch in its postal history. Therefore, it could be said that Turkish Post had completed a very specific period of self-discovery, from 1874 to 2016, which reveals a great accumulation of postal expertise. Nowadays, the Turkish Post is holding the presidency of the Council of Administration of the Universal Postal Union for the period of 2017-2020. This role ensures Turkish Post to secure its international position in the 21st century's postal industry. The CA is the administrative and decision maker body of the UPU and consists of 41 member countries based on equal geographical distribution. It ensures the continuity and sustainability of UPU's works between congresses and supervises all related activities. In addition to its capacity covering regulatory, legislative and legal issues, the CA also responsible for the promotion and effective coordination among the 192 member countries.

Apart from this international responsibility, the Turkish Post is a dynamic member of some leading restricted postal unions which are officially recognized by the UPU. As the most important example, Turkey is an effective member of PostEurop which represents European public postal operators. According to the brief information given on its official website, it has 52 members in 49 countries and territories and they collectively operate 175,000 retails counters, employ 2,1 million people and link 800 million people daily. Formed as a trade association, it is in close coordination with European institutions for the benefit of its members based on some critical criteria such as cooperation, growth and innovation. The Turkish Post is engaged in very close cooperation with PostEurop. The Postal Union for the Mediterranean is another significant union that Turkish Post is engaged with it.

In light of this information, it is clear that the Turkish Post has always been a side of internationalism for a very long time. It has recently developed productive relationships with countries in the Balkans and nearby geography. It has also brought a constructive and inclusive postal perspective to the international postal debates thanks to its role in the UPU. In addition to all these, the Turkish Post might focus on optimizing the existing mutual postal service corridors between the countries which are part of these restricted unions.

On the other hand, there is an undiscovered commercial potential ahead. In order to contribute to the rising relations between Turkey and Turkic republics, it will be beneficial to think about the foundation of a Turkish postal union covering all Turkic republics and other countries in the nearby geography. It is hence necessary to build tomorrow's infrastructure so that the Turkish Post can export its virtual commercial expertise and other related postal competencies.