Debating power in the 21st century 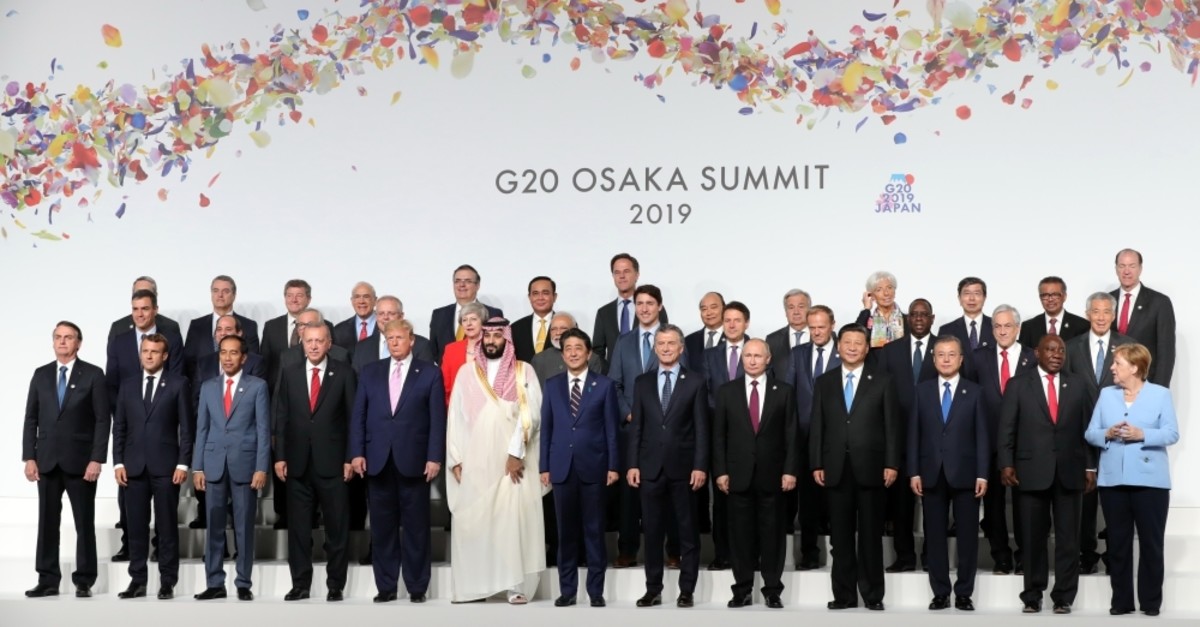 The concept of power is one of the most popular and elusive concepts in the academic discipline of international relations. To many, power is the ability of one actor to influence the behavior, interests and identity of other actors in the image of its own priorities, preferences and values. Put differently, power is the ability of one actor to get what it wants from others. The crux of the issue here is to define from where this ability comes and whether one can measure it. This suggests that power has both residual and relational aspects. Power is residual because being powerful requires a particular state to possess some capabilities, of both tangible and intangible sorts, and the will to use them in order to have an impact on others.

Without those capabilities in the first instance and the will in the background, it is nearly impossible to influence others. Tangible sources are those that can be quantified, measured, observed and categorized. Such sources are military capability, economic might, geographical location, population number, human development, technological prowess, environmental factors, etc. Intangible sources of power are those that cannot be easily observed, tested or measured. Values, norms, societal cohesion, culture, image and identity are typical examples of intangible power capabilities.

Power is also relational because for power to exist there needs to be at least two actors interacting with each other. For example, if State B does not meet the demands of State A or change its behaviors along the expectations of State A, then State A does not have the power over State B. Possessing mere power capabilities and the will to use them does not automatically translate into being powerful. Being powerful requires the compliance of others with the demands of the state that tries to have an impact on their choices.

Not all states are willing to influence the choices of others. Some states are defined as status-quo oriented powers whereas some others are considered to be as status-seekers or status-quo changers. Status-quo oriented states are those that are content with the current power configuration in the system and they do not aspire to change it. They are merely concerned with their existing status within the system and want to make sure that it continues. Their foreign policies most of the time begin and end at their national borders. They are generally risk-averse states. Rather than act, they react to external developments. They are not concerned with how other states are ruled internally and act externally.

In their imaginations the number one foreign policy interest/priority is to make sure that external developments do not affect their internal order and current position within the system negatively. Even though many such states can be found at the fringes of international politics, it is extremely difficult to put a particular state into this category because even the status-quo oriented states have to play by the rules of power politics and engage others instrumentally to protect what they possess at a given time.

On the other hand, some states have a much broader definition of national interests. Such states tend to have aspirations transcending their national orders. They are risk-takers in that they try to help bring into existence a new power configuration within the existing system so that they find themselves in a much better and prestigious position than before.

Whereas some status-quo changer states are only concerned with having an impact on foreign policy behaviors of other states, some others would be very much preoccupied with the projection and promotion of their values and norms onto others. The status-quo changer states prioritizing foreign policy behaviors of others would primarily focus on increasing their material power capabilities vis-à-vis others. At stake for them is the material distribution of power capabilities within the system at a given time. The status-quo changer states trying to project their values and norms onto others would on the other hand be profoundly concerned with the normative foundations of the system. They would hold that their power over others would positively vary with their ability to help transform them in the image of their values and norms. In this sense, status-quo changer states of this kind are all normative powers in that they try to achieve their goals by projecting and expanding their norms onto others. All great powers, such as the United States, China, Russia and the European Union, are normative powers. The countries that wish to have regional spheres of influence are also within this camp.

For example, following its ascendance to the top position of international power hierarchy, the United States has put the transformation of international politics in line with American values and standards at the center of its foreign policy. Similarly, the ongoing discussions on rising powers make it explicitly clear that those states are status-quo changer states because they put a strong challenge to the privileged position of Western actors within the existing global order, both materially and normatively.

This dimension of power prioritizes capabilities of actors in a non-relational fashion. In this sense, some states are defined as hard powers, meaning that the tangible power capabilities at their disposal would enable them to influence the behaviors, interests and values of other states. Hard power capabilities can be both military and non-military in nature. Therefore, a more apt categorization would be how these military and non-military capabilities would be employed to have an impact on others. Which particular logic would shape the actions of power-holders?

Coercive hard powers are those that try to get what they want from others by coercing them to meet their choices. Others would either agree to the terms of the coercer or get punished severely for their non-compliance. Coercive powers would frighten their opponents and threaten them with the negative consequences of their non-cooperation. Coercive powers try to instill fear in their targets and wish for them to respond out of necessity.

On the other hand, inducing/enticing/coaxing hard powers are those that try to get what they want from others by pushing them to make materially construed cost-benefit calculations. Their hope is that others would be induced to cooperate if they saw that their cooperation with the inducer would yield them more benefits than costs. Rather than imposing their will on others through the employment of coercive strategies in a unilateral fashion, they would endeavor to buy their cooperation by pushing others to act out of self-interests.

Soft powers do, on the other hand, rely on intangible capabilities, such as identity, culture, norms, values and the legitimacy of their internal and external policies. Their ability to help shape the choices of others originate from their power capabilities that cannot easily be quantified or subjected to objective measurement. Depending on how they engage others, soft powers can be divided into two subcategories.

On the one hand exist attractive soft powers, which do not need to do something specific in order to influence others because others are simply attracted by their values, cultures and political achievements. They neither coerce, nor induce nor entice others. They deem themselves as shining stars and ideal role models for others to emulate in their efforts to get successful. Their economic, military, ideological and political achievements at home would constitute the most important arsenal at their disposal.

On the other hand, persuasive soft powers are those that think they need to invest some capital in order to help create legitimacy and attraction in the eyes of others. They develop specific strategies not only to brandish their achievements but also persuade others that their behaviors and policies are legitimate and other-regarding. In this regard, persuasive soft powers take great pains in helping manufacture attraction in the eyes of targeted countries through the employment of diplomatic means of conflict resolution, public diplomacy efforts, development aid and multilateral and facilitative diplomacy at interstate and intrastate disputes.

Being powerful requires the interaction of at least two different actors, one side trying to influence the choices of others whereas the other thinking or calculating whether or not to comply with demands of the one. In this regard power is defined as a relationship. Coercive, inducing/coaxing, attractive and persuasive strategies are employed by the side that tries to influence others. Equally important is how others would reciprocate to such demands. Would they comply with the terms of the power holder out of fear, interests or legitimacy? If there is fear, this is a coercive hard power relationship. If interests are in play, this is an inducing/coaxing hard power relationship. If legitimacy drives action, this is a soft power relationship.

Today's world defies easy categorizations of power relationships mainly because we are now living in an increasingly complex and interconnected world in which actors are multiplied and they tend to employ different power capabilities selectively. It is now becoming extremely difficult to decide which power capabilities are in use and what motivates states to respond to the demands of others.