Judaization of Jerusalem: Could it get any worse? 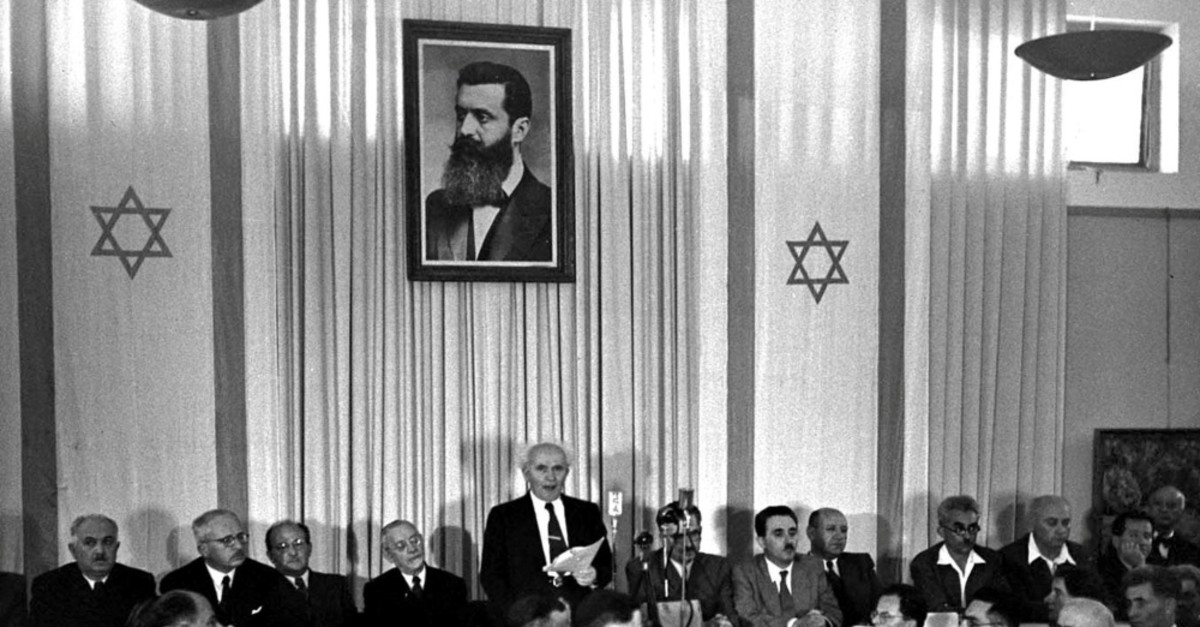 Palestinians recently marked 52 years since Israel started occupying the eastern part of Jerusalem, including Al-Aqsa Mosque. However, celebrating Naksa Day this year has come with a new challenge, namely the so-called peace plan being tailored by the Donald Trump administration to allegedly resolve the Palestinian-Israeli conflict and the economic workshop in Bahrain declared as the first part of this plan. An old challenge, however, remains intact and can be traced to the Arab official stance, which is showing further deterioration away from the Palestinian issue and more inclination toward warm relations with Israel.

Between 1948 and 2019, Jerusalem endured much under Israeli occupation. Its western part has been completely cleansed of its Arab presence and rendered a Jewish area, while its eastern part is being subjugated to an unrelenting process of Judaization led by Israel to change its face and identity on the demographic, religious and cultural levels. To this end, Israel has employed different tools to turn Jerusalem into a city of Jewish majority and sought to use it as the "eternal capital of the Jewish people." On the demographic level, the occupation has embraced a policy aimed at diminishing the Arab presence in Jerusalem, estimated in 2016 at 38 percent, to the lowest possible point. Different means have been incorporated to achieve this goal, including settlement construction and expansion, restricting building permits and demolishing Jerusalemite houses to serve the settlement enterprise.

The occupation in numbers

Numbers say much here: A report published by Haaretz in 2015 mentioned that only 7 percent of the building permits issued in Jerusalem between 2011 and 2015 went to Palestinian neighborhoods. While Jerusalemites need around 2,000 new housing units annually, half of them today live in unlicensed homes. Since 1967, Israel has destroyed more than 5,000 houses and just recently, its high court granted municipal authorities the right to demolish all 60 buildings in the Silwan neighborhood of Wadi Yasoul in addition to approving the demolition of 16 apartment buildings comprising around 100 apartments in the Wadi al-Hummus neighborhood of Sur Baher. Other means include stripping Jerusalemites of their permanent residency status and expelling them from their city. Noticeably, Israel has stripped more than 15,600 Jerusalemites of their residency status since 1967; whereas the number of those affected by this measure is far beyond this figure.

The separation wall surrounding the eastern side of Jerusalem is yet another tool to pursue demographic changes as its route is planned to put entire Arab neighborhoods, home to around 100,000 Jerusalemites, on the side of the West Bank. Key lawmakers in the Israeli Knesset have proposed that these neighborhoods be subject to regional authority and removed from the municipal borders of the occupation.

In addition to the above, Israel has crowned its Judaization policy with a total neglect of Jerusalemites' rights as stipulated in international law. The dire situation in the eastern part of Jerusalem was recently criticized by Israel's State Comptroller, regardless that his stance is based on the idea that Jerusalem is unified under Israeli sovereignty and its eastern part should not be receiving fewer services than those received in the western part.

Thus, the report released on June 2, 2019 denounced the lack of social services and educational opportunities as well as neglected sanitation and high poverty rates. It also talked about suspicions that the Interior Ministry's Population and Immigration Authority has not made sufficient effort to provide efficient and realistic services to the residents of the eastern side of Jerusalem.

In addition to the demographic mutation in Jerusalem, Israeli attempts are underway to change the city's Arab and Muslim aspects through imposing religious and cultural changes. This is well demonstrated in threats imposed on Christian holy sites and in the targeting of Muslim holy sites, particularly Al-Aqsa Mosque, which has been subjected to a dangerous Judaization policy to serve the claims of temple movements.

Israel's policy targeting Al-Aqsa can be summarized in its relentless attempts to change the historic status quo predating the Israeli occupation of the mosque in 1967, through the attempts to impose spatial and temporal division and place it under Israeli sovereignty while terminating Jordanian custodianship.

Cultural Judaization is also evident in the so-called national parks seeking to serve settlers and biblical narratives, and in changing the Arab names of villages, sites and streets in Jerusalem into Hebrew names. In this context, the occupation has Judaized more than 22,000 names in Jerusalem since 1948, and only lately the Israeli Municipality decided to name five streets in the Silwan neighborhood after Jewish rabbis.

Still, this is not the whole story and while this is the current trend embraced by Israel, the future does not seem to be brighter. A report published recently by the International Crisis Group has portended that, in 2045, Jews would be a minority in Jerusalem, which would push Israel to embrace more measures to prevent such a situation from crystallizing. Namely, it would excise Palestinian neighborhoods located east of the Separation Wall, entrenching its de facto annexation of most of eastern Jerusalem.

As the scene in Jerusalem is overwhelmed with Judaization, U.S. President Donald Trump and his administration have adopted an approach completely biased in favor of the Israeli narrative and interests.

This was revealed, for example, in the recognition of Jerusalem as the capital of Israel, moving the U.S. Embassy to the occupied city, and the ongoing efforts to cancel the right of return. The economic workshop in Bahrain, held in June 2019, is yet another demonstration of American keenness on Israeli interests as it is meant to have Palestinians trade their rights for economic investments that would eventually serve the interests of the occupation. Even worse is the Arab official stance toward unfolding developments, accepting American plans in the region and embracing normalization with Israel while it continues to infringe on Palestinian rights.

This environment has made Israel more comfortable about proceeding with further Judaizing Jerusalem, thus ratcheting up its efforts to impose more facts on the ground. Expectations for Jews to become a minority in the city make it more likely for Israel to work exhaustively to prevent the development of such a change in the demographic balance, especially after Knesset elections in September 2019 and before Trump is completely engaged in the presidential race scheduled for 2020. In light of this, one sentence says it all about Judaization in the eastern side of Jerusalem: Tougher days are yet to come.

* Op-ed contributor based in Lebanon