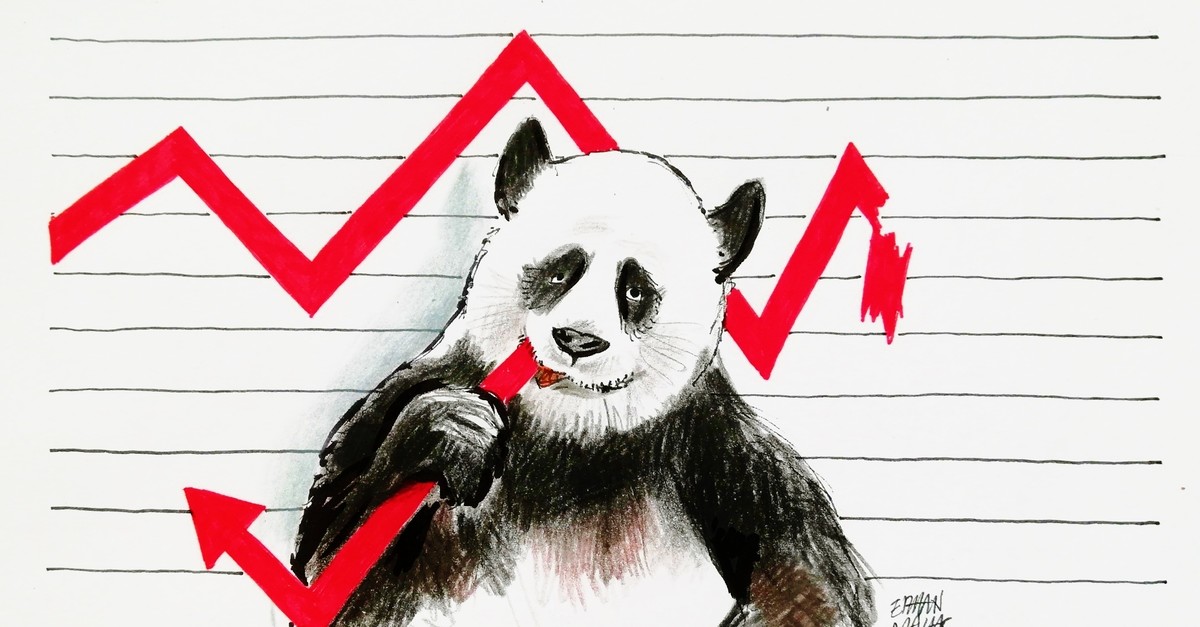 The liberal world order, which came into being at the end of World War II under American leadership, has been going through a radical transformation in recent years mostly owing to China's spectacular rise. In parallel to its increasing material power capability, China is also posing fundamental challenges to the normative fabric of the liberal world order.

What are the key characteristics of China's challenge to the liberal world order and whether the growing confrontation between the established hegemon, the United States, and the aspiring hegemon, China, will result in the global Armageddon requires serious attention.

For long, U.S.-led international organizations have not only enabled Western actors to materialize their interests across the globe but also perpetuate the core liberal assumption that there is only one route to modernity and development, i.e., the Western way.

Acting as the gatekeepers to the Western international community, such international organizations have long played key roles in the socialization of erstwhile non-Western states into constitutive norms, rules and values of the Western world.

The hope for transformation

Since its opening up to the world economy in the late 1970s, Western powers hoped that China would gradually transform into a responsible stakeholder of the liberal international order and adopt its core values, such as consolidation and promotion of the principles of individual entrepreneurship, democratic way of government, minimum state involvement in the economy, rule of law, free trade, the secularization of societal relations and respect for multiculturalism.

The main reason of such optimism was that China benefited from becoming a part of the capitalist world economy and its double-digit economic development was long made possible by its economic interaction with the U.S.

However, it is now the case that China's adoption of capitalist practices has not paved the way for its liberal democratic transformation and the U.S., under the Obama and Trump administrations, have begun defining China as a strategic rival that needs to be contained. Looking from the American perspective, the "strategy of engagement" has now given way to a "strategy of containment."

At stake now is whether China's evolving approach to liberal international order justifies a radical change in the American approach toward China, away from engagement to containment. At closer inspection, it seems that the maintenance of regional and global stability is still in China's national interests. As of today, particularly given the protectionist trade war that President Trump has waged on China and China's galloping internal challenges, Beijing is not in a position to risk the gains of its ongoing development process by adopting a hardline approach toward the United States and its neighbors.

China has the largest reserves in U.S. dollars and its access to the American market, technology and foreign direct investment is still important for its economic modernization. China does not have the luxury of postponing its transformation into an economy in which Chinese companies produce mainly technology-intensive high value-added goods and domestic consumption increases to such an extent that China's economic development is not negatively affected by recessions and contractions in developed Western economies.

The Chinese economy cannot survive long on the principles of export-led growth and high domestic savings. Besides, an aggressive stance against its neighbors will likely push them further closer to the arms of the United States, thereby tarnishing Chinese attempts at manufacturing soft power.

How to gain a role

China has now become the number one trading-partner of not only its neighbors to the south and east but also many developed countries in the West. China is still the global factory of merchandise goods and it needs to import many raw materials from abroad because it is a resource-poor country.

If China wants to benefit from its growing economic relations with other countries, such as through the Belt and Road Imitative (BRI), the message that Chinese leaders have long been giving should continue to resonate: China's rise also means the rise of others. For China's "no-strings-attached" development aid policy not to be seen imperial, China's economic rise should continue benefiting others as well. The improvement of infrastructural capacities of the countries on which China is dependent on for raw materials and to which China exports goods are in the final analysis in China's national economic interests.

An important characteristic of China's rise also relates to its continental size and huge population. Because size matters in international politics, every small increase in Chinese per capita income will lift many Chinese people out of poverty and increase China's share in the global economy.

Despite the fact the per capita income in China is still less than $10,000, China will likely overtake the United States as the largest economy by no later than the mid-century. Any war with the United States will certainly postpone this to much later.

China's challenge to the liberal world order closely varies with its civilizational state identity and core values of Chinese society, such as a father-like status of the state in the eyes of people, unitary state identity, territorial integrity, realpolitik security culture, societal cohesion, primacy of family bonds over individuality, primacy of state sovereignty over popular sovereignty, state's unquestioned involvement in economics and social life, primacy of responsible and ethical statesmanship over electoral legitimacy, resolving conflicts through societal mechanisms and trust relationships rather than legal instruments, primacy of hierarchical relations within the society over egalitarianism and primacy of shame culture over guilt culture.

Another key characteristic of China's rise is that despite all counter allegations that Chinese foreign policy has turned out to become more assertive and aggressive over the last decade Chinese leaders seem to have been following a low key foreign policy orientation by avoiding rigid positions on global issues unless core national interests are at stake, such as the status of Taiwan, Tibet, the Uighur region, the South China Sea and the East China Sea.

Chinese leaders also avoid taking global responsibilities. This is a challenge mainly because the costs of maintaining global stability and providing global commons will dramatically increase absent the Chinese contribution. On the other hand, such a reluctant approach to global governance might suggest that China is not resolved to replace the United States as the global hegemon.

China is not openly questioning the established Western liberal order by either forming anti-Western coalitions of states or doing its best to make sure that Western-led international organizations do not operate smoothly.

It is for sure that China, along with many other rising powers, wants to see that its growing ascendance in global politics be accommodated institutionally and peacefully. However, should Western powers decline to accommodate China, the latter will not hesitate to help establish alternative institutional platforms under its guidance, such as the Asia Infrastructure and Investment Bank and the Regional Comprehensive Economic Partnership. China values external democratization of global politics rather than internal democratization of national politics.

Today's China is not pursuing a strategy of global hegemony. Defining their empire-state as the Middle Kingdom, Chinese rulers have never adopted an imperial mission whose essential logic was to help transform others in China's image. Despite that they believed in the superiority of their civilization, Chinese rulers have never engaged in an empire-building project whose goal was to bring civilization to barbarians.

The expectation was that others would at some time in the future accept and respect the legitimacy of China's primacy and pay their tributes to Beijing in return for Chinese benevolence and rewarding economic relations. Embracing a benign imperial mindset, today's rulers of China want to make sure that a decentralized imperial order take place, first in East and Southeast Asia, in which China sits at the center and other states respect the superiority of Chinese values as well as China's centrality in their development.

China is against the idea of a universal civilization as well as the practices of setting global standards of human rights. From the Chinese perspective, rules, values and norms are relative and products of different time and space configurations. Similar to other great powers, China hopes that its values and norms are shared by others. However, it does not construct its foreign relations on the basis of a normative understating in that it is China's historical and civilizational mission to project its values abroad.

On the contrary, Chinese leaders appear to believe that the main features of Chinese civilizations have already shaped the dynamics of interstate and transnational relations in East and Southeast Asia and that the more interdependent economic and strategic relations China builds with its neighbors, within the framework of realist Westphalian order, the more leverage Beijing will have over other capitals.

It is probable that its historical, civilizational and cultural characteristics on one hand and developmentalist economic philosophy on the other will likely affect China's contemporary foreign and security policies in a more reconciliatory, benign and cooperative fashion. However, this in no way suggests that the process of its climbing up the ladder of power will never cause geopolitical rivalries and conflicts in the years ahead.