When challenging the US dollar hegemony 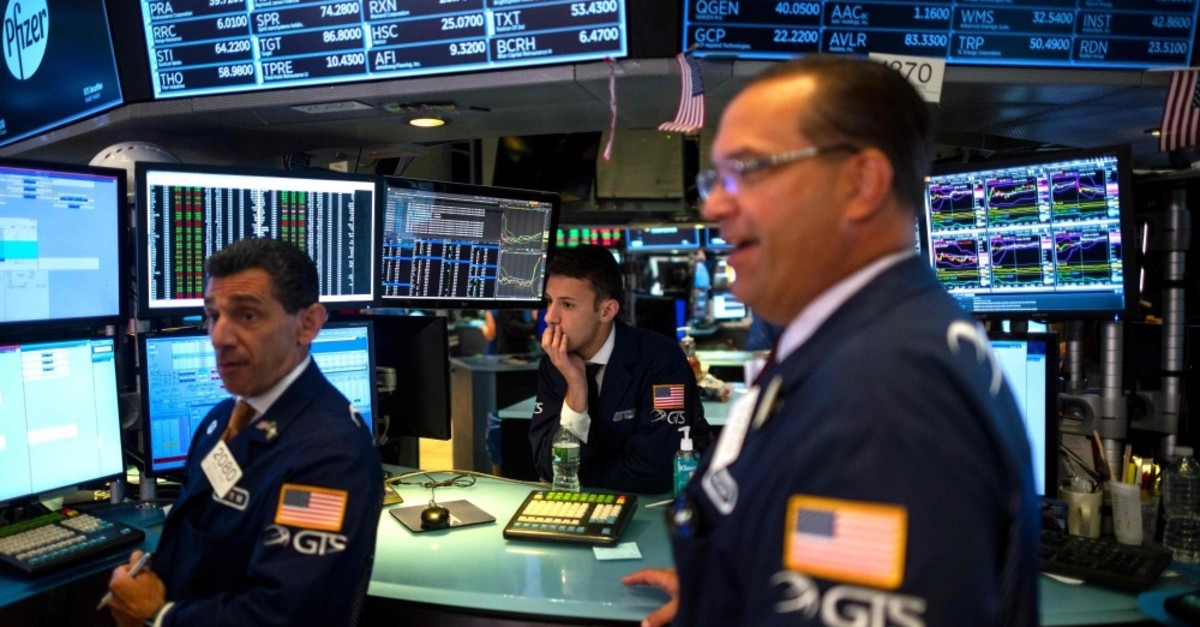 The U.S. dollar has been one of the major tools of U.S. hegemony around the world with its turbulent history from around the end of World War II up until today.

Since the U.S. dollar is an important tool for the survival of the U.S., it needs to be protected, and that is done by military power if necessary. In order to understand the American position in geopolitics and economic relations today, it's important to go through a summarized history and ask ourselves why the military is important in this equation.

Also, keep in mind that about 60 percent of the world's trade transactions happen in U.S. dollars and that the U.S. controls all the important trade routes in international waters. It has taken a few steps to strengthen its control. Before 1971, the U.S. dollar was trusted because it was backed by a gold reserve. However, after 1971, it gained trust as it enjoyed a strong military power and oil sales were done in dollars.

A history leading to the domination

In 1944, World War II was nearing its end, and the U.S. was leading the allies in writing history, not only that but also in drawing the future maps of the world. In July 1944, the U.S. called for the Briton Woods Conference in New Hampshire, which resulted in very important decisions. First, to create the International Monetary Fund that dealt with economic problems in the world, second, to establish the World Bank that dealt with development, and third to make the dollar the world's reserve currency. Those three decisions show how the U.S. controlled the world's economy.

But what convinced the world to accept the dollar as its reserve currency? There are two fundamental reasons for every country's acceptance, not necessarily willingly, but rather the absence of choices explains why.

First is the American military and economic power. Second is the U.S. possessing about 70 percent of the world's reserve of gold and promising to back dollar bills with gold for every $35 with an ounce of gold.

The U.S. also created a condition where no country has the right to interfere in the operations of the Federal Reserve and none would monitor the process of printing the dollar. As such, there was conflict between the larger powers, namely the Soviet Union, who did not accept the American conditions and left the conference.

After the end of the World War II, the U.S. started dumping the dollar in the form of grants or loans on countries all over the world. Soon the American ownership of 70 percent of the world's gold reserve was questioned, but it was too late since everyone had a stake in the dollar.

At the same time, they knew that the U.S. Federal Reserve System would print more dollars each year. As a result, then-French President Charles De Gaulle in 1964 surprised his U.S. counterpart with his request to exchange the dollars possessed by France with gold.

European countries followed the trend: the U.S. had to make the exchange until they found out that they only had one-third of the gold agreed on during the 1944 Briton Woods agreement.

Americans broke the Briton Woods agreement in the year 1971. But this was not a comforting decision as far as other countries were concerned, so the U.S. started to think about connecting the dollar to other assets to ensure its sustainability.

The U.S.-Saudi petrodollar agreement was a landmark that gave extra strength to the dollar. Henry Kissinger, the architect of American foreign policy at that time, arranged a meeting with U.S. President Richard Nixon and Saudi King Faisal.

In the 1974 Jeddah Conference, a deal took place that stipulated sales of oil were to be offered in dollars only. Another agreement was that Saudi Arabia would purchase U.S. treasury bills using excess dollars from oil sales. And the third point was the U.S. military protection for Saudi Arabia from any threat. In 1975, the Organization of the Petroleum Exporting Countries (OPEC) countries followed the footsteps of the Saudi's and sold oil using U.S. dollars only.

The idea of intrinsic value within the currency itself is what's missing from all paper currencies in the world. The connection of the dollar to oil sales strengthened it, especially after the U.S. was not able to fulfill the promise of replacing gold with dollars.

Along with its military power, the economic power of the U.S. and the use of the dollar in global trade transactions gave the dollar the power it has today and made it a strategic tool for the U.S. to control global economics.

The countries that sold oil without using the dollar faced problems – like in the cases of President Saddam Hussein of Iraq and Moammar Gadhafi of Libya in 2001 and 2009, for example.

The countries and individuals that challenged the dollar by introducing intrinsically valued alternative forms of money would also face severe consequences. In 1994, then-Prime Minister Necmettin Erbakan of Turkey proposed the use of gold dinar coins. Additionally, one of the intrinsic reasons why Saddam Hussein was toppled is because of his October 2000 replacement of the use of the dollar with the euro. In both scenarios, the American dollar was on the losing end and required American action.

Ireland, Italy, Malaysia, Vietnam and Singapore were new additions to China and South Korea. Although U.S. President Donald Trump has actually accused China of currency manipulation, it's not easy to actually label a country as a "currency manipulator" since certain measures must be taken to do so. That puts the U.S. in direct confrontation with powerful rivals like China, especially with the ongoing U.S.-China conflict over trade and economic supremacy in the world.

Furthermore, challenging the dollar hegemony continues at a wider scale. Agreements of exchange trade using local currencies are taking place between Turkey, Iran and Russia. This agreement does not please the American administration.

This year, Malaysian Prime Minister Mahathir Mohamad introduced the idea of common trading currency for East Asia that would be connected to gold. "In the Far East, if you want to come together, we should start with a common trading currency, not to be used locally but for the purpose of settling of trade," he said at the Nikkei Future of Asia conference in Tokyo. The main argument Mahathir introduced was the fact that local currencies are affected by external factors and thus easily manipulated.

Due to the American hegemony, there is widespread frustration, and people look forward to new means of exchange. As a result, many have started to wonder when the dollar will collapse.

First, the collapse of the dollar would not benefit many countries because most countries have large dollar reserves, which means great harm for the majority of the world's countries. This is the same reason why the U.S. connected oil sales with the dollar: to connect it to something people value.

This is also the same reason that Erbakan before, and Mohamad today connect their currency propositions with gold – everyone values gold and none will allow the value of gold to deteriorate. Because the U.S. understands that equation well, it will not allow such ideas to take hold in the first place.

Likewise, the U.S. dollar is a powerful American weapon that is arguably more effective than nuclear weapons at this point. In fact, Erbakan described the gold dinar as more powerful than an atomic bomb.

That means the U.S. dollar is heavily protected by the U.S. and challenging it leads to severe consequences. Regarding new technologies that would challenge the dollar such as bitcoin, the U.S. would allow the growth of such a means of exchange to a certain level, similar to goods and services being exchanged using other currencies.

If the bitcoin reaches the point where it challenges the dollar, there is no question of its demise. Major challenges to the supremacy of the dollar could lead to military confrontation, this fact displaying just how important the dollar is to the American administration.