Brexit is the outcome of political mismanagement 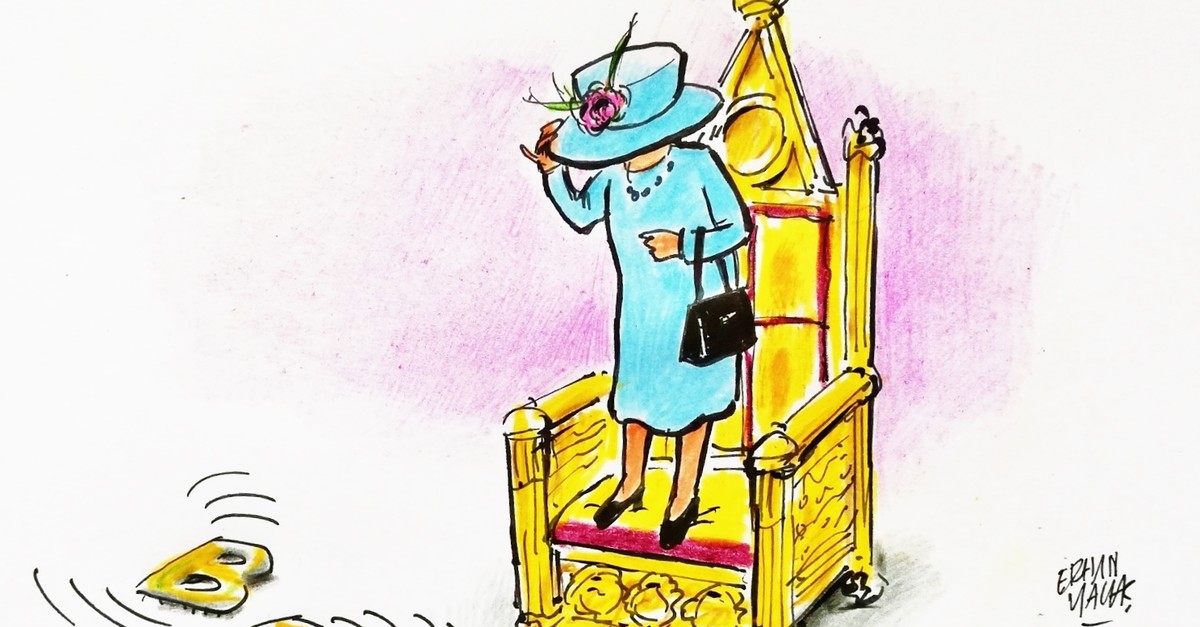 Some British people thought Brexit would strengthen the U.K., but there is only a limited exit from a limited partnership, and it is getting worse

European politics have been going through fluctuations of late. The prime reason being the decision of the U.K. to bid adieu to the European Union, thereby giving rise to a whole set of debates and discussions about the future of the EU after Brexit. Although it appeared to be a shocker, it wasn't, given the history the U.K. has had in the transnational arrangement ever since it joined. The U.K. has rarely been a contented member of the EU. Phrases like "awkward partner," "stranger in Europe," "limited enthusiasm" and "half-hearted engagement" have often been associated with the U.K.'s EU membership, which not only exposed its discomfort with the EU but also made a weak case of its future with the EU.

It is therefore interesting to dig deeper as to what were the other factors responsible in such a decision. It also gives rise to an important question: Whether this exit could be avoided, given the historical discomfort of the U.K. with the European Union.

The calculus behind joining the European Economic Community (EEC) in 1973 was based on how well membership could be reconciled with Britain's pursuit of multilateral free trade and its "special relationship" with the U.S.

Transnational engagement was what the U.K. was looking at but not at the cost of any bilateral relations. What could be understood from the U.K.'s approach then was that it sought to balance enhanced trade relations with the EU through integration and also retain the right to engage in bilateral trade as per its will. However, continued opposition from anti-EU parties and the then-government's rather confused stand on the same has further complicated the issue to such an extent that decades after being with the EU the United Kingdom now stands at the exit door amidst a worse crisis, limping to find a way to exit the EU.

The U.K. always had a distinct identity from the rest of Europe owing to its geographical island location, which has prevented any serious military incursions, defeat and subsequent regime changes. It seemed that this distinction always played on the minds of the leaders in the U.K. and the wider population in general. This thinking was evident in the U.K.'s approach of exceptionalism toward the EU. The U.K.'s exceptionalism could be seen in its decisions to not adopt the euro and remain out of the Schengen area. This also meant that while the U.K. is committed to integration in trade matters, it would behave judiciously in matters of sharing its powers and sovereignty. While the EU endeavored that fully integrated member states would significantly transform the EU during thick and thin, the U.K. maintained its position of exceptionalism and was reluctant to be fully integrated.

However, the U.K.'s pivotal role in the EU's key developments cannot be overlooked. It was a core driver behind development of the European Regional Development Fund in the 1970s, the single market program in the 1980s and a strong advocate of enlargement in the 1990s and 2000s. T his very influence of the U.K. in the European Union in driving major projects and being at the forefront of several initiatives was evident by the fact that it had managed to maintain a different image of itself in the EU and thus played a major role on many fronts.

In spite of that, successive U.K. governments have done little to convince voters about how much U.K. preferences have shaped the current EU. The U.K. was the major contributor to the EU when the Greek economy was going through crises and bailouts were inevitable. It is therefore clear that the U.K. has time and again played an important role and contributed toward a stable EU, but the inability of the ruling elites in the U.K. to portray this positively resulted in a tragedy for the U.K. What the average voters saw and understood is that the U.K. is draining its economy on matters that shouldn't matter to it and in turn refugees is what they receive.

June 23, 2016, did bring significant change in the dynamics of politics in the U.K. However, this shift did not happen overnight but rather was a result of multiple factors that made this result possible.

Apart from the discussion above, it is important to know that ever since the 1990s, the U.K. has seen growing euroskepticism prevalent in its society, among the population, in the ruling Conservative Party and also expressed by certain populist parties like UKIP.

Successive governments were able to contain this skepticism through formal opt-outs, vocal assertions of national interests, cautious engagements, rejections of closer engagements with the EU and so on and so forth to achieve short-term goals, but a permanent response to this question was far from being found. Thus, the scope for euroskepticism was always left open for populists to exploit.

The Conservative-Liberal Democrat coalition somehow sought to balance the situation through constructive engagement with the European Union, while also not holding back on protecting its sovereignty through all means possible.

The coalition government sought to play a leading role in

the EU but also agreed not to transfer any powers to the EU without a referendum, thereby making the people's will a prerequisite for any further integration with the EU.

The tentative approach of the government could be seen as far as handling public pressure was concerned. Such decisions are better handed over to the elected legislators rather than the masses. This rather obviously was followed by 111 Conservative MPs voting in favor of a National Referendum in October 2011. Meanwhile in 2012, the Oxford English Dictionary added Brexit to their collection.

Nobody knew back then that the U.K. was staring at a major crisis in Brexit.

Then-Prime Minister David Cameron delivered a speech on Jan. 23, 2013, and promised to attain "new settlement" to the U.K.-EU relationship and an "in-out" referendum if the Conservative Party comes to power in 2015.

This certainly was a trigger to what followed next in British politics. The assurance by the prime minister not only won him another term but also offered a strong talking point for populist parties like UKIP, which made sure that it exploited it to the fullest against the Cameron government and also to garner some votes for themselves.

Apparently, June 23, 2016, marked the beginning of a long-term crisis in the history of the U.K., with 51.9% of U.K. citizens voting to leave the EU. Although it was not an overwhelming majority that were in favor of the "leave" vote, it was inevitable for the government to go ahead with something they had never planned for.

Since then the political elites have been working hard to find a deal, but things only seem to get complicated, with Northern Ireland on the one hand and the European Union on the other.

A valuable take-away from this particular episode would be that, referendums, as a provision in politics, should never be used for power politics. Representative democracy is based on the belief that the elected representatives decide for the masses and the country at large.

Reversing this trend by posing such important questions to the general population is not a wise thing to do. It may sometimes be necessary, but in the case of the U.K. it was surely not the best option to go for. Whether Brexit will happen or not is still uncertain, but what is certain is that whenever short-term political interests come in the way for long-term visions, countries tend to go into crises that become inevitable.