Building a Turkey-Italy partnership based on mutual interests 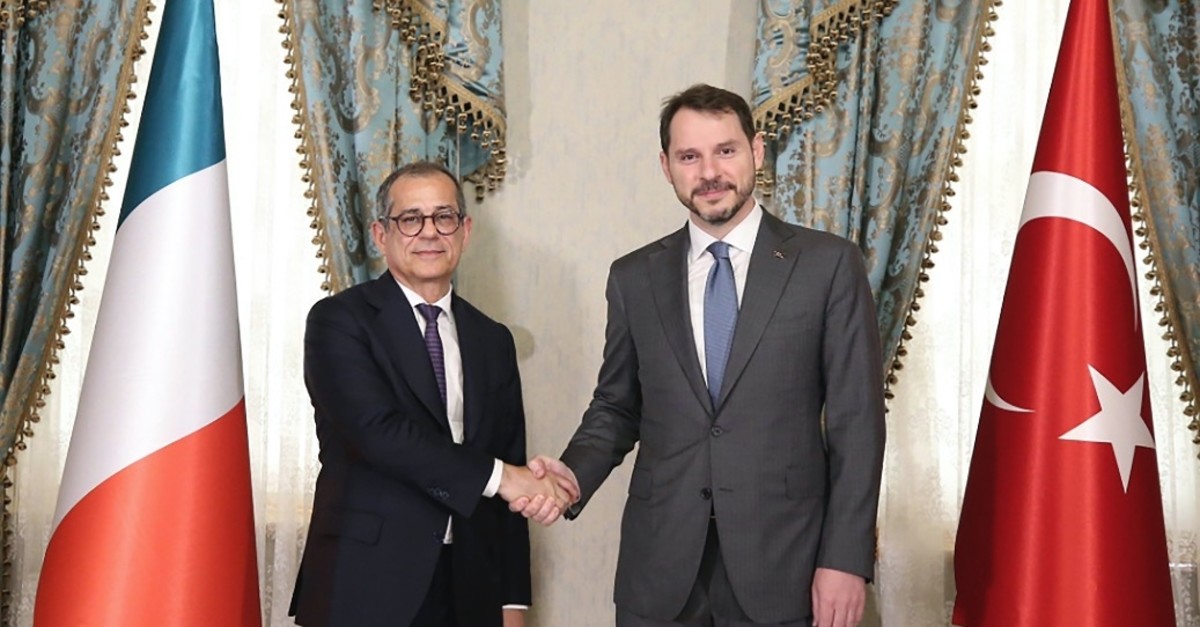 Treasury and Finance Minister Berat Albayrak and his Italian counterpart Giovanni Tria during a meeting on bilateral relations between Turkey and Italy, Istanbul, July 22, 2019.
by Valeria Gianotta Aug 06, 2019 12:05 am

At a time when Turkey is suffering from problems in its relations with the West due to sanctions, Italy has confirmed itself to be a valuable partner. As often stated, "the relations between Ankara and Rome are more than a special friendship" and indeed friends prove themselves in critical times.

Despite some disagreements on certain issues and files, mutual connections and sympathy remain solid and strong. Just in the last few months, there have been important institutional visits, a sign that relations and interests in Turkey are important to Italy.

More recently, on July 22, Italian Economy and Finance Minister Giovanni Tria was in Istanbul for a meeting with his Turkish counterpart Berat Albayrak and with major industrial groups in Turkey.

The meeting was defined by both sides as very positive and productive.

"We agreed to initiate mutual efforts to increase the economic and commercial cooperation between our countries to the desired level," Albayrak tweeted, while Tria commented that "strengthening bilateral relations and mutual trust will only strengthen economic growth in both of our countries."

Indeed, along with huge investments and 20 billion euros ($22.3 billion) per year, Turkey is a strategic partner for Italy to the extent that bilateral exchange reached its peak in 2018 with 506 billion euros. This put Italy at second place – after the Netherlands – on the podium of Turkey's European partners.

Nowadays, the common goal is to strengthen bilateral economic and financial cooperation by exploiting further opportunities that both economies offer. Overall, Turkish and Italian economies share some similarities and the business complementarities are added values.

Unlike other cases, such as Russia and China, which are Turkey's biggest global partners with imports winning out over exports, the bilateral trade with Italy is better balanced. Of course, this is a positive sign of how the economies are perfectly integrated and how cooperation works not only for what concerns the respective territories, but also with reference to third countries. In 2017 the Italian agency specialized in supporting Italian companies in the global market (SACE) and the Turkish export credit bank (Eximbank) signed cooperation agreements for supporting further bilateral activities in a wider spectrum of third countries, as cooperation is already going on in some African countries, Kuwait, Turkmenistan, etc.

The close trust relationship is also proven by the recent concession to Yilport in managing the Italian harbor of Taranto. As the 13th world operator and the first operator in 2018, Yilport, along a 49-year concession issued by the Ionian Sea Port Authority, takes up a dock whose length is 1,900 meters, which in recent years has been subjected to works of expansion costing about 70 million euros of public funds.

After one year of hard negotiations, the task was reached and "Taranto is now ready to be a successful story," as Robert Yüksel Yıldırım, president of Yilport, stated.

Hence, the glue of this activism enhancing bilateral ties is a "people to people" relation where dialogue and cooperation are the privileged tools. This closeness is furthermore shown by the huge amount of visas Italy issues for Turkey, which is the third beneficiary after China and Russia.

However, the recent diplomatic traffic shows that Italy and Turkey are as well connected on international files. Last June, the general secretary of the Italian Foreign Ministry visited Ankara to discuss regional issues with Deputy Foreign Minister Sedat Önal and İbrahim Kalın, the senior adviser to the Turkish Presidency.

Earlier, alongside the International Defense Industry Fair (IDEF) 2019, which was held in Istanbul, Defense Minister Hulusi Akar and his counterpart Elisabetta Trenta had a cordial meeting, where they shared the mutual wish to continue to strengthen bilateral cooperation by defending their mutual interest in the Mediterranean.

From a liberal point of view, even if there are political discrepancies and disagreements, industry and business are uniting factors by reinforcing relationships and welding them into further trust that can be strengthened over time.

And more importantly, as unity means strength, it is realistically conceivable that in the international context, experiencing the advance of great powers, two middleweights like Turkey and Italy can counter their expansionist aims and therefore protect their own interests through solid cooperation.